It is the 4th match of the Assam T20 2021 which is going to played between Barak Bravehearts and Subansiri Champs. Barak Bravehearts won their first game against Manas Tigers by chasing down the target of 43 runs in the rain-affected game. They will be expecting to continue the same momentum in the next game.

On the other side, Subansiri Champs have also kicked off their campaign with a win in their first encounter. Having a look at the match, Subansiri Champs both bowling and batting departments did well against Kaziranga Heroes. Both the teams would look forward to getting a win in the upcoming game to rule the top position on the league table.

The pitch is pretty balanced. It is not a high scoring wicket. Also, teams winning the toss should look to bat first and put up a good total on the board.

Rajjakuddin Ahmed is a talented all-rounder who can add valuable points to your team. He picked up 2 wickets and added 18 runs while chasing the target against Manas Tigers.

Nipan Deka has assisted very well with the ball. He also bagged two wickets by giving away just 7 runs in his spell.

Mekhail Doley has bowled really well in the first innings against Kaziranga Heroes. He picked up 3 wickets and gave away just 20 runs in his 4 overs spell.

The skipper of Subansiri Champs Kunal Saikia has played a vital role in the opening game. He scored a match-winning knock of 47 from 44 balls that helped his side to run over the victory line. 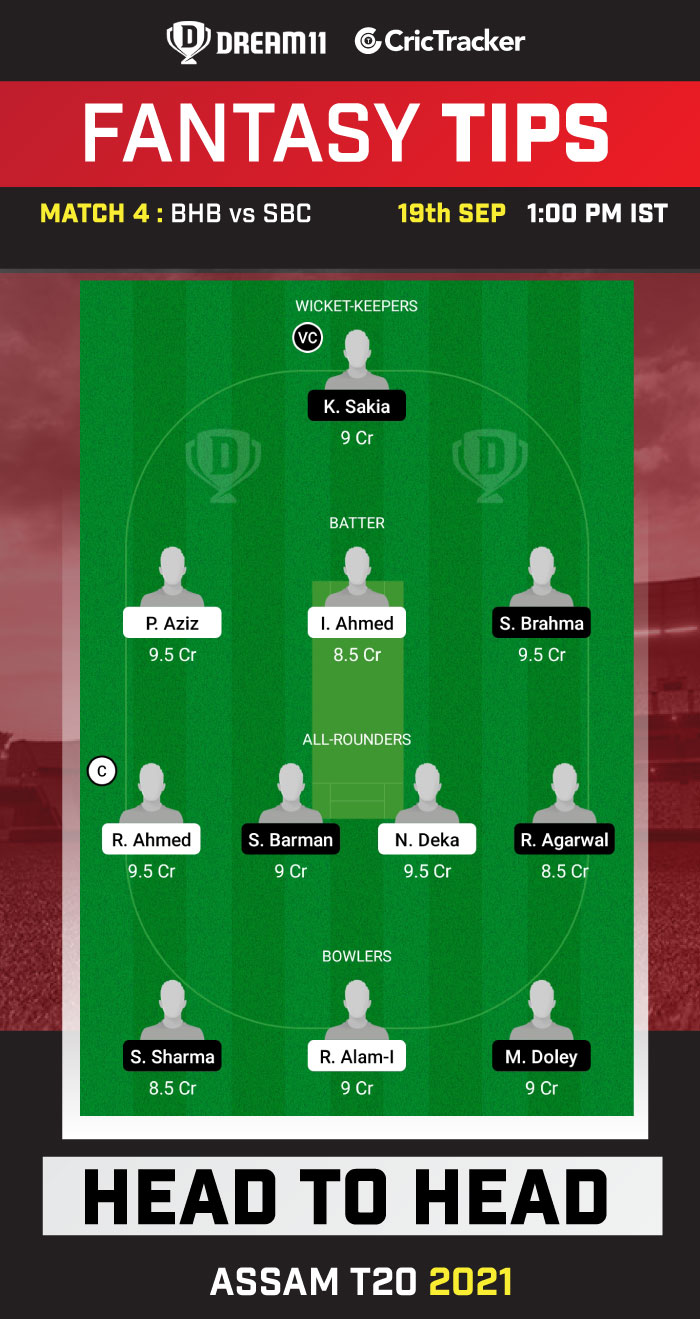 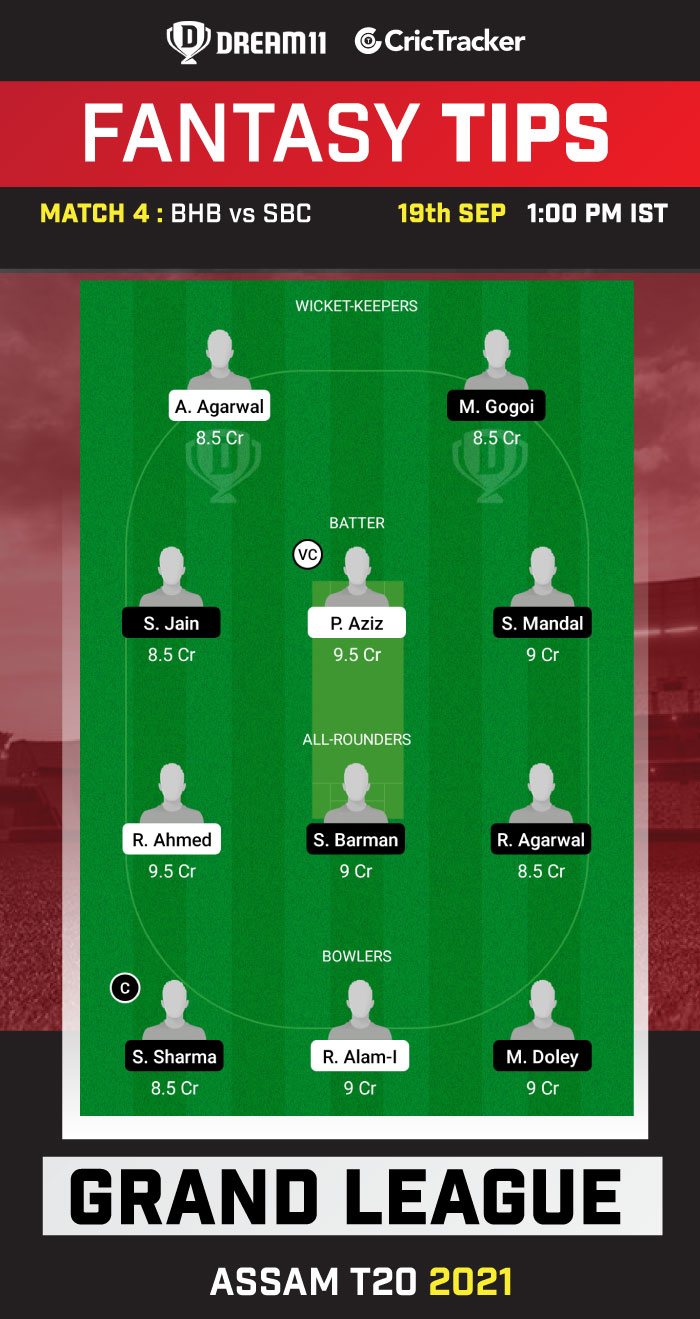