David Warner and Virat Kohli are good options to make Captain of your Fantasy team. 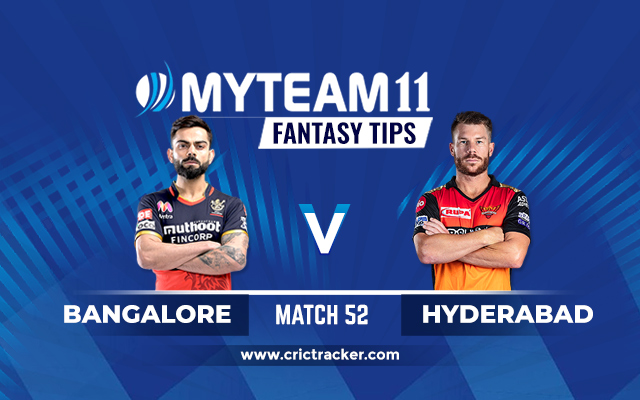 The 52nd match of the Indian T20 League 2020 will be played between Bangalore and Hyderabad at Sharjah Cricket Stadium in Sharjah. We have got the best Bangalore vs Hyderabad team prediction for today’s match.

Bangalore vs Hyderabad Match 51 is scheduled to start at 07:30 PM IST (06:00 PM local time) (02:00 PM UTC). The game will be telecasted on the Star Sports Network (Available in English, Hindi, Telugu, Tamil, Kannada and Bengali). Also, live streaming will be available on Disney+ Hotstar.

Bangalore are taking on Hyderabad in their next fixture of the Indian T20 League. Bangalore are coming off two consecutive defeats and desperately need a win to seal their playoff spot. They are in a comfortable position with 14 points and two games in hand. They didn’t have much to bother as their team possessed a good balance with in form batters and bowlers. Bangalore won against Hyderabad from a difficult position last time around and will be expecting to make it two in a row this season against them.

On the other hand, Hyderabad also has a very good chance to be in the playoffs. They are coming off a huge win against Delhi. Both the openers, Wriddhiman Saha and Warner scored the highest powerplay score of the season Hyderabad has a very good NRR under their belt. They can easily qualify with 14 points at the end with Punjab losing their remaining matches. It is a do or die match for them to remain in the contention of the playoffs. 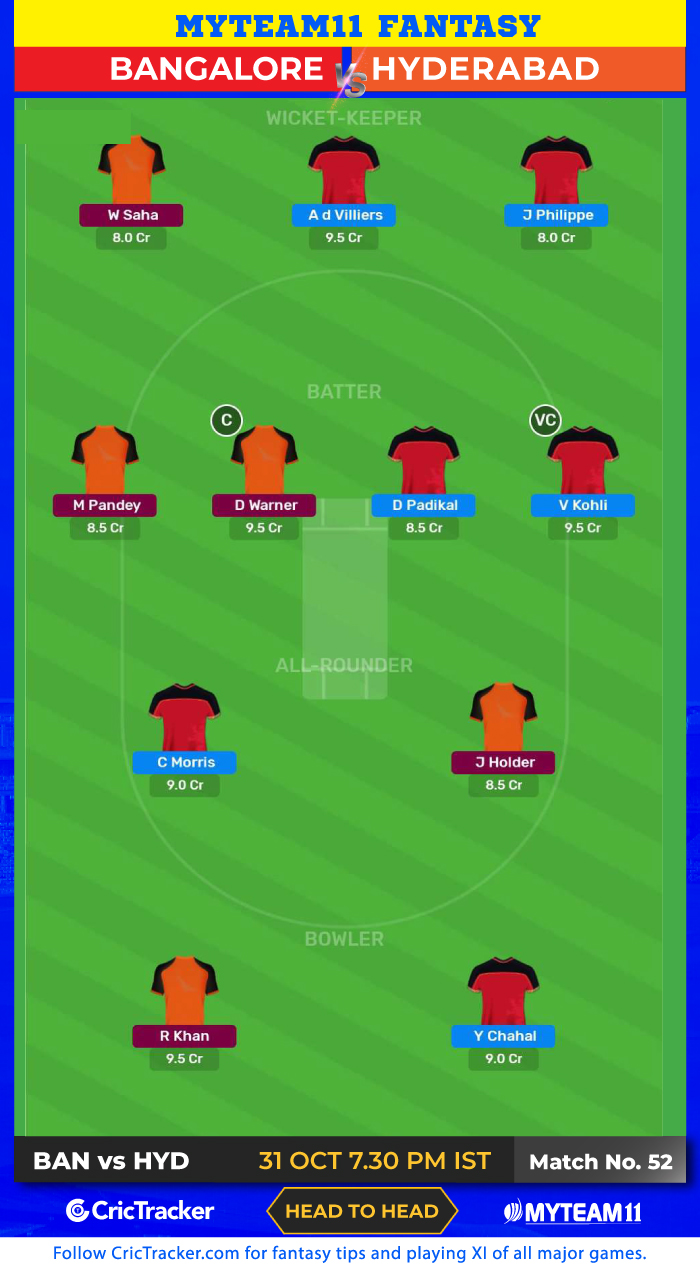 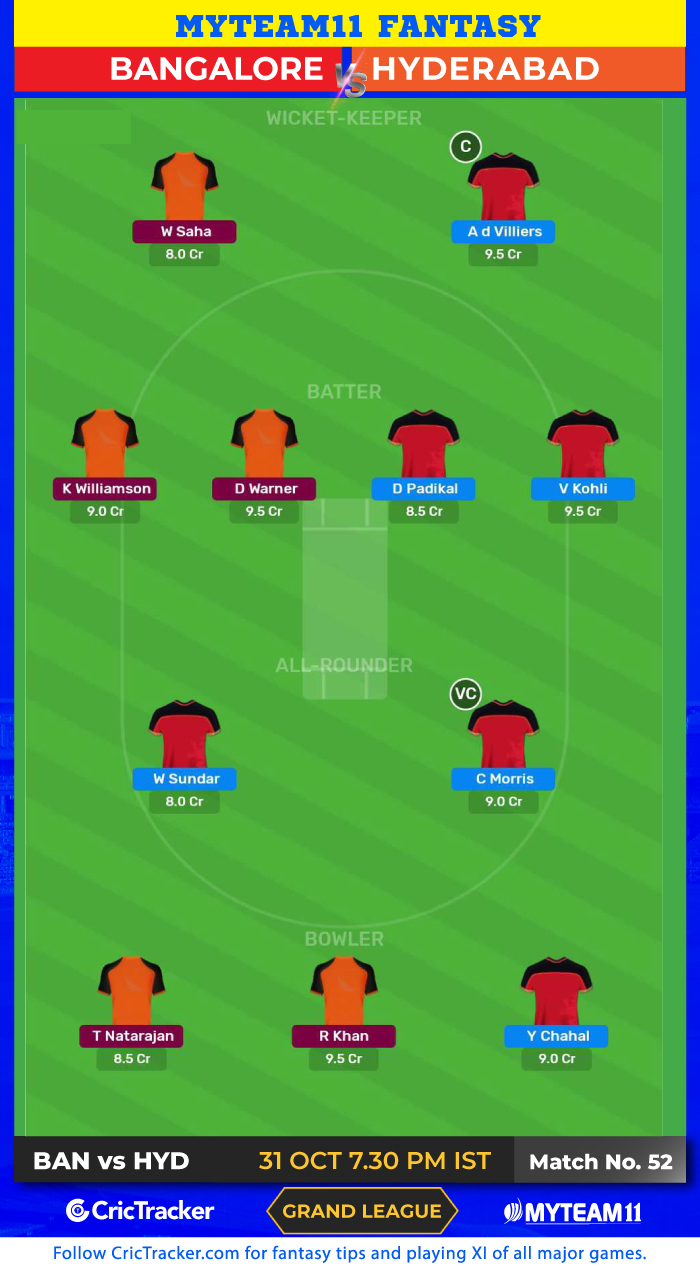 Navdeep Saini is unlikely to feature in this match as well.

The temperature will be around 31 Degree Celsius during the match time at Sharjah. Dew is expected to come in the later half of the season.

The Sharjah pitch has become a bowling paradise lately. In the last couple matches at the venue, we saw the team bowling first getting the most out of the pitch. Team bowling first will get the advantage of the conditions at Sharjah.