Ritu Moni can be a risky captaincy pick for your fantasy team.

Bangladesh will be hosting South Africa Emerging Women in the 5-match Unofficial One-day series, which is starting from the 4th of April. Both sides have got International capped players in their lineup and we can expect some interesting battles between them.

South Africa was beaten by Bangladesh Women on their home turf by 2-1 way back in 2019. Bangladesh Women are hard to defeat in their own backyard and will hence be the favorites for this series.

Out of 4 matches played here, the team batting first has posted 300 plus scores thrice, which shows the track completely favours the batswomen and tends to get slow down in the latter half.

IPL 2021: Dhanashree Verma gets emotional after Yuzvendra Chahal gets his maiden wicket in the tournament

Fargana Hoque has played 37 ODI matches and has scored 732 runs at an average of 21.52, with the highest score of 69*. She is a good captaincy pick for your Dream11 fantasy team.

Faye Tunnicliffe just represented South Africa Women in 3 ODIs and has scored 15 runs in 2 innings with a strike rate of 71.42.

Rumana Ahmed has represented Bangladesh Women in 38 ODI matches and has scored 827 runs at an average of 53.45, with the highest score of 75. With the ball, she has picked up 42 wickets.

Anneke Bosch has played 8 ODI matches for South Africa Women and has scored 106 runs at an average of 26.5, while with the ball, she has picked up one wicket at an economy of 4.91 runs per over.

Nondumiso Shangase has played 6 ODI matches for South Africa Women and has picked up 5 wickets at an economy of 4.85 runs per over, with the best bowling figures of 2/43.

Nigar Sultana has played 21 matches for Bangladesh Women and has scored 360 runs in 18 innings at an average of 24, with the highest score of 59*. She has also affected 13 dismissals behind the stumps. 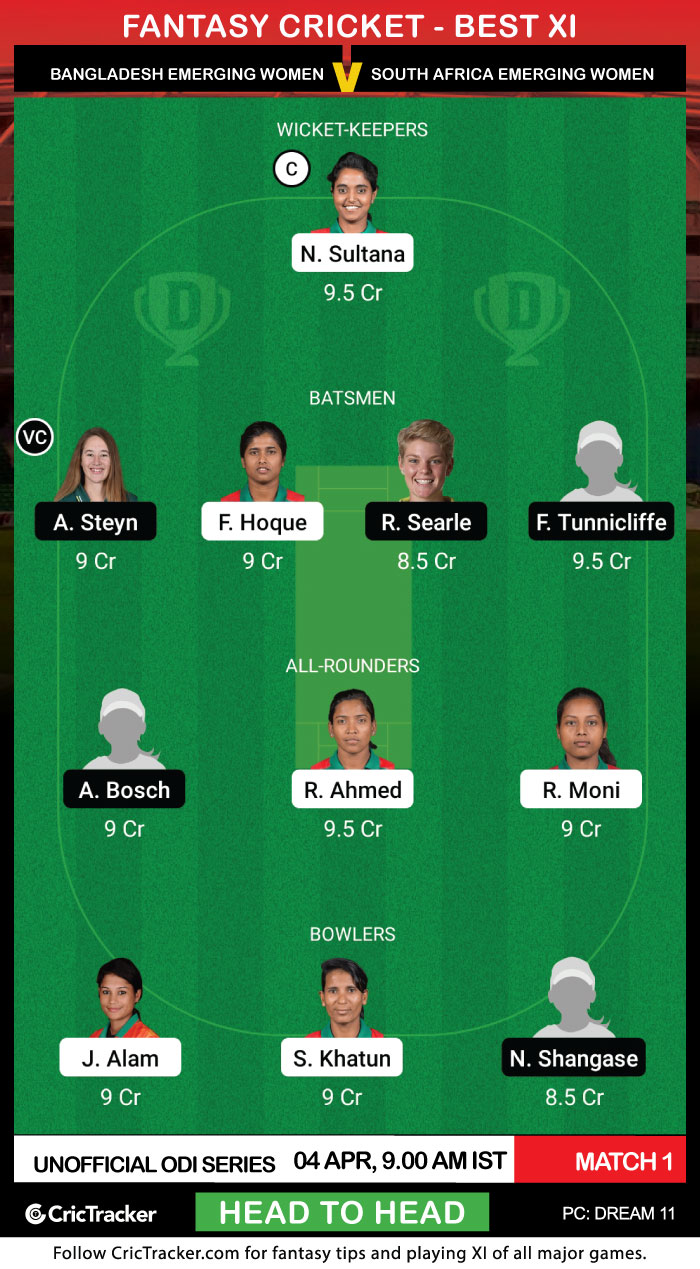 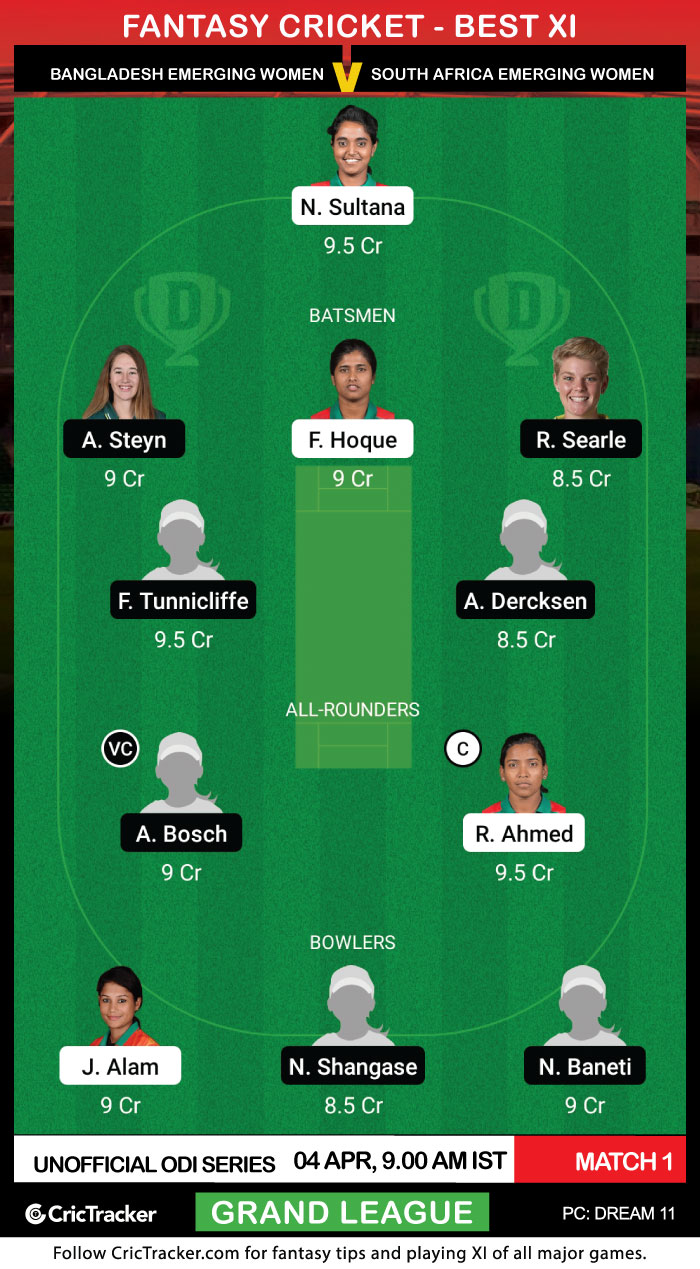 Ritu Moni was selected by 87.45% of users at the time of writing. She has scored 156 runs in 16 ODI matches and picked up one wicket. She can be a risky captaincy pick for your fantasy team.

Robyn Searle hasn’t represented South Africa Women in the ODI format, but she has scored 134 in 3 matches in the previous unofficial ODI series against Bangladesh Women.

Sinalo Jafta has scored only 23 runs in 6 innings at the International level and her strike rate is also poor. Considering these factors, you can avoid her while making your Dream11 fantasy teams.