Dhaka were the only team who were able to beat Chattogram in the league stage. 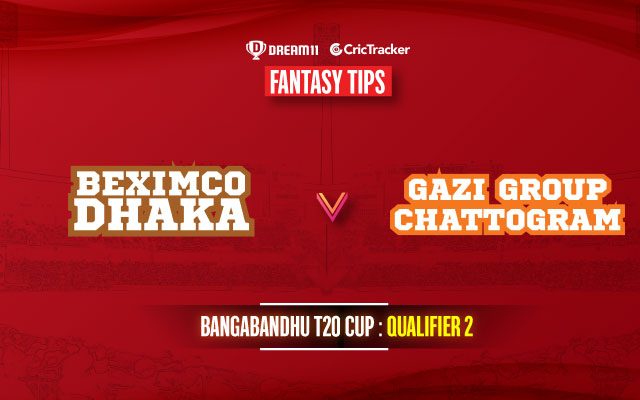 The Qualifier 2 of the Bangabandhu T20 2020 will be played between Beximco Dhaka and Gazi Group Chattogram at the Sher-e-Bangla National Stadium in Mirpur, Dhaka.

Gazi Group Chattogram were the standout team in the league stage of the Bangabandhu T20 Cup as they finished atop the points table. But in the first Qualifier, the team, captained by Mohammad Mithun, went down to the Gemcon Khulna, losing by 47 runs.

Mahmudullah’s Khulna registered a mammoth score 210 after which Chattogram were bowled out for 163 two balls short of 20 overs. Despite the loss, Chattogram will have another bite at the cherry against Beximco Dhaka in Qualifier 2 on Tuesday.

In the league stage, Dhaka were the only team, who were able to beat Chattogram, though only one out of two times. Moreover, the fact that Mushfiqur Rahim and Co beat Fortune Barishal by nine runs in the Eliminator would also keep in a positive frame of mind.

The playing conditions will be pleasant with the temperature around the 25 degrees Celsius mark. The humidity will mostly be in the high-50s. There will be 41 per cent cloud cover, but with no chances of rain.

The pitch in Dhaka has been an absolute belter for batting in recent times. But in the crunch game, teams should opt to bat first and put pressure on the opposition. There might be a bit of dew in the second half.

Liton Das has been outstanding for the Chattogram team at the top of the order. In eight matches, he has notched 330 runs at an average and strike-rate of 55 and 128.40 respectively.

Yasir Ali Chowdhury has been the most impactful batter for the Dhaka team, scoring 270 runs at an average and strike-rate of 38.57 and 125.58 respectively. He will be looking for another decent team.

Mustafizur Rahman has been a genuine wicket-taker for Chattogram, picking 18 wickets from eight games. Since he bowls at the death, he has a chance of picking up wickets in the next game as well.

Mushfiqur Rahim has scored 262 runs at an average and strike-rate of 37.42 and 116.44 respectively. Though he only one fifty to show for his efforts, he has chipped in with useful runs.

Muktar Ali is the most expensive among the other Dhaka bowlers with an economy rate of 9.17. But the fact that he has picked up 16 wickets from nine games talks about his wicket-taking ability. 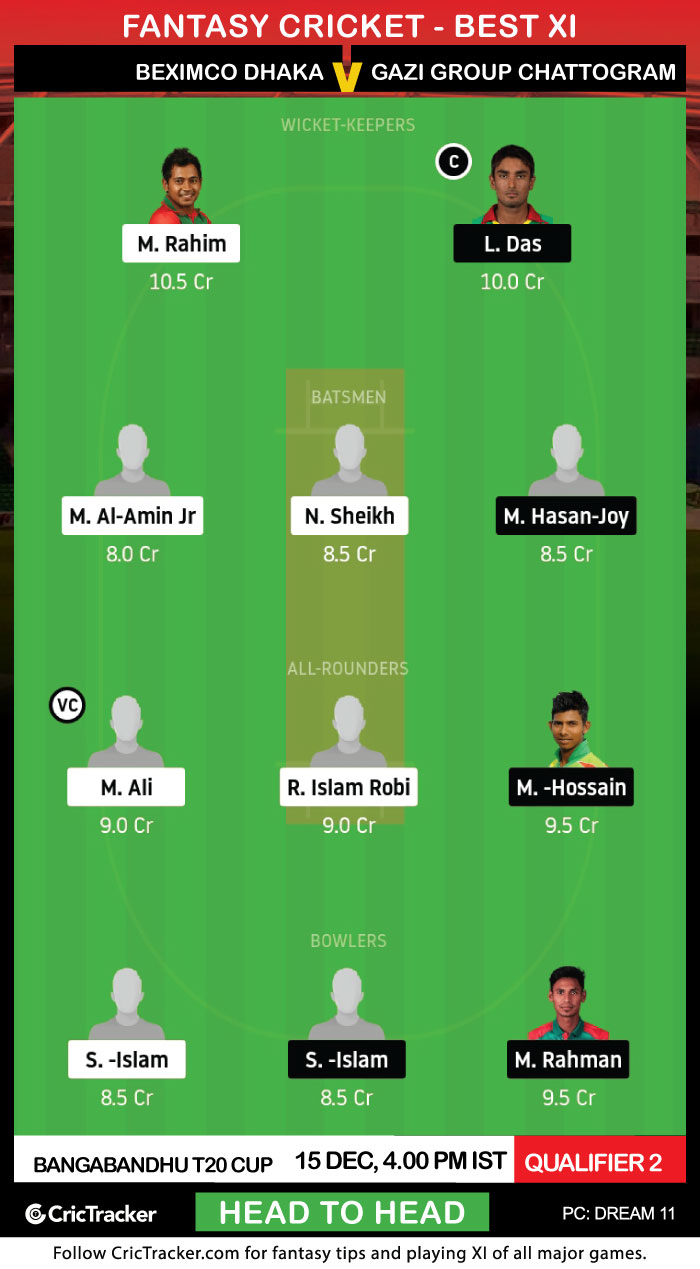 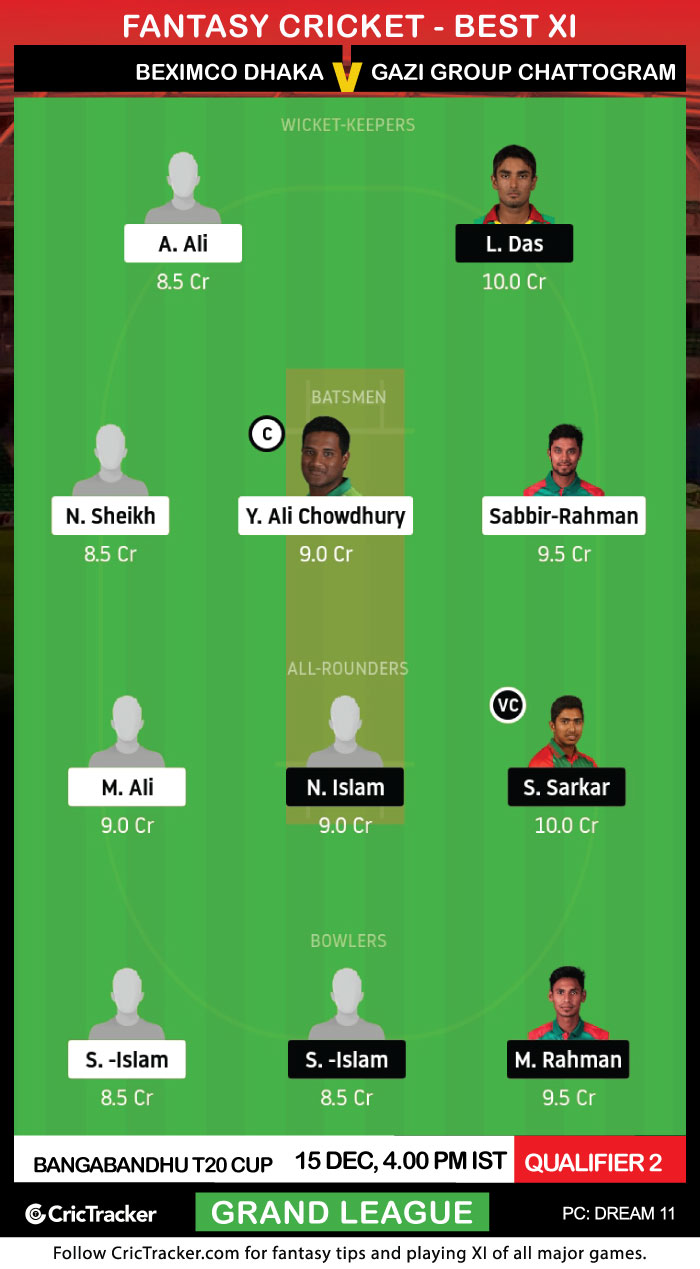 Picking all of Soumya Sarkar, Liton Das, Mushfiqur Rahim and Mustafizur Rahman leave you with 60 points for the other seven players. Selecting all of them may not make it easy for the rest of the team. Sacrificing one, mostly Soumya Sarkar should be the preferred option.

The team, batting first, are expected to win.