Seifert is the best option to make the captain of the Fantasy team. 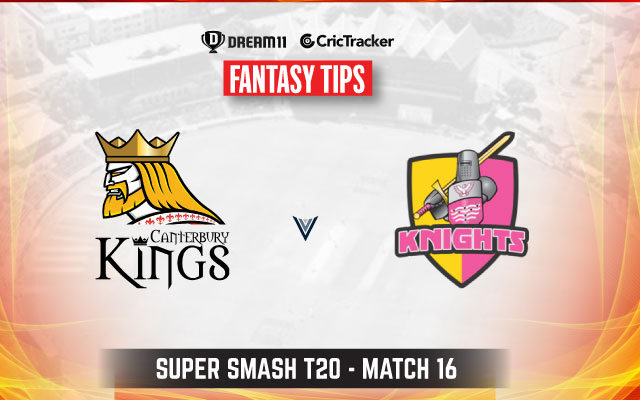 The 14th match of the Super Smash 2010-21 will be played between the Canterbury Kings and Northern Knights at the Hagley Oval, Christchurch.

Canterbury Kings will take on Northern Knights at their home ground in Christchurch. This will be their third home game of the season. They have won and lost one game each in their previous home games and would like to win the rest of their home games. They have had a good season so far with three wins from four games and are placed third on the table.

Northern Knights haven’t had the best of seasons as they have lost four of their five games this season and are placed fifth. With half of the league stages done, they would really like to turn things around in the second half of the season if they are to qualify for the knockouts.

It will be partly cloudy in Christchurch but there is no chance of rain at all. The humidity will be high and the temperature will be around 20 degrees Celsius.

It is a good track to bat on in the first innings. The pitch gets a bit slow in the second half which makes chasing a little difficult. Teams would look to bat first after winning the toss.

Daryl Mitchell has scored 84 runs from 2 matches at a strike rate of 137.70 and has also picked up 3 wickets.

Anton Devcich has mustered 168 runs in 5 innings at an impressive strike rate of 175!

Tim Seifert is the top-scorer for Northern Knights with 206 runs at an average of 41.20. 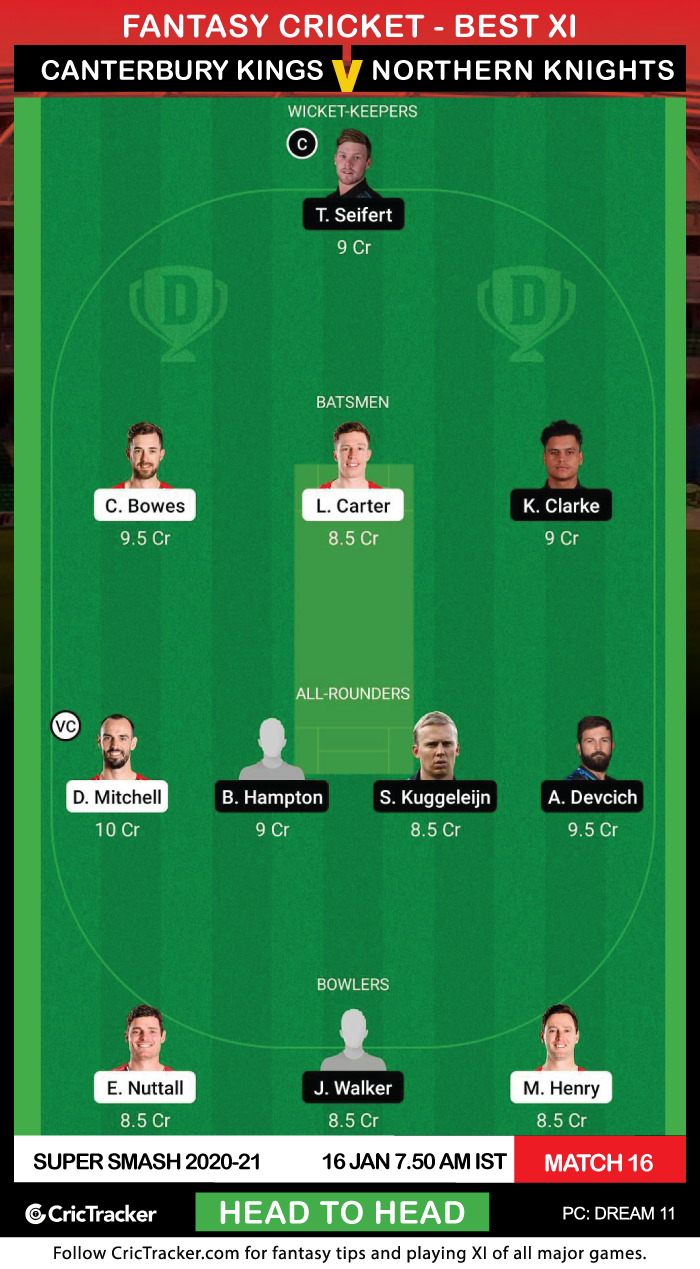 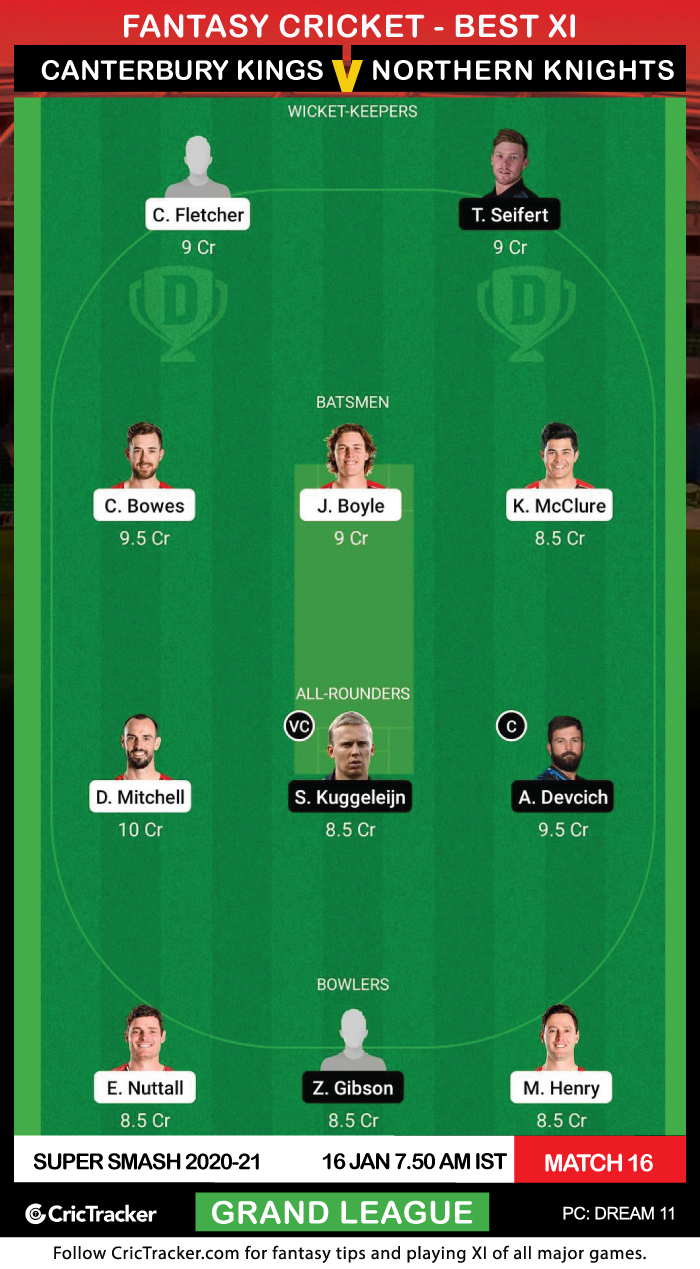 All the all-rounders from both the side are in good form hence it is advisable to pick as many all-rounders as you can in your Dream 11 fantasy team.