It is advisable to pick Aiden Markram in both of your Dream11 Fantasy teams.

The final of the CSA 4-Day Franchise Series 2020-21 will be played between Dolphins and Titans at the Kingsmead Stadium in Durban, starting from 25th March.

Both the teams are coming off an impressive performance in their respective last games. In the match between Warriors and Dolphins at Port Elizabeth, Dolphins won the toss and chose to field and bundled out Warriors for only 124. All the Dolphins bowlers picked up wickets but Eathan Bosch was the best of the lot with his 3/18.

In the game between Lions and Titans, Lions won the toss and elected to bat first and scored 206 runs. Dominic Hendricks showcased the best performance with the bat for the Lions with his stunning 99. Titans failed to post a big total and they bowled out for 202. Aiden Markram’s 100 was the only bright spot in their batting. Lutho Sipamla and Kagiso Rabada picked up 5 wickets each to trigger the collapse for Titans. They, however, were able to salvage a draw.

Cloudy weather and thunderstorms are expected throughout the four days. This match is likely to get impacted due to rain and overcast conditions

The pitch is a grass0covered surface with true bounce and we can expect good seam movement of the surface. The team winning the toss should look to field first to extract maximum out of the available conditions initially

Aiden Markram is the man in form for Titans and has done the bulk of the scoring for them. He has scored 945 runs at an average of 94.50, including five centuries and two half-centuries

Dean Elgar is also amongst the leading run-scorers in the series and has scored 484 runs in seven matches with an average of 40.33

Keshav Maharaj has been in amazing form with the ball for Dolphins. He has picked up 34 wickets in five matches at an amazing average of 20.47.

Lizaad Williams has bowled very well for the Titans in the entire series. He has picked up 27 wickets in six games with an impressive bowling strike rate of 46.7

Keegan Petersen has proved to be a very effective batsman for the dolphins. With the bat, he has scored 468 runs at an amazing average of 46.80

Also Read – ‘Would you have removed Jasprit Bumrah as well?’ – Virender Sehwag accuses Team India of being partial in selection matters 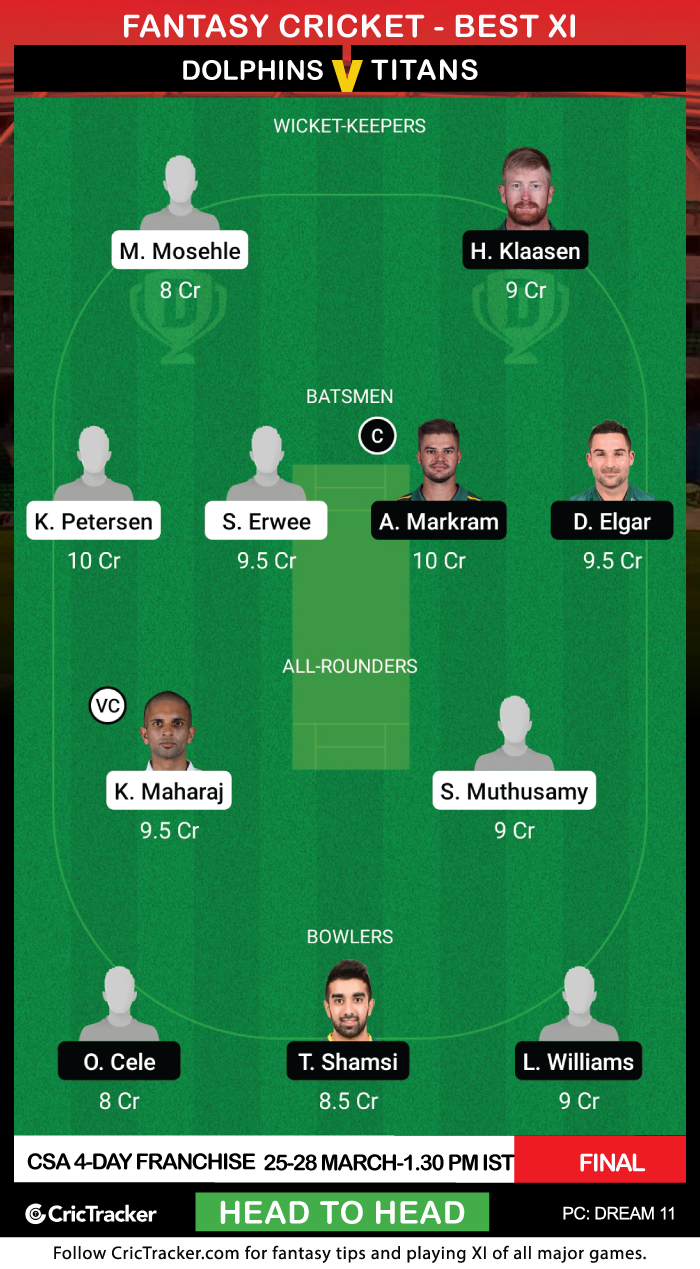 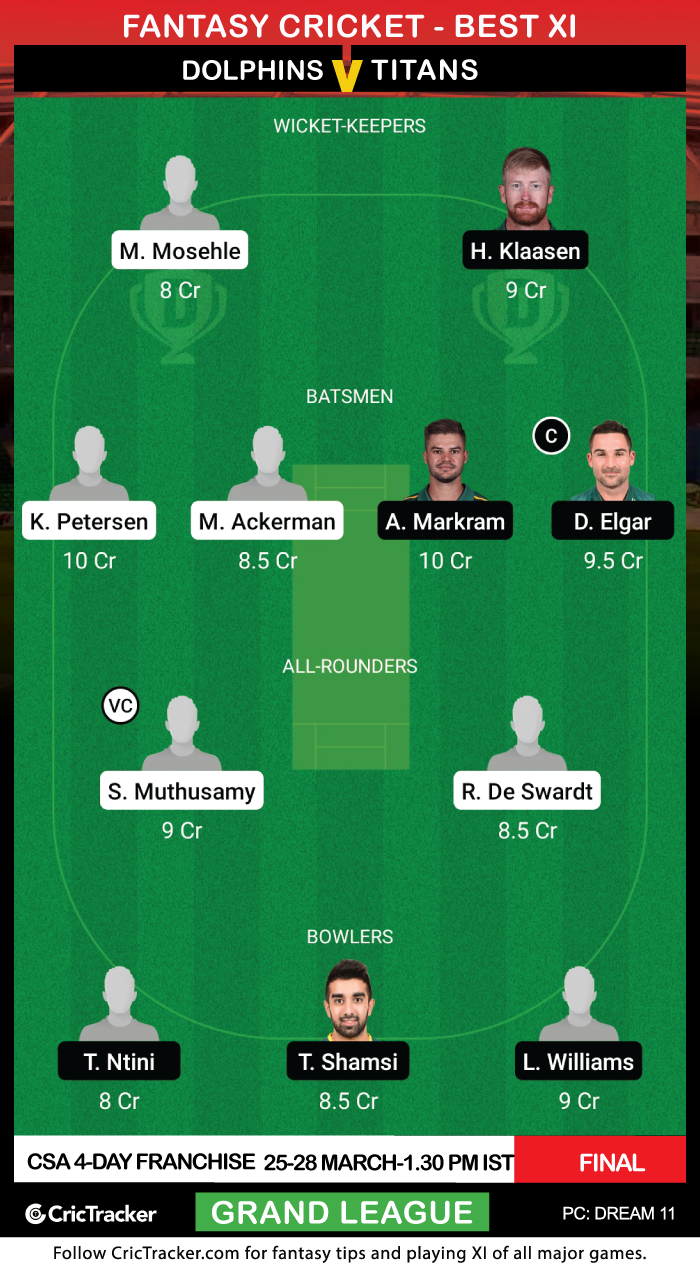 It is advisable to pick Aiden Markram in both of your Dream11 Fantasy teams as he is in very good form throughout the series and is a key batsman for Titans.

Titans are expected to win this match