Kalighat Club are expected to do the double over East Bengal Club.

The 17th match of the Bengal T20 League will be played between East Bengal Club and Kalighat Club at the Eden Gardens, Kolkata.

The match is scheduled to start at 07:00 PM IST. This match will be streamed live on FanCode.

East Bengal Club will lock horns with Kalighat Club for the second time in three days. It was the latter who came out victorious in their previous encounter, but only by wickets. Kalighat Club has been performing well so far. They have won three out of their five games and are placed third at the moment.

East Bengal Club, on the other hand, have finally managed to win a game courtesy of a mighty knock of 100 not out by Shreevats Goswami. This was their first win in five games and they would like to continue on this winning path. They will need similar performances from their top order going forward in this competition.

It will be a sunny day in the capital of West Bengal. The skies will be clear and the temperature will be around 22 degrees Celsius during the game.

The track at the Eden Gardens hasn’t been high scoring so far in the tournament and is expected to play the same. It is slow and spin-friendly. Stroke making is going to be tough.

If India wins the Test series against Australia without Virat Kohli, they can celebrate for a year: Michael Clarke

Shreevats Goswami finally showed his class and he did so in style, scoring an unbeaten 100 of 71 balls.

Mukesh Kumar and Kanishk Seth have been impressive with the ball for East Bengal. They both have picked up 6 wickets each and complement each other well.

Shubham Chatterjee has amassed 187 runs in 5 matches. He has maintained a stunning average of 46.75.

Sudip Chatterjee has mustered 162 runs at an impressive average of 81. He has 2 fifty-plus scores to his name.

Pradipta Pramanik too has scalped 6 wickets. Besides that, he has maintained an impressive economy rate of just 5.74 runs per over.

ICC doesn’t have the mandate or ability to influence India-Pakistan ties: Greg Barclay 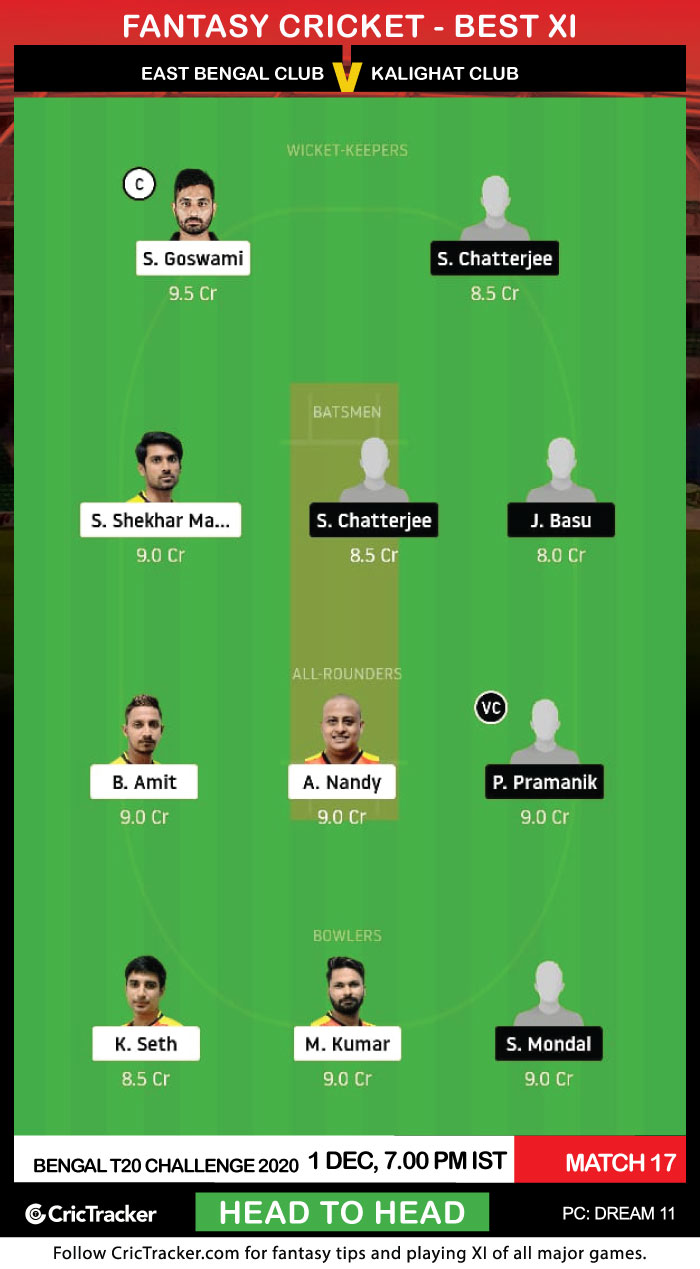 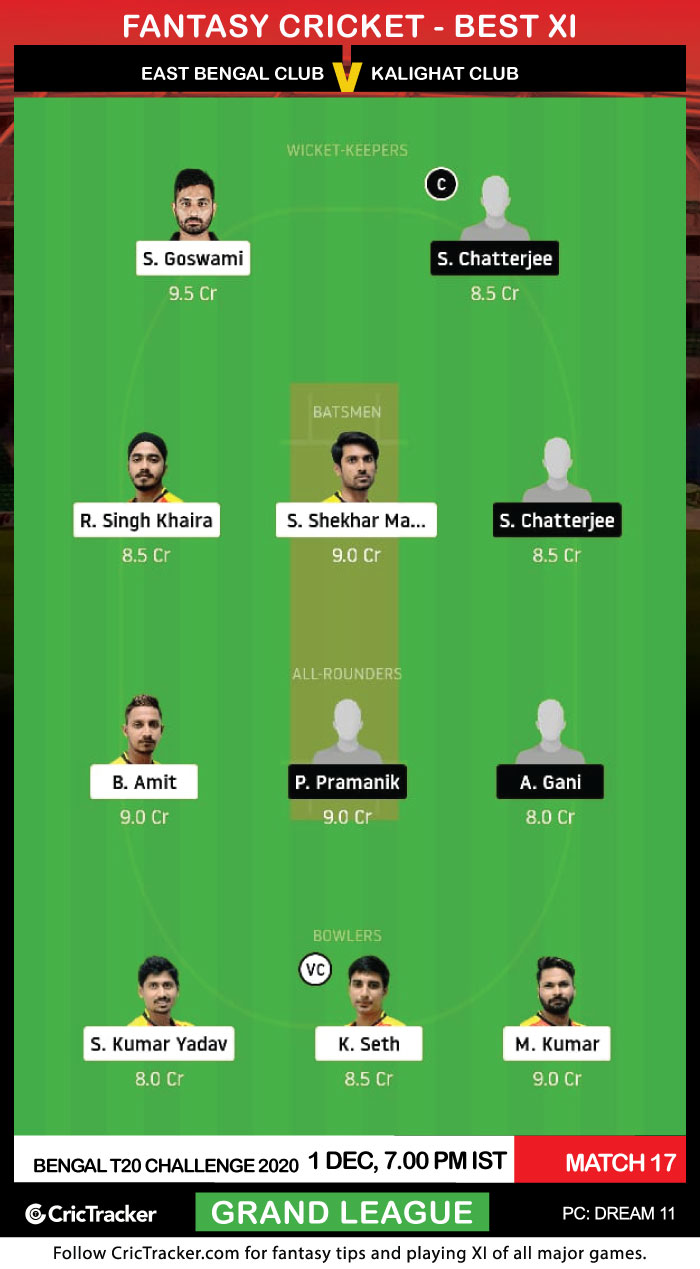 B Amit will be a valuable pick and he’s likely to give you sure points. He has scored 93 runs and picked up 3 wickets in the tournament.

Kalighat Club are expected to win this match.