All-rounders are ruling this tournament and they can be considered as your multipliers. Hence picking more all-rounders will be a great move.

The Emirates D20’s match no. 28 will be played between ECB Blues and the Ajman Alubond at the ICC Academy Cricket Ground in Dubai.

ECB Blues are comfortably dwelling at the second spot in the points table having won 6 out of eight games. Their opponents though are virtually out of the competition with just a single victory out of the 7 matches they played. the Ajman team needs something drastic turn around in the last lap of the tournament and will be interesting to see how they perform against a highly ranked team like ECB.

It’s sunny noon in Dubai with no chances for a downpour and the temperature reading being 26 degrees celsius.

It’s a balanced track here at Dubai with both batters and bowlers getting equal assistance from this track.

Aryan Lakra has picked up as many as 17 wickets, higher than any other player, and to add to that, a total of 105 runs too in the 9 games that he has been a part of.

Waheed Ahmed has played in 8 matches and has 11 wickets to his name along with 78 runs.

Rameez Shahzad has scored 238 runs in total and has taken 4 wickets, and all of those in just the 7 games that he has played in.

Abdul Shakoor has scored a total of 201 runs at an average of 28.71 in the 7 matches that he has played in. 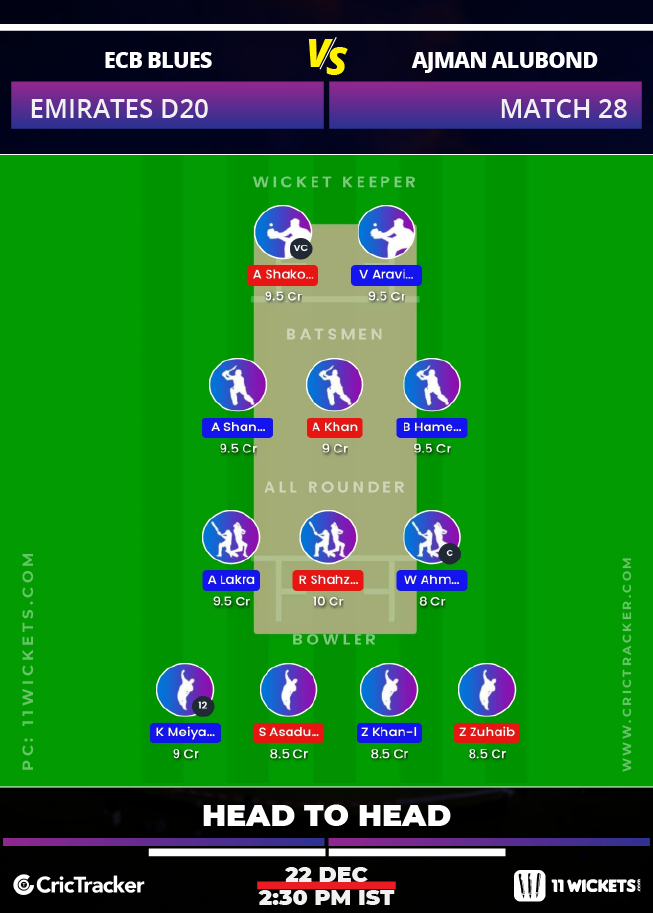 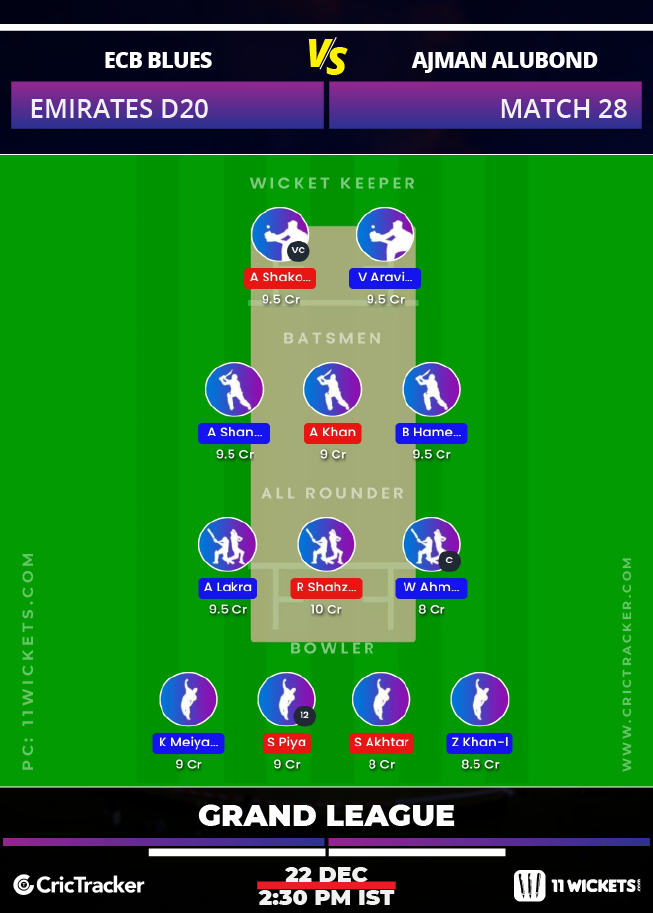 All-rounders are ruling this tournament and they can be considered as your multipliers. Hence picking more all-rounders will be a great move.