Helsingborg Stars lost both their matches against Goteborg Royals on day 1.

Jonkoping and Helsingborg Stars are going to play the 7th and the 8th match of ECS Sweden 2022 on Tuesday at the Landskrona Cricket Club. Jonkoping won their first match against Seaside CC on day 1 and lost the second one.

Helsingborg Stars, on the other hand, lost both their matches against Goteborg Royals and would be looking to bounce back. During the last season of ECS Sweden, Jonkoping defeated Helsingborg Stars in both league matches.

Jonkoping vs Helsingborg Stars, Match 7 and 8

The surface at the Landskrona Cricket Club is expected to remain balanced throughout the match. Spinners are likely to play a key role during the middle overs. The team winning the toss might look to bat.

Samiullah Ibrahimkhil opened the innings for Jonkoping in the first 2 matches. In the first game, Samiullah made 46 runs off just 14 deliveries and helped the team chase down a target of 100 runs in 6.5 overs.

Riaz Khan added 60 runs for the first wicket along with Samiullah Ibrahimkhil in the first match. In the second game, he was the only batter who could make a double-digit score.

Madhan Prabhu Raman picked 2 wickets for 13 runs in the first match against Goteborg Royals and made 25 runs off 16 deliveries. In the second match, he managed to pick 4 wickets for just 5 runs and restricted the opponent to a score of 83 runs.

Davinder Singh made 32* runs off 22 deliveries for HS in the first match and was the highest scorer. He would be expected to play a key role in the middle order.

Must Picks for JKP vs HS Dream11 Fantasy Cricket: 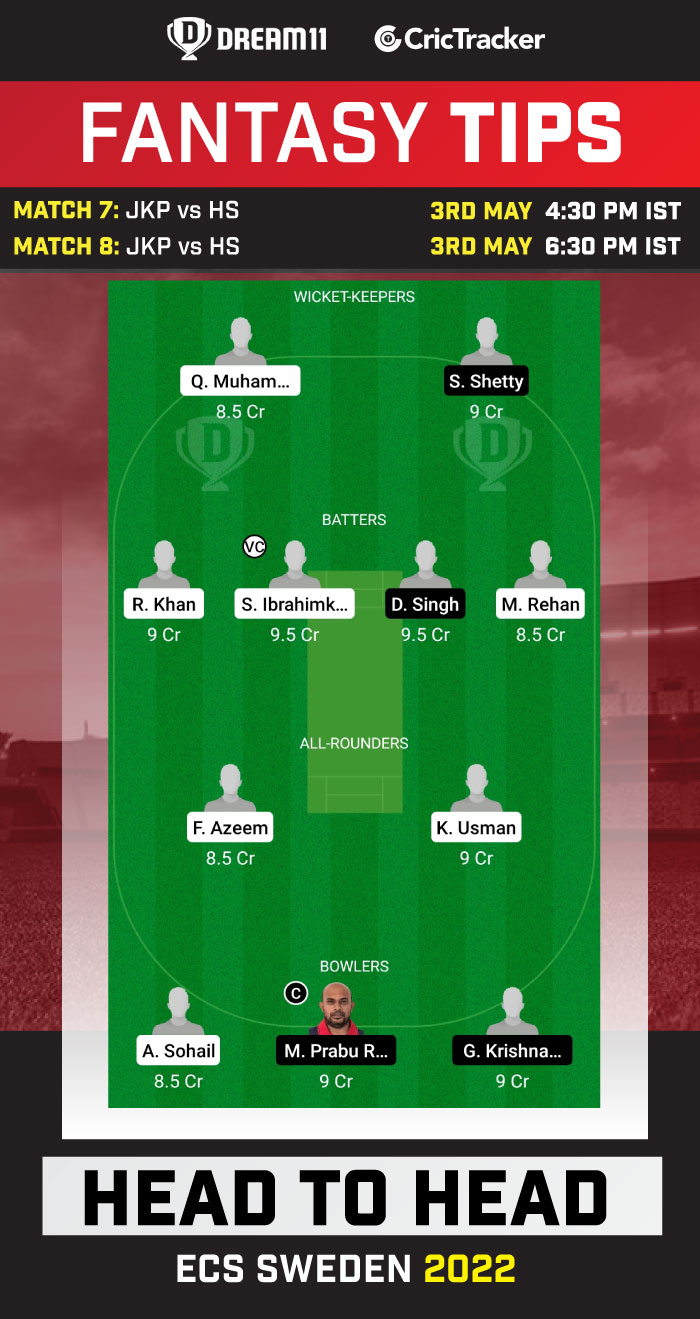 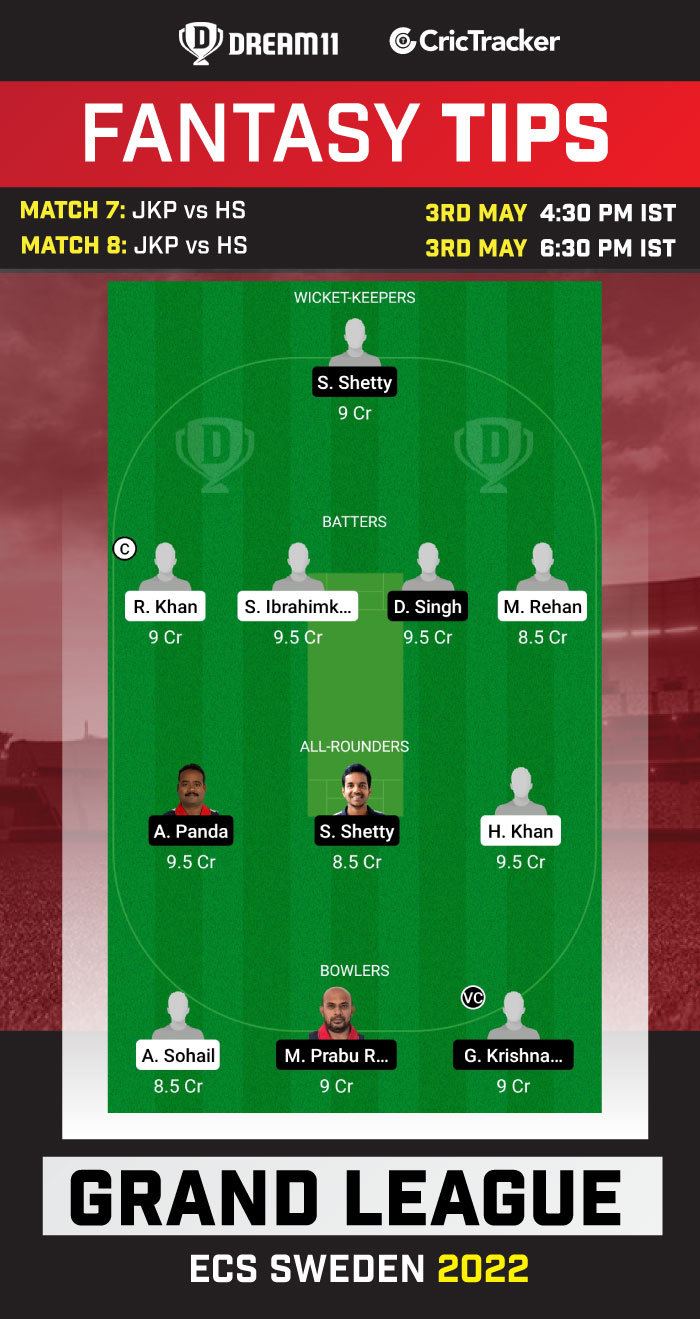 Helsingborg Stars are expected to win this match.