Malik Mati Ur Rehman can be a decent pick for your Dream11 Fantasy team, as he picked up 8 wickets in the last edition and also scored 52 runs.

The 32nd match of the ECS T10 2021 will be played between Falco and Badalona Shaheen on 16th February at Montjuic Olympic Ground in Barcelona.

On the other hand, Badalona Shaheen will be playing their first match of the tournament. Last season they won Bronze Final by 7 wickets against Catalunya Tiger. They will come into this match as favourites and will be looking forward to starting their tournament with a win.

It will be partly cloudy in Barcelona, with the temperature ranging between 14 and 16 degrees Celsius. There is a 10% chance of precipitation for this match.

The pitch here at Montjuic Olympic Ground in Barcelona is a flat-batting wicket. Batsmen will enjoy more on this kind of wickets. We can expect another high-scoring game at this venue.

Quiz: How well did you follow Virat Kohli as India's captain?

Hamza Saleem is the most important and consistent performer for Badalona Shaheen. He scored 239 runs at a strike-rate of close to 200 and also picked up 12 wickets in 10 matches in the last edition.

Babar Khan was in brilliant form with the bat in the last season. He scored 231 runs at an outstanding strike-rate of 220+. He can score big in this match also.

Umair Javed has been decent with the ball in last season, where he picked up 10 wickets. He can take wickets at regular intervals.

Rehman Ullah was the leading run-scorer for Falco in the last season. He scored 138 runs at a strike-rate of 150+ in eight matches.

Muhammad Sheraz picked up the highest number of wickets for Falco in the last season. He scalped 9 wickets at an economy of under 9 runs per over in his eight outings.

Khawar Javed picked up 3 wickets in the last edition, with his economy rate being under 12 runs under over. 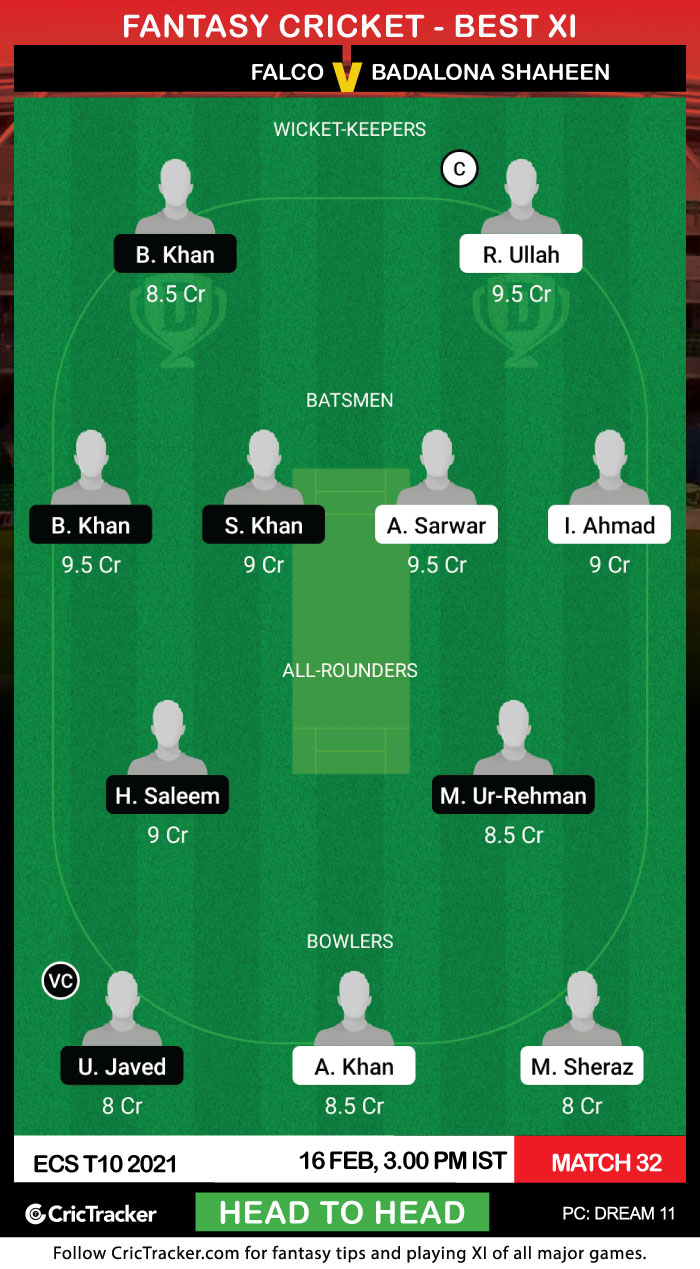 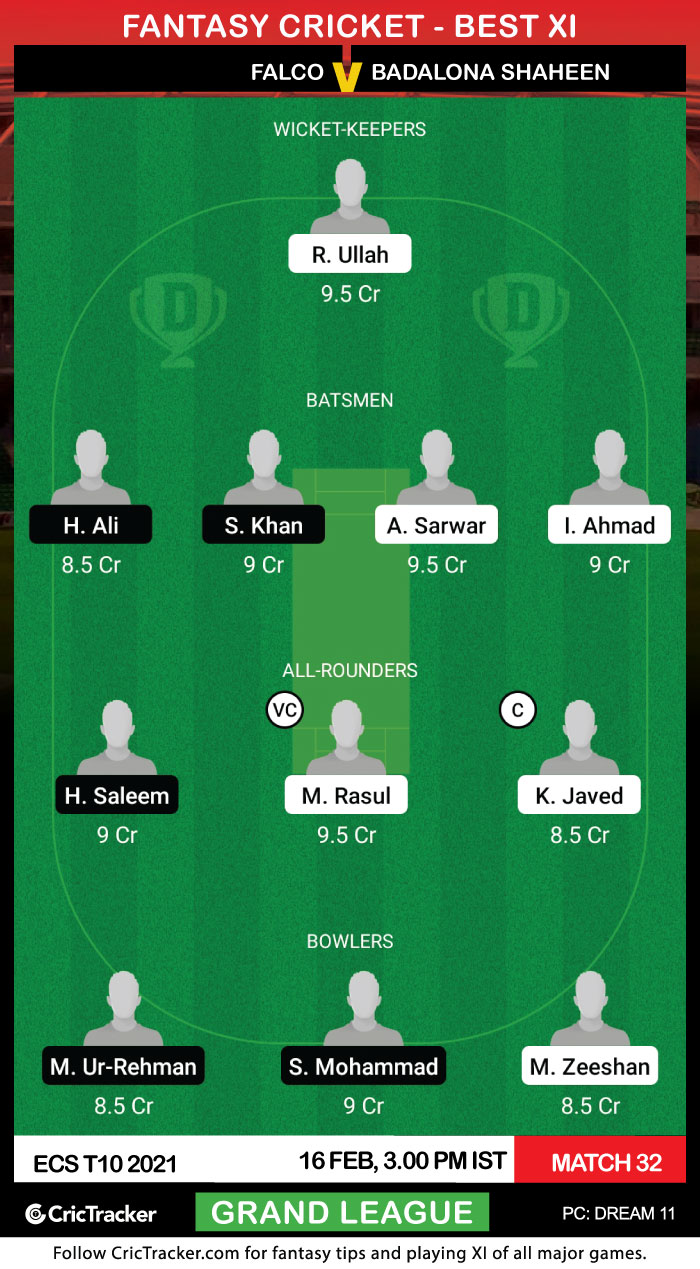 Malik Mati Ur Rehman can be a decent pick for your Dream11 Fantasy team, as he picked up 8 wickets in the last edition and also scored 52 runs.