The 15th match of the ECS Bulgarian T10 will be played between Indian Tuskers and Indo-Bulgarian CC at National Sports Academy Vasil Levski, Sofia.

The match is scheduled to start at 5:00 PM local time (7:30 PM IST) and will be streamed live worldwide on the European Cricket Network and on Fancode.

Indian Tuskers take on Indo-Bulgarian CC in the 15th match of the competition. So far, Tuskers have played 2 matches winning and losing one each. They lost to MU Dons in their first outing by a margin of 31 runs while they comfortably beat Barbarian CC by 9 wickets with 15 balls to spare. Fayyas Mohammad was quite impressive with the bat in both the innings scoring 58 runs at an average of 58.

Indo-Bulgarian CC, on the other hand, won two matches convincingly on the first day of the competition. As a group they are performing well in all the departments. Bakhtiar Tahiri is the main man for Indo-Bulgarian CC with the bat at the top of the order and is handy with the ball as well. As of now, IBCC are placed second in the table and they will look forward to carry the same momentum against Tuskers as well.

The skies will be clear in Sofia with the temperature of 27 degree Celsius and there is no chance of rain.

By looking at all the matches played at this venue, ball is coming on to the bat quite easily. The outfield is very quick and bowlers need to put extra effort to contain the runs. Since it is the last match of the third day, wicket might get slower so whoever wins the toss should bat first.

Hristo Lakov has scored 51 runs from 2 matches at an average of 25.50 with a strike rate of 196. He is economical with the new ball as well.

Agagyul Ahmadhel has picked up 3 wickets in 2 matches at an economy of 8.5.

Fayyas Mohammad has scored 58 runs in 2 matches at an average of 58 with a strike rate of 116.

Akshay Harikumar has scored 39 runs in 2 matches at an average of 39 with a strike of 177. He has picked one wicket in this tournament. 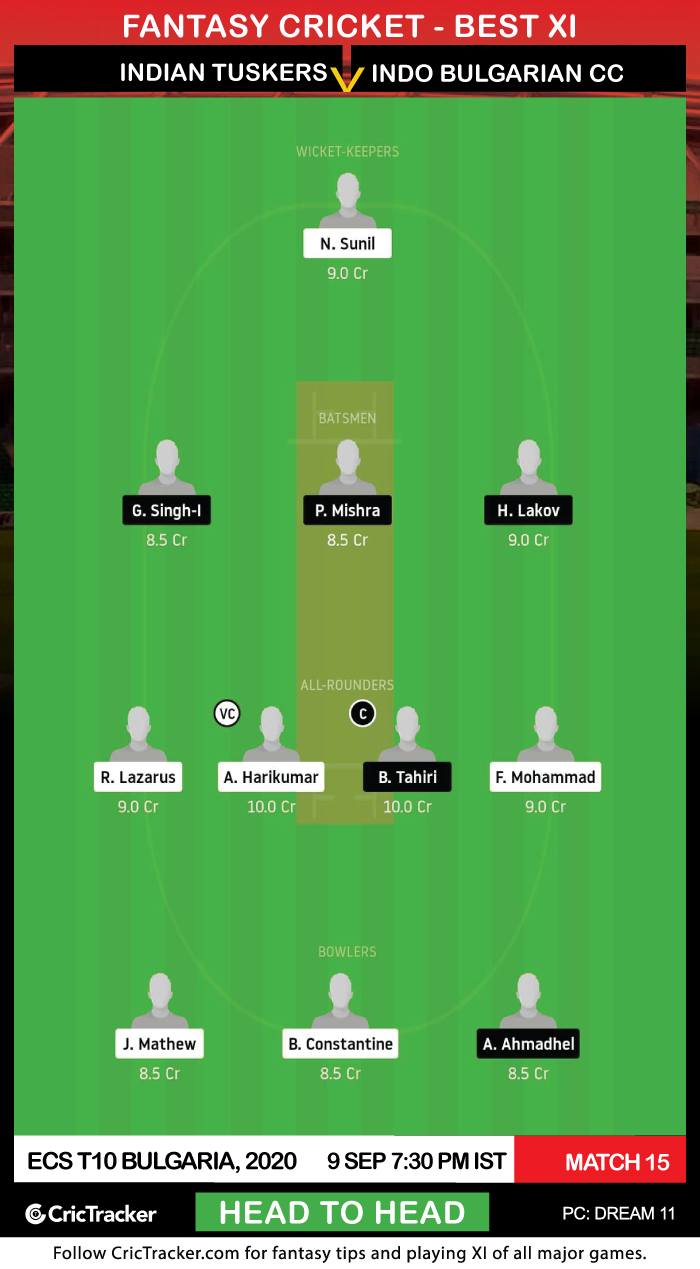 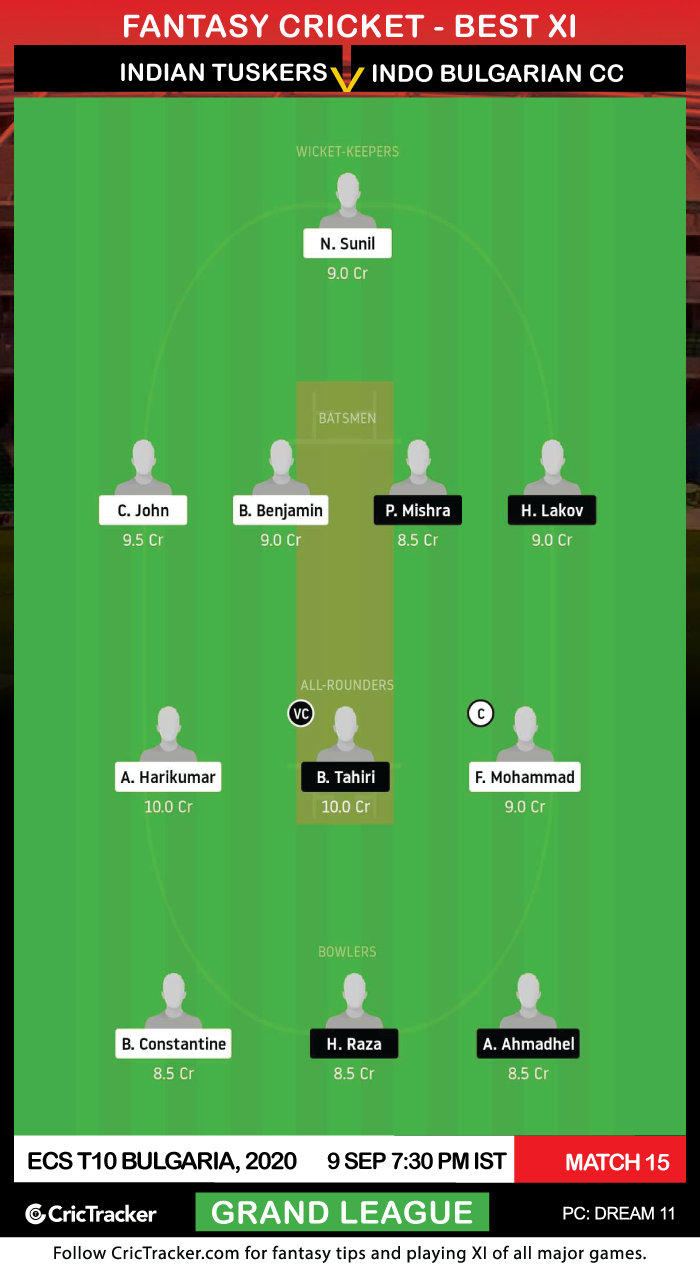 Bakhtiar Tahiri is performing well both with the bat and ball and he should be the captain. Pick most number of batters from both the sides.