It's a do-or-die game for New Zealand Women.

England Women will be up against New Zealand Women in the 3rd ODI on Tuesday. England Women are on the verge of sealing the series as they already leading 5-match series 2-0. Charlotte Dean’s impeccable bowling performances helped them to beat the Kiwi Women by 13 runs (D/L Method) in the 2nd ODI. With the kind of form, they are in, they are likely to win this match as well.

New Zealand Women, on the other hand, are in a must-win position at the moment, having lost 2 matches in this series. They gave everything in the first two matches, but ended up on the losing side. Bowlers are doing their job well. Batswomen needs to step up and play as long as possible.

The surface here at Grace Road is more of a batting-friendly one with relatively less help for the bowlers. The wicket is expected to remain the same throughout the match. Anything over 220 is a good score on this wicket.

Heather Knight knows how to pace the innings in the limited-overs format. She user her experience to her experience and likes to take the game deep. In 2 matches in this series, she has scored 107 runs at an average of 53.5.

Danielle Wyatt was the player of the match in the second ODI for her unbeaten 63 runs. Her knock helped England put up a respectable total on the board.

Amy Satterthwaite, who played a blinder of a knock in the first ODI, failed to impress in the second ODI. She has got immense potential and you can pick her in your fantasy teams.

Sophie Devine is a useful all-rounder and has done reasonably well in this series. In 2 matches, she has scored 62 runs at an average of 31 and has picked up 4 wickets as well.

EN-W vs NZ-W Must Picks for Dream11 Fantasy Cricket: 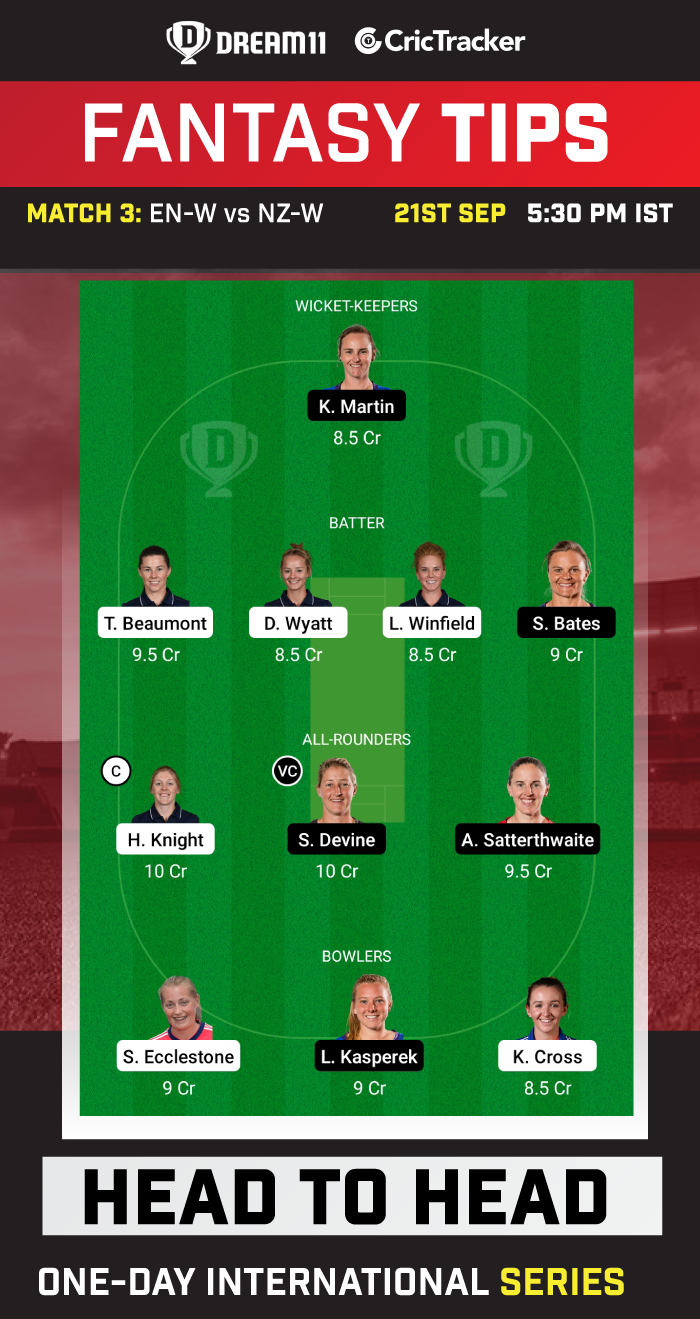 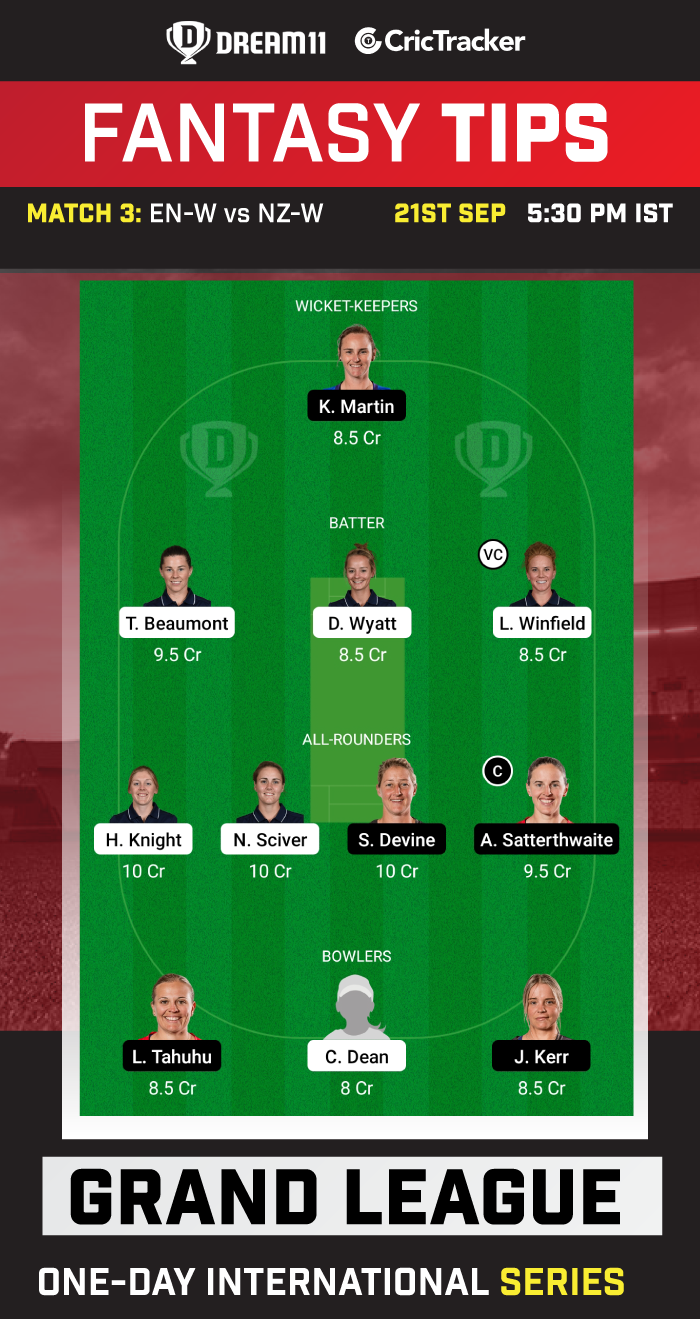 Charlotte Dean was exceptional in the second ODI with the ball, where she picked up 4 wickets and turned the match in favour of England. You can take a risk and pick her as your fantasy team skipper.

Lauren Winfield-Hill has looked in good touch with the bat for England. She has scored 60 runs at an average of 30.

Lauren Down has scored 27 runs in 2 matches in this series at an average of 13.5, considering a lot of options in the batter’s category it’s better to avoid her while making your fantasy teams.