Fujairah are expected to be crowned as the first champions of Emirates D20 by getting the better of Sharjah.

The final match of the Emirates D20 2020 will be played between Fujairah and Sharjah at ICC Academy, Dubai.

Sharjah and Fujairah have had different graphs in the Emirates D20 2020 tournament. Fujairah’s journey has been smoother than a knife through butter. They won all of their 10 matches in the league phase and then went on to defeat Dubai in the final.

On the other hand, Sharjah had a topsy-turvy ride, winning 4 and losing 4 games. However, the formbook goes out of the window in the all-important final. Moreover, Sharjah will be booming with confidence after beating a formidable ECB Blues in the semi-final. Fujairah might be the obvious favourites, but all of these factors hint at a potentially nerve-wracking encounter.

The weather will be perfectly ideal for what we hope will be a cracking final. The temperature will be around 23 °C, with the chances of rain being only 10%.

This track is a balanced one, where both bowlers and batsmen will need to get their gameplans right in order to succeed. 160 should be a good score here.

Waseem Muhammad has been in an extraordinary run of form with the bat in this competition. He has scored 515 runs, which includes a century and 4 half-centuries.

While Muhammad has been outstanding in Fujairah’s batting department, Sabir Rao has marshalled their bowling unit. He has picked up 20 wickets and has maintained an economy rate of just over 7 runs per over.

Rohan Mustafa is likely to earn you great points as he can fire both with the bat and the ball. He has scored 352 runs and has picked up 11 wickets.

From Sharjah, Kashif Daud is a player who can be influential both with his batting and bowling skills. He has picked up 15 wickets and has scored 107 runs. 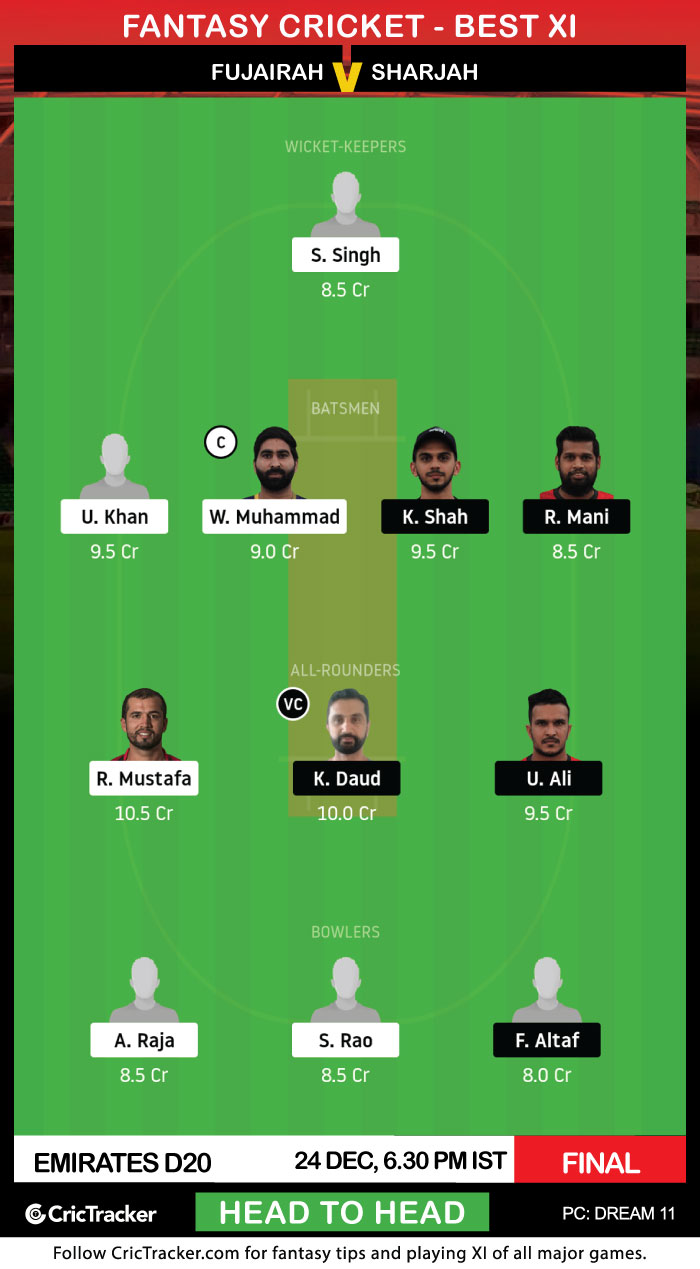 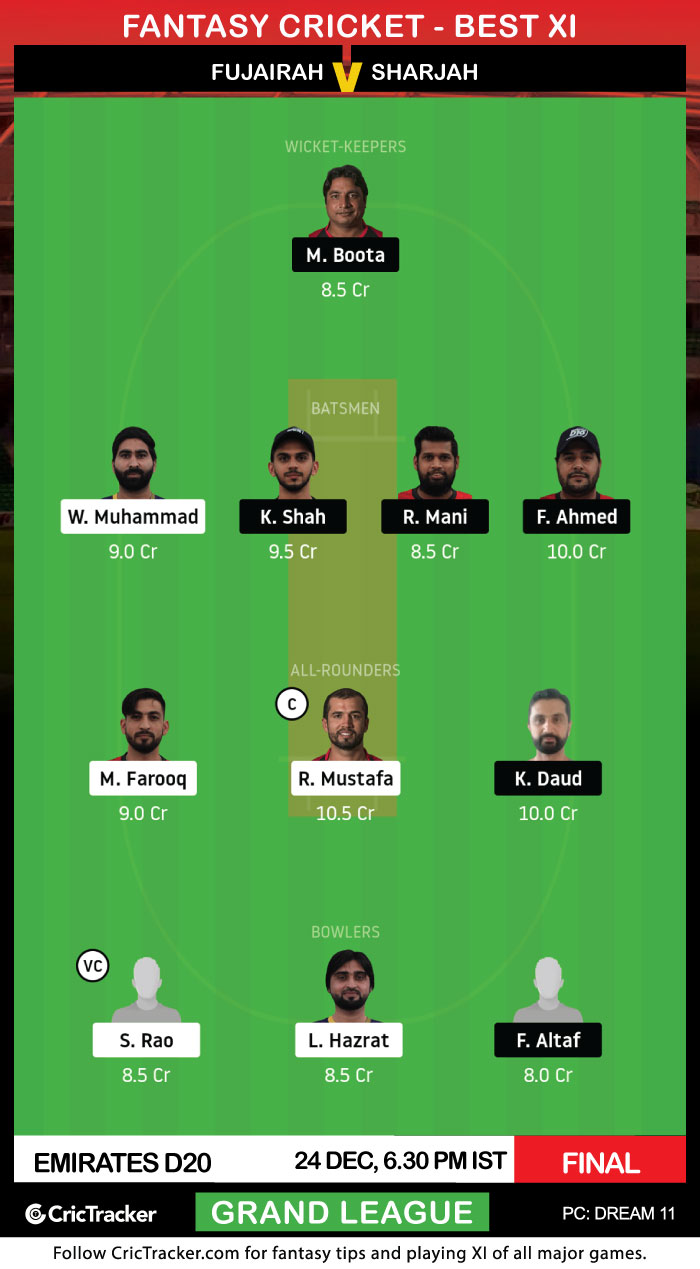 Fayyaz Ahmed has been the leader of Sharjah’s batting unit. He has amassed 379 runs at a strike rate of over 130 and an even better average of nearly 50. Despite his expensive tag of 10.0 Cr, he should be included in at least one of your Dream11 Fantasy teams.