Glenn Maxwell is a good captaincy option for this match. 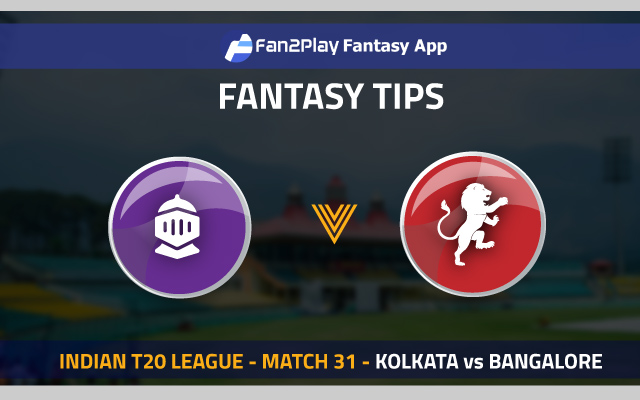 Team Bangalore and Team Kolkata are slated to face each other in the 31st Match of the Indian T20 league. This encounter will be played at the Sheikh Zayed Stadium in Abu Dhabi.

This clash will begin at 07:30 PM IST and will be streamed live on Hotstar.

Bangalore and Kolkata experienced contrasting fortunes in the first half of the Indian T20 league. Bangalore is sitting comfortably at the third place in the points table and has mustered 5 wins in the 7 matches that it has played.

But, the Kolkata side is occupying 7th place in the points table and has lost 5 out of the 7 matches that it has contested in. Both teams will look to start the second phase of the Indian T20 league on a winning note.

Captaincy Picks for KOL vs BAN

Glenn Maxwell proved how destructive he can be in the first half of the Indian T20 league. The belligerent right-hander scored 223 runs in 6 innings and scored his runs at a healthy average of 37.17, and an incredible strike rate of 144.81.

Varun Chakravarthy picked up 7 wickets for the Kolkata side in the first half of the Indian T20 league. He is a bowler who has a lot of variations up his sleeve and can trouble the willow wielders. 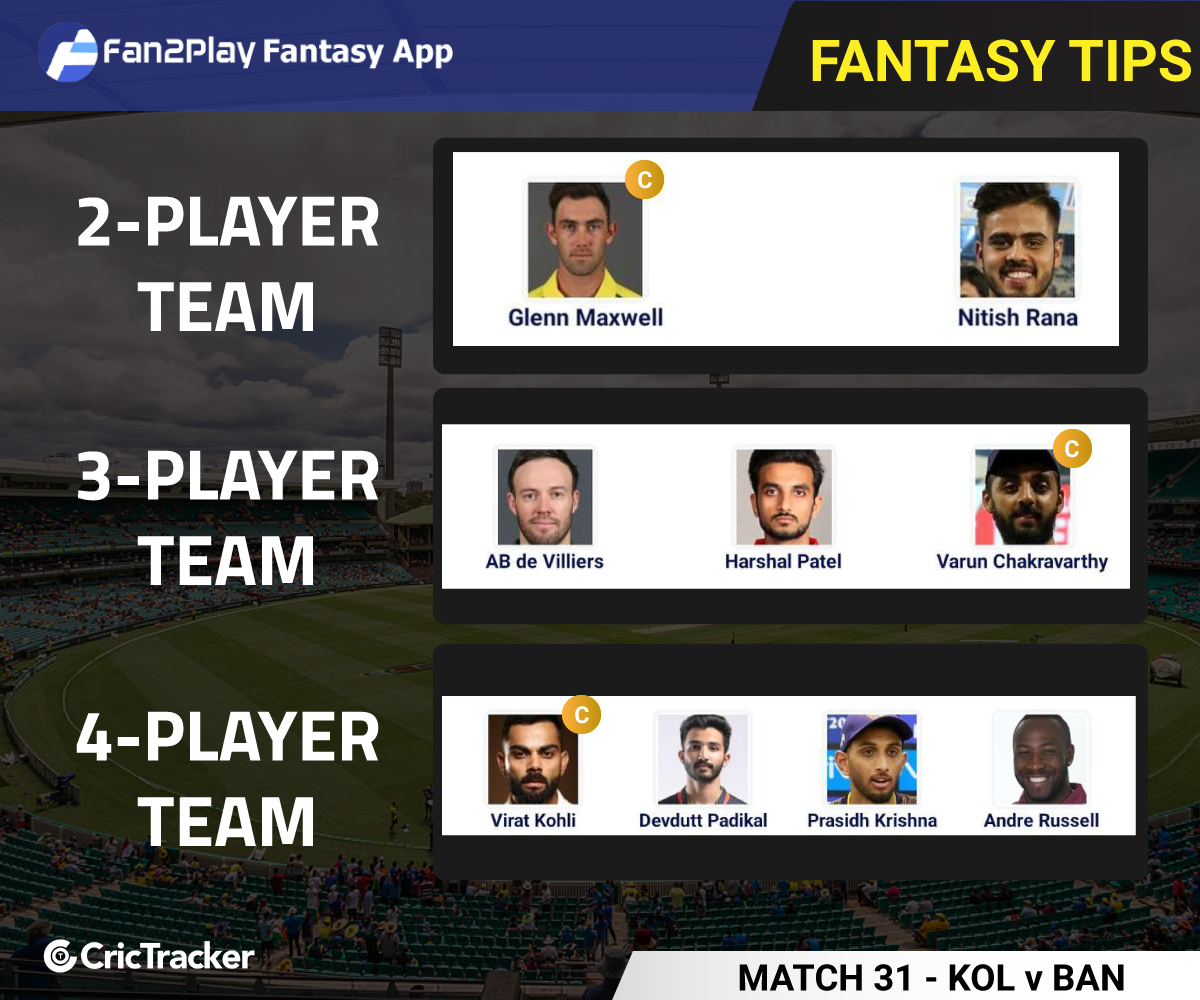 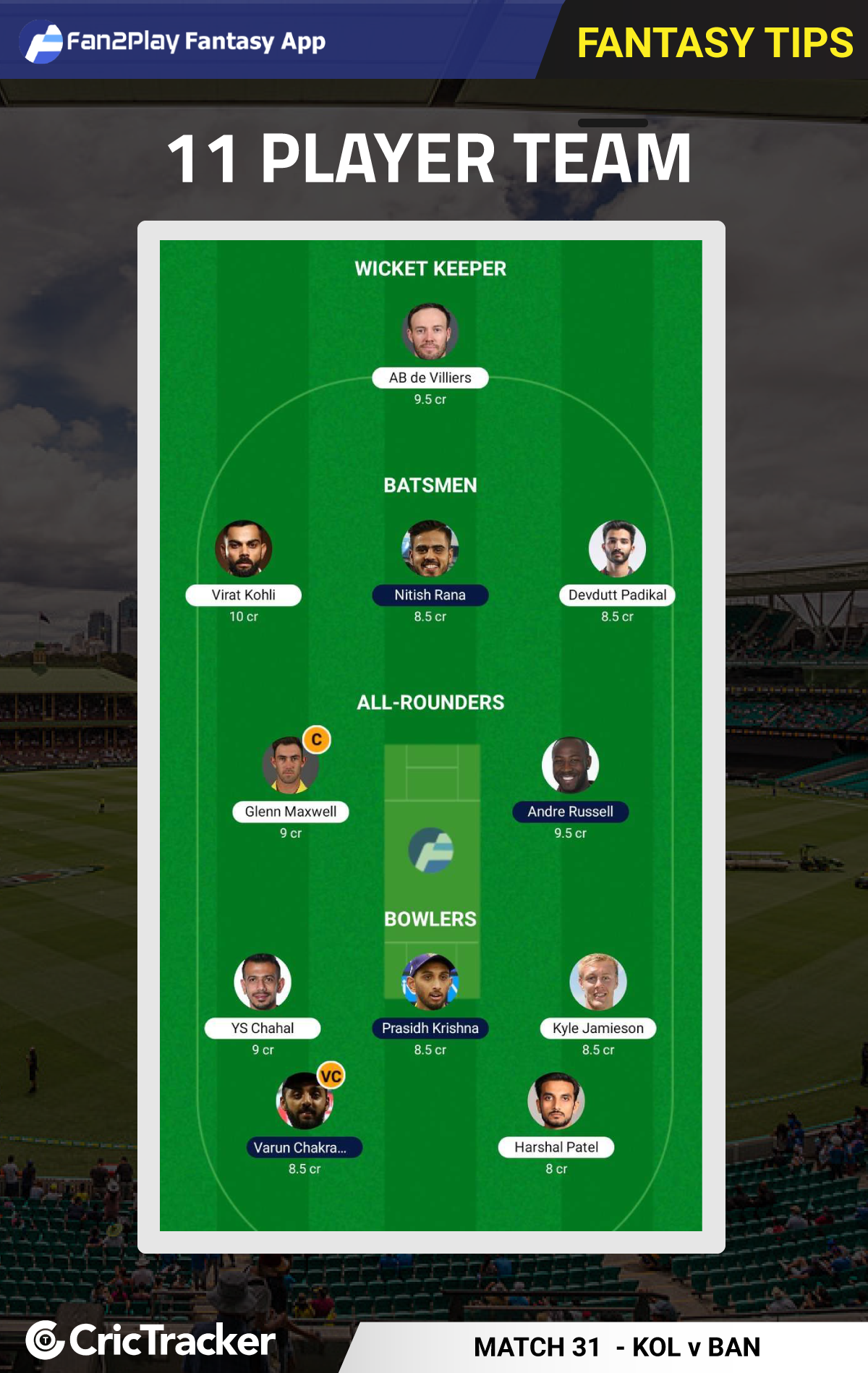