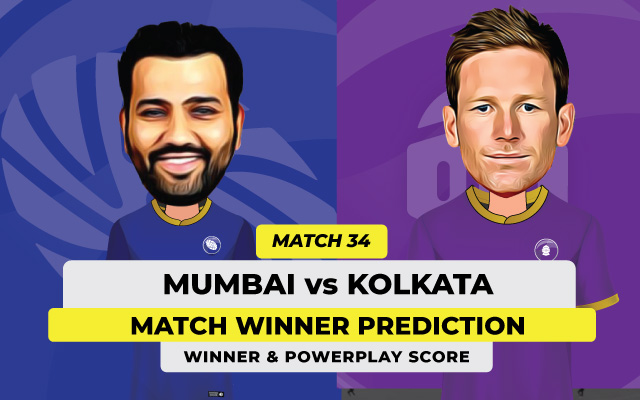 Mumbai Indians are set to cross swords with Kolkata Knight Riders in Match No.34 of the 2021 Indian Premier League on Thursday, September 23 at the Sheikh Zayed Stadium in Abu Dhabi. Their faceoff is one of the most one-sided rivalries in the history of the T20 league, or any tournament.

In their last 13 meeting, MI have won as many as 12 times. In the second leg, both teams have had contrasting starts. The Mumbai-based team went down to the Chennai Super Kings by 20 runs. MI didn’t have Rohit Sharma and Hardik Pandya in their team and their absence was well and truly felt.

They kept hanging in the middle of the points table. The Knights, on the other hand, will be going into the next game after a nine-wicket win over Royal Challengers Bangalore. Despite the victory last time, the Men in Gold and Purple are placed sixth and need more wins to get into the top four.

The pitch at the venue helped the spinners last time around. Batting may not be a cakewalk. However, Abu Dhabi has seen high-scoring encounters in the last 12 months. Batting second should be the way forward. Scoring runs in the powerplay will be critical for both teams.

Rohit Sharma is most likely to return for the game against the Knights after missing out against CSK. The 34-year-old has incredible numbers against KKR. In 28 matches, he notched 982 runs at an average of 46.76 and a strike rate of 133.06. He has scored six half-centuries against them. KKR can’t afford to let the Nagpur-born settle into a rhythm.

Jasprit Bumrah has been exceptional for Mumbai in the last few IPL editions. In this IPL, the right-arm fast bowler has picked up eight wickets from as many games at an impressive economy rate of 7.25. Against KKR, the youngster has picked up 12 wickets from 13 games. The Knights can’t afford to let complacency sneak in while facing him. 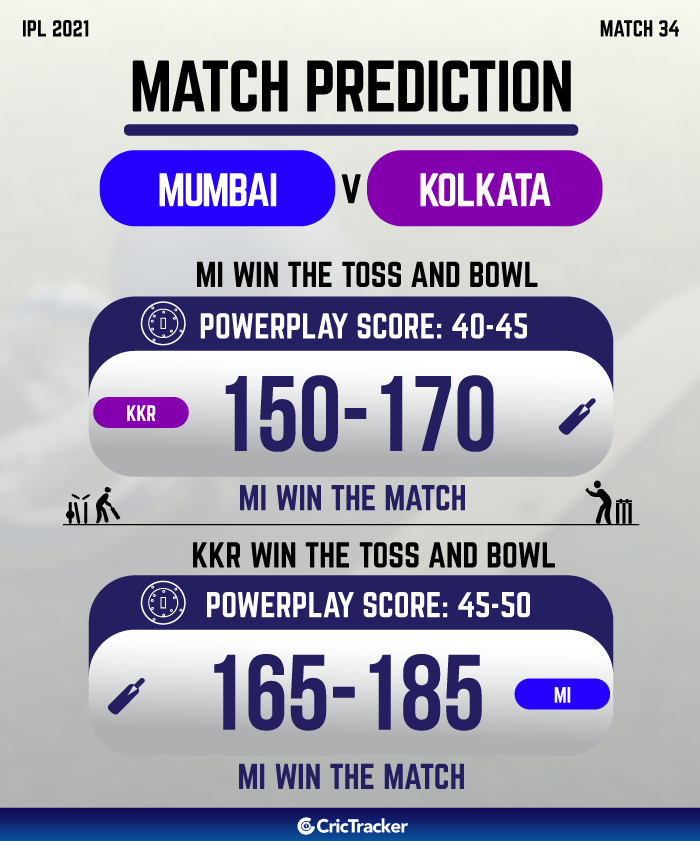