Harry Tector gave Ireland Wolves a brilliant platform by scoring a classy 69 in the last game.

Many expected Ireland Wolves to brush aside their failures in the tour of Bangladesh and find their rhythm on their home turf, and that was exactly the case when these teams met for the first of the three-match One Day series.

Batting first, Ireland Wolves put up a big total of 276 on the scoreboard. Harry Tector and Shane Getkate were the standout performers for them with the bat. In reply, all Netherlands could muster up was a mere 182. Shane Getkate starred with the ball again, while Craig Young gave him commendable support.

Ireland Wolves vs Netherlands A, Match 2

The wicket here in Oakhill Cricket Club is a balanced one. As Ireland Wolves proved in the first game, batsmen will have chances of being successful if they take their time to settle down.

Harry Tector gave Ireland Wolves a brilliant platform by scoring a classy 69 in the last game. He can be a good captaincy pick.

Shane Getkate was the star of the match for Ireland in the first game. He scored 74 runs and also picked up

Logan van Beek was the only Netherlands player who gave an all-round show in the last game. He scored 59 runs and also picked up a wicket. 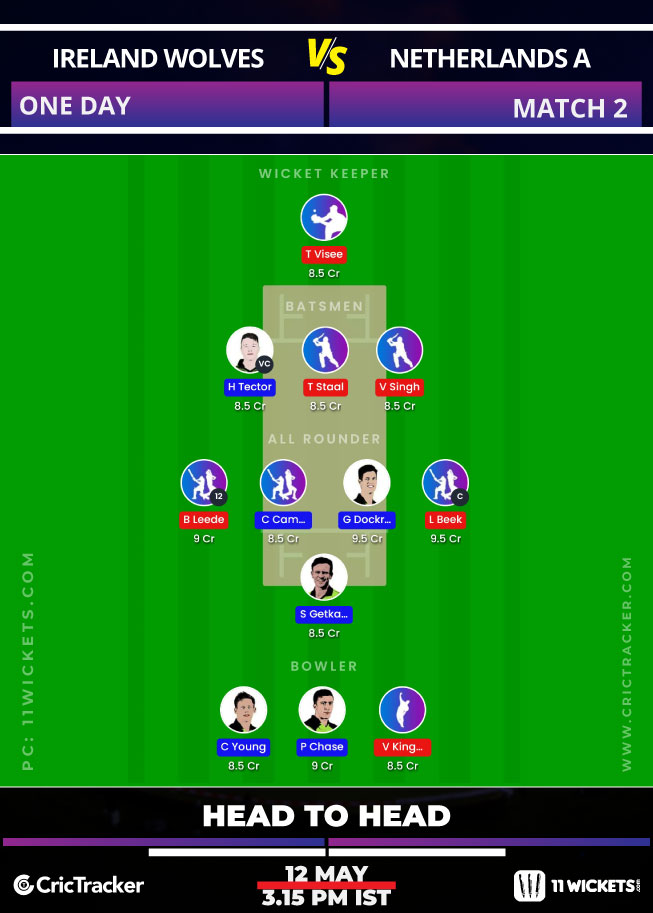 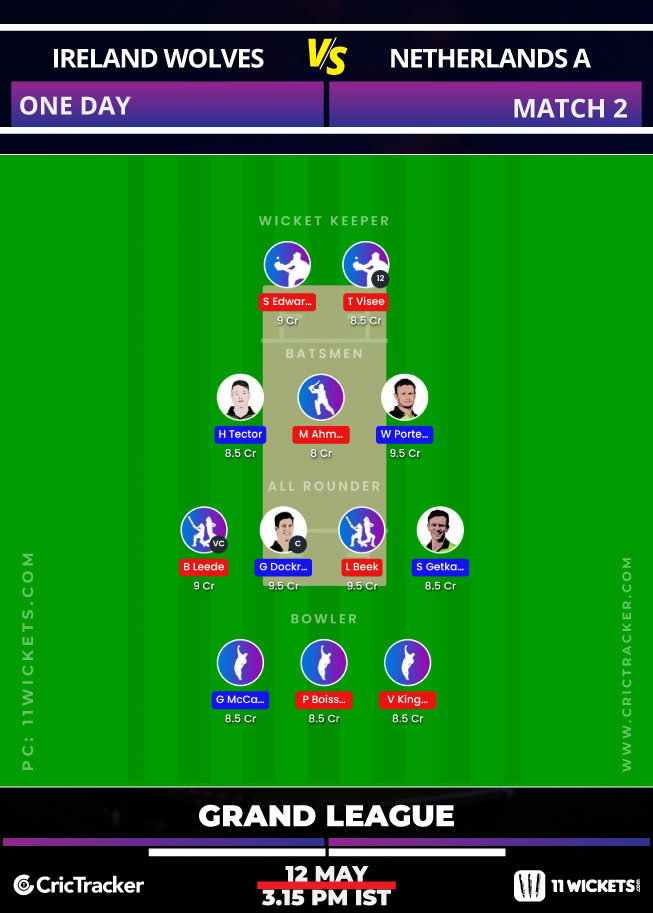