In this year’s T20 Blast tournament, Fin Allen has been impressive with the willow for Lancashire

Lancashire and Yorkshire will lock horns against each other on Saturday, 17th July. Lancashire has performed quite well in the season so far. In their last encounter against Durham, their batting order stood out to help them secure a win. They are currently placed at the 3rd spot in the North group standings.

With points, Yorkshire is on the second spot of the rankings. Heading into this encounter both the teams would be determined to put on a good show. It is going to be an interesting contest for the onlookers.

The batters would probably have to hold the fort for some time and then build on their innings from there. Spinners will get assistance on the pitch gradually as the game progresses. Winning the toss and putting a score on the board would be a good alternative.

In this year’s T20 Blast tournament, Finn Allen has been impressive with the willow for Lancashire. He has top-scored for Lancashire with 377 runs in 12 matches with an average of 34.27. He would thus be a good player to bank on.

Tom Hartley is the other player who would be keen to perform well in this match. Hartley has picked up 12 wickets in the tournament, with an economy rate of 6.54. His form with the ball makes him a good pick.

Harry Brook is the other player who has displayed his sheer flair in the tournament. He has chipped in 463 runs in 11 matches at a splendid average of 92.6. He has registered the highest score of 91*.

Jordan Thompson has scored 199 runs in the tournament so far at a strike rate of 185.98. On the other hand, he has also picked up 11 wickets. His all round abilities would come in handy for the team. 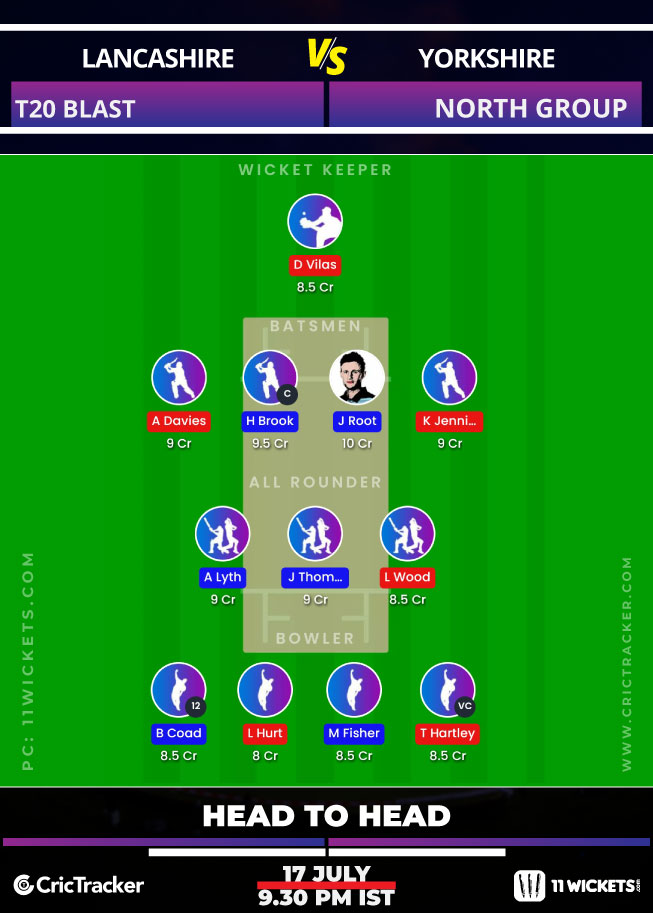 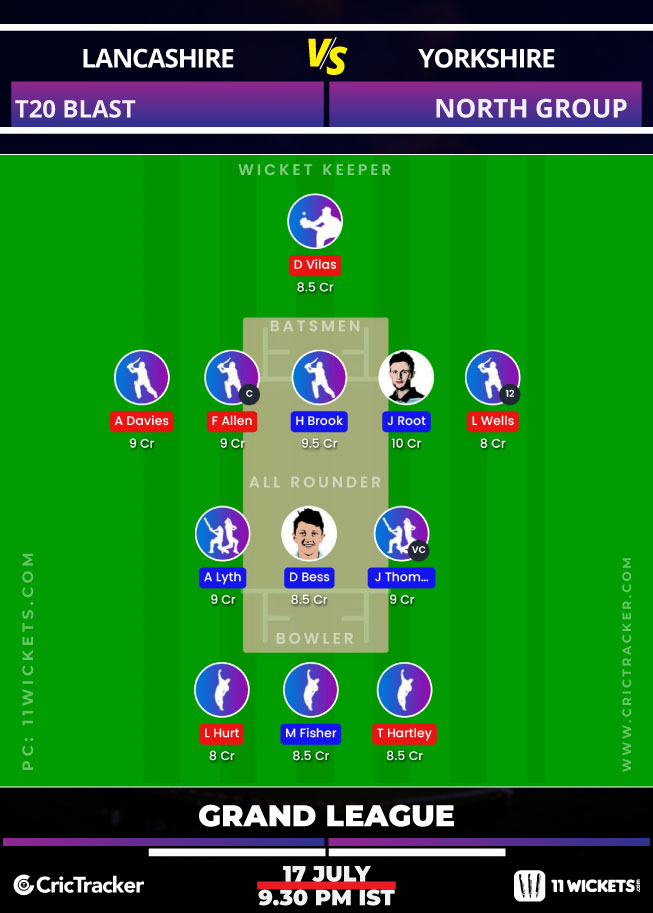