Upul Tharanga is in pretty good nick and a good captaincy pick for your fantasy teams.

India Maharajas will take on Asia Lions in the 4th match of the Legends Cricket League 2022 on Monday. India Maharajas got themselves a winning start in the opening game of the tournament against Asia Lions by 6 wickets. However, in an interesting clash on Saturday, they were outplayed by World Giants by 3 wickets in the final over of the match.  An improbable inning from veteran spinner Imran Tahir did the damage for Maharajas.

Asia Lions, on the other hand, chased down a mammoth target of 206 runs in their last game against World Giants and registered their first win in this tournament, thanks to useful half-centuries from Lankan batters Tillakaratne Dilshan and Upul Tharanga. Whoever wins this match will have more chances of making it to the finals.

It’s a dead batting wicket no real help for the bowlers. The bowlers should possess a high level of skills to contain runs here. The team’s chasing has won the last 3 matches played here and hence bowling first is a good option.

Naman Ojha became the first player to hit a century in this tournament. His phenomenal innings of 140 runs against World Giants went in vain as India Maharajas lost the match by 3 wickets.

Yusuf Pathan has got an enormous amount of power at his disposal. He played an aggressive inning of 80 runs from 40 balls in the inaugural game against Asia Lions.

Tillakaratne Dilshan reads the game well and applies his skills accordingly. In 2 matches in this tournament, he has scored 57 runs at a strike rate of 162.85, with the highest score of 52.

Upul Tharanga has struck two back-to-back half-centuries in this tournament. The 36-year-old Southpaw has accumulated 129 runs at an average of 64.5, with the highest score of 66.

INM vs ASL Must Picks for Dream11 Fantasy Cricket: 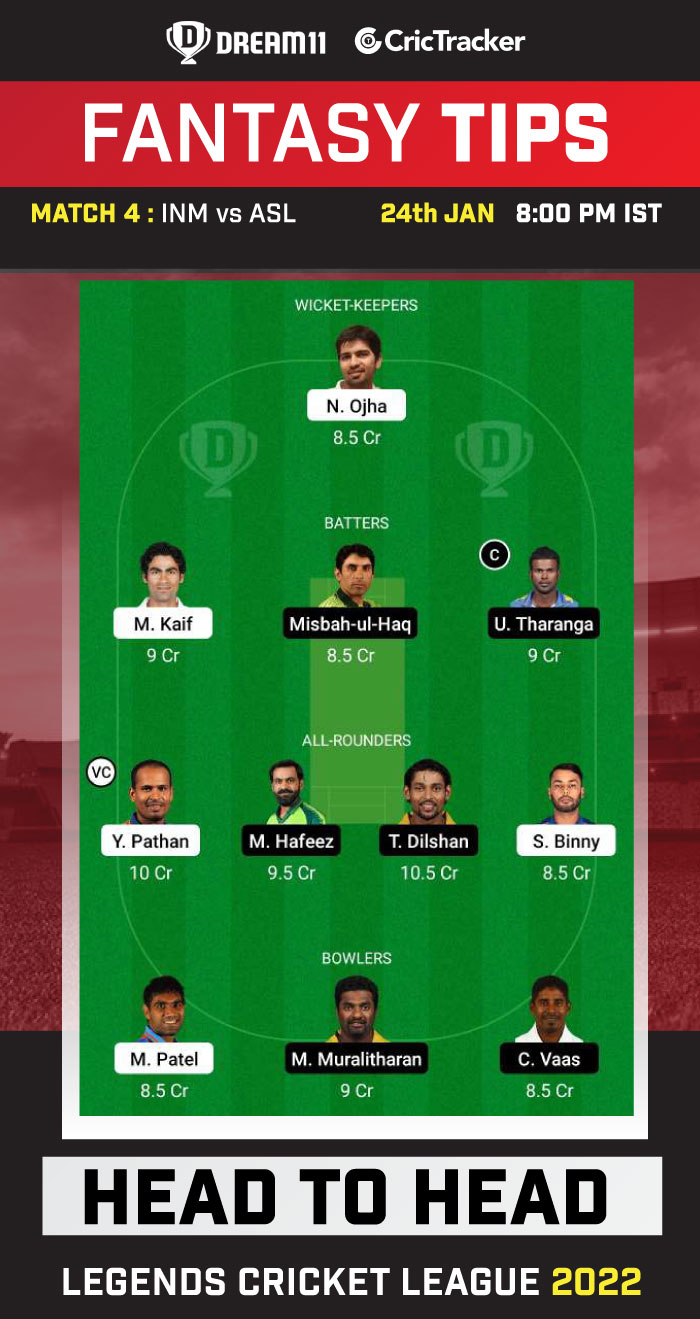 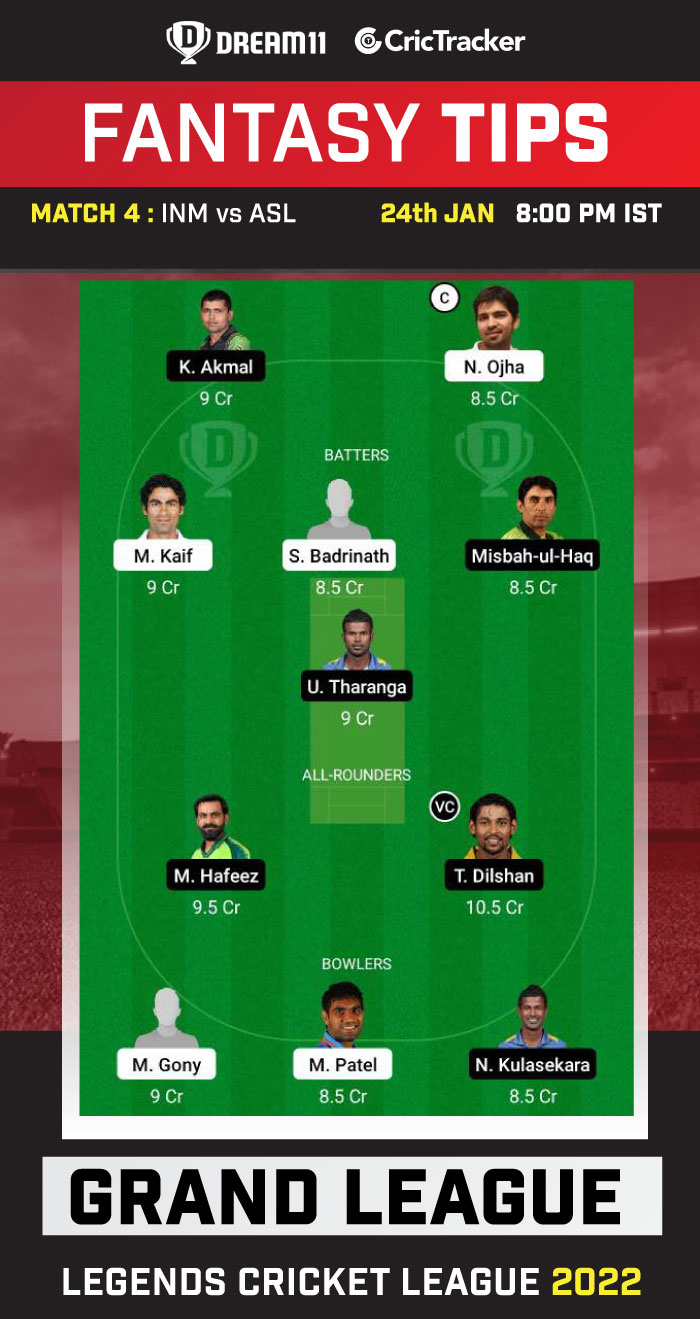 Mohammad Kaif remained not out in the last 2 matches and scored 95 runs at a strike rate of 113.09. It’s worth a risk to pick him as your fantasy team skipper.

Misbah-ul-Haq has accumulated 63 runs in this tournament with the highest score of 44. You can take a risk and pick him as your fantasy team captain.

Venugopal Rao conceded plenty of runs in the last 2 matches and picked up only one wicket. It’s better to avoid him while making your fantasy teams.