The 1st match of the Abu Dhabi T10 league will be played between Maratha Arabians and Northern Warriors at Sheikh Zayed Stadium, Abu Dhabi.

The match is scheduled to start at 3:00 PM local time (5:30 PM IST). It will be live on Sony Sports Network and live streaming is available on Sony LIV and Jio TV.

The 1st match of the Group A contest of the Abu Dhabi T10 league will be played between defending champions Maratha Arabians and Northern Warriors at the Sheikh Zayed Stadium. 28 matches will be played over the next 2 weeks. Maratha Warriors are in Group A alongside Bangla Tigers, Delhi Bulls and Northern Warriors. Experienced campaigners like Mohammad Hafeez and Shoaib Malik will give more strength and balance to the side.

On the other side, Northern Warriors didn’t make it to the playoffs last season, as they finished 5th in the points table. They have got plenty of big hitters in their lineup in the likes of Nicholas Pooran, Lendl Simmons, and Rovman Powell. Their bowling department looks pretty strong on the paper with renowned names like Wahab Riaz, Wayne Parnell and Rayad Emrit. Both the teams will be keen on starting the tournament with a win, so it will be an exciting match for the fans to watch.

It will be partly cloudy in Abu Dhabi with a temperature of 22 degrees Celsius and the humidity will be 73 percent. There is no chance of precipitation for this match.

Pitch here at the Sheikh Zayed Stadium is expected to favour the batsmen more than the bowlers. We have seen plenty of big scores in the last edition on this venue. There is no room for error for the bowlers. Batting second will be a good choice at this venue.

England players will be staying back for the whole IPL as it stands: Chris Silverwood

Veteran Pakistan cricketer Mohammad Hafeez has vast experience in all the formats. His presence will be a major boost for Maratha Arabians.

33-year-old Laurie Evans scored 76 runs in 4 innings at an average of 25.33 with a strike rate of 194.87 for the Qalandars in the previous season. He can play a big role at the top of the order for Maratha Warriors this season.

Another Pakistan veteran cricketer, Shoaib Malik can give the bowlers a tough time if he gets going.  He can be handy with his off-breaks as well.

We know how easily Lendl Simmons takes the game away from the opposition with his big-hitting capabilities. He is expected to open the innings for Northern Warriors.

West Indian wicketkeeper-batsman Nicholas Pooran is another hard-hitting batter in the Northern Warriors line up. He can clear the fence quite easily. In the previous edition, he scored 77 runs at a whopping strike rate of 233.33. 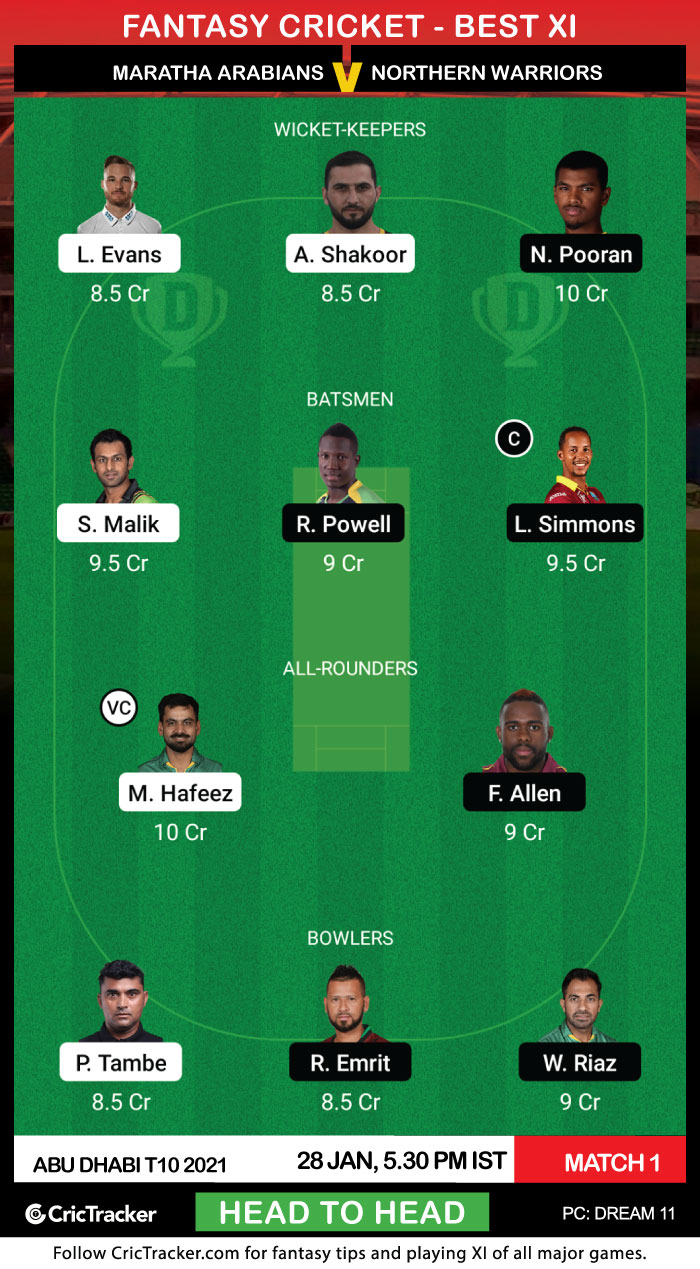 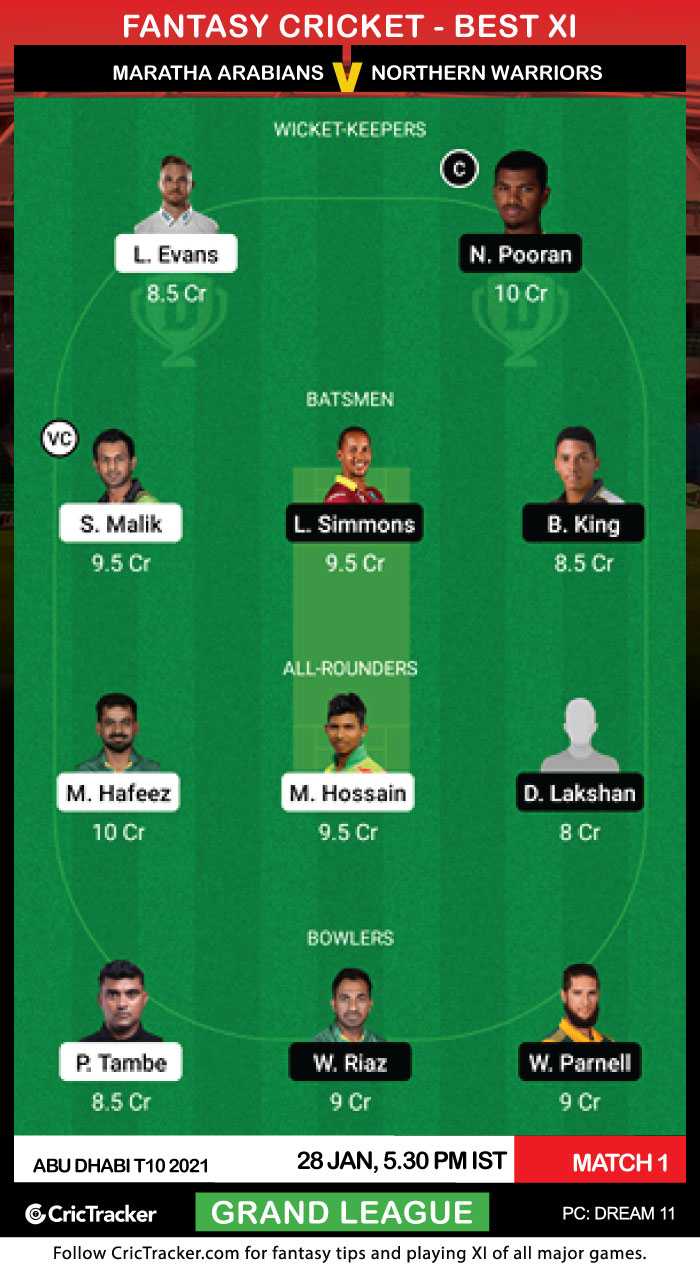 Nicholas Pooran is in tremendous form with the bat. He can hit the ball for long-distance and he must be included in your Dream11 fantasy team. He is also a suitable choice to lead one of your Dream11 Fantasy teams.