Alice Davidson Richards has been magnificent in this tournament. 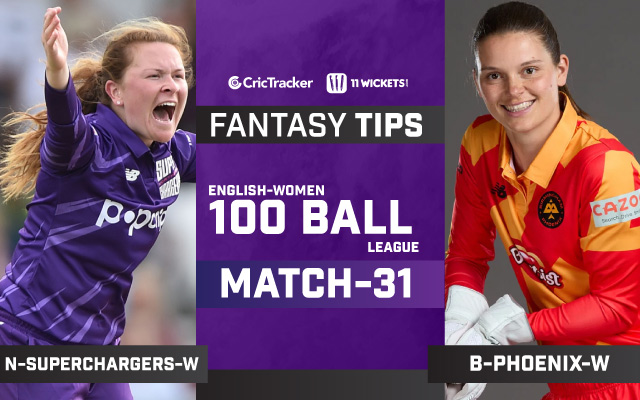 Northern Superchargers Women and Birmingham Phoenix Women are all set to take on each other in the Match 31 of the Women’s English 100 Balls League. Both the teams would be looking desperate to win as that could potentially take them to the eliminator, by finishing in the top 3 on the points table.

Northern Superchargers have played seven matches so far and are placed at the third position. They have won three and lost three of their matches, while one game was drawn. On the other hand, we have Birmingham Phoenix, who have played seven matches and won three. They have lost four games and are placed at the 6th position, but a win can elevate them to as high as third place.

The pitch at Leeds has seen a bit of turn through the English summer so far and we might see a little bit of that. Nonetheless, it will be a high-scoring game.

Alice Davidson Richards has been magnificent in this tournament. She has managed to contribute a total of 107 runs with the bat. She has also picked up seven wickets in six matches.

Jemimah Rodrigues had started the tournament with some brilliant knocks but has sort of lost the consistency. She has managed 248 runs with the bat and would be looking for a few more.

Shafali Verma has scored 163 runs in this tournament so far and she recently played a fantastic knock of 76 not out.