If you are opting for the 4th all-rounder, Eimear Richardson can be a good option.

The 8th match of the Hallyburton Johnstone Shield 2020-21 will be played between the Northern Districts Women and the Canterbury Women at the Cobham Oval (New), Whangarei.

After having a cracker of a start to their run in this edition of the Hallyburton Johnstone Shield, Northern Districts Women and the Canterbury Women will face each other in what will be the third game of the tournament for both sides. Both teams have won as many as two matches they have played.

Canterbury Women won their last match against Otago Women by a big margin of 133 runs and are currently placed at the second spot on the points table. Whereas, Northern Districts Women are placed just below them. We can witness a nail-biting contest between two quality sides on Saturday.

The weather at the Cobham Oval (New), Whangarei on the day of the match is expected to be great for a cricket match. The skies will be partly cloudy with just a 10 percent chance of rainfall. The temperature will be around the 22 degree Celsius mark.

The pitch at this venue is pretty much balanced however, the batters will get a slight bit of help from the track. Chasing will be a better option at this venue.

Everyone was asking questions when I picked T Natarajan in KXIP squad: Virender Sehwag

Frances Mackay performed decently with both the bat and the ball in two matches for her team in the tournament. She scored 148 runs at a strike rate of 86 and also picked up 3 wickets as well.

Brooke Halliday has scored 114 runs at a strike-rate of 91.20 in 2 matches she played for her team.

Kate Ebrahim is the highest run-scorer of the tournament so far. She has scored 168 runs in 2 innings which includes a brilliant unbeaten century as well.

Charlotte Sarsfield is looking in great touch with the ball, as in the first two matches, she took 5 wickets while maintaining an economy rate of 3.31 runs per over. 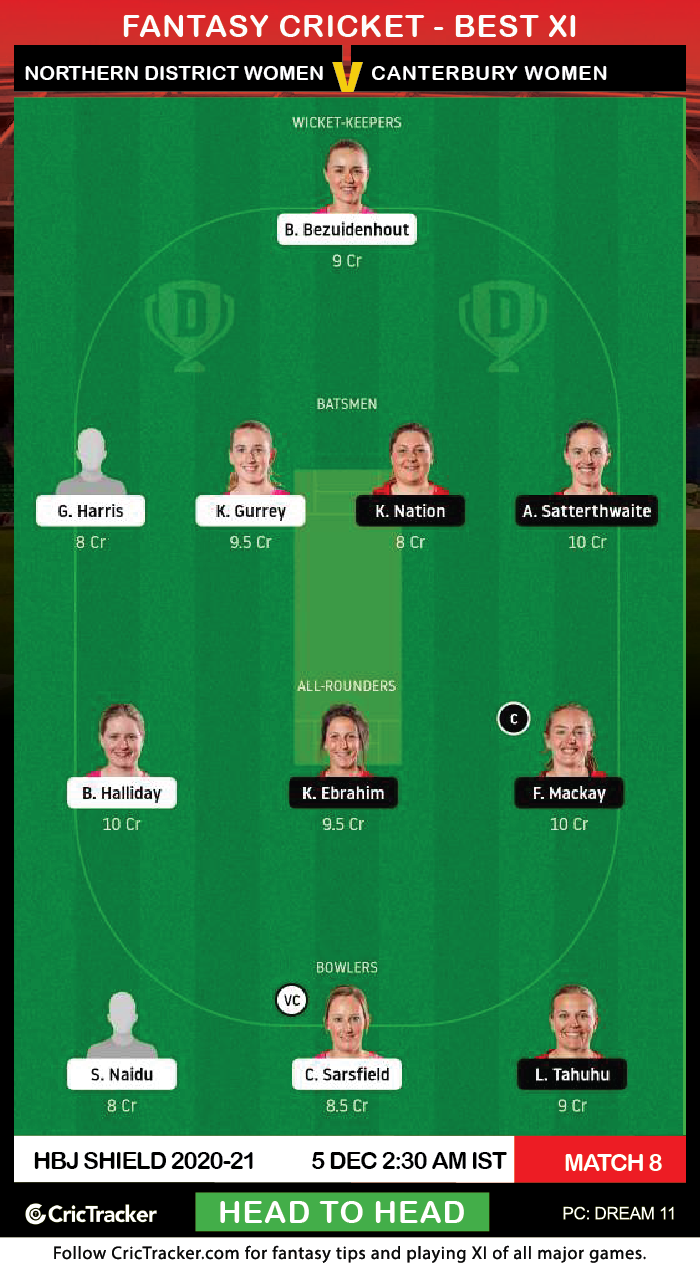 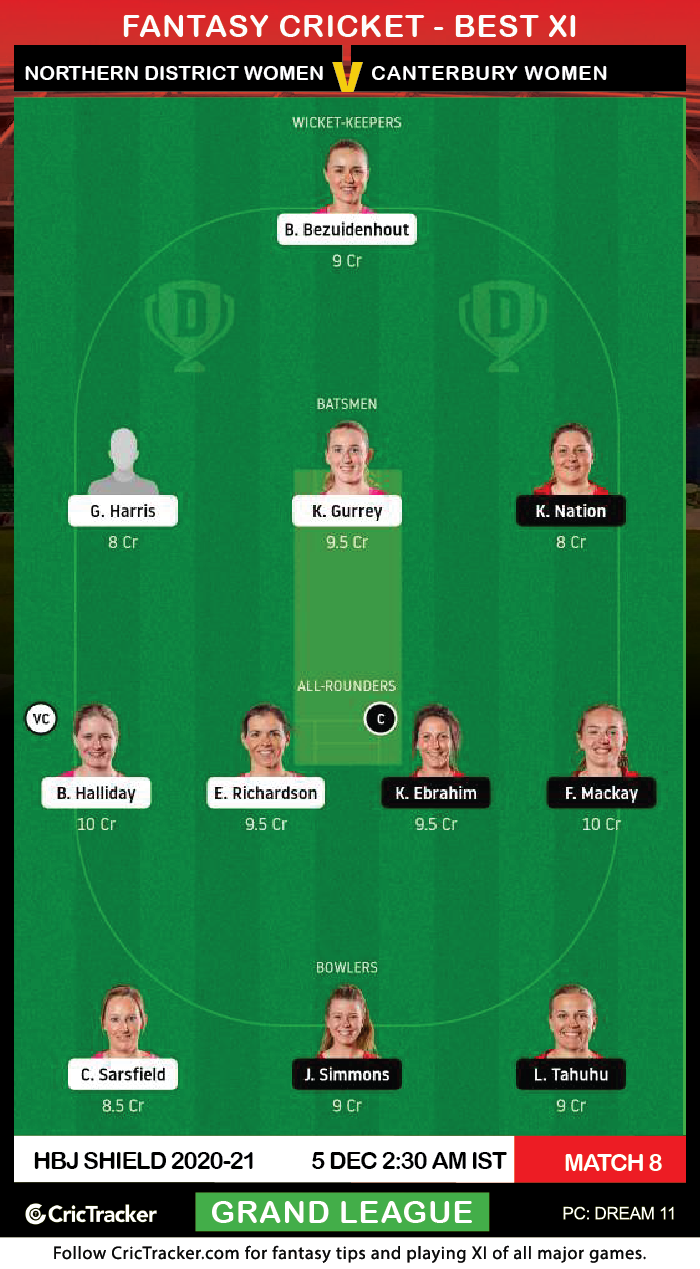 For this match, you can include either 4 batters or 4 all-rounders in your team. As the 4th batswoman, it is advisable to include Amy Satterthwaite. If you are opting for the 4th all-rounder, Eimear Richardson can be a good option.

Canterbury Women are predicted to win this game.