Jaydev Unadkat picked 12/106 in the previous game against Baroda.

The Round 8, Elite Group A and B fixture of the Ranji Trophy 2019-20 will be played between Saurashtra and Mumbai at the Saurashtra Cricket Association Stadium in Rajkot

Saurashtra will face Mumbai in a crucial Round 8 Ranji Trophy 2019-20 encounter in Rajkot. Mumbai, after losing to Karnataka, have managed to lose draw the last three games. However, the biggest positive for them is Sarfaraz Khan’s form who first scored a triple century and then followed it up with an unbeaten double ton in the previous outing. Mumbai needs to register two outright wins to have any chances of making it to the knockouts.

Saurashtra, on the other hand, are at the third position with 25 points to their name only behind Andhra (27 points) and Gujarat (26 points). They are coming off a brilliant four-wicket win over Baroda and the aim will be to continue the good run. A win in this game will strengthen their spot in the top three as well.

The sun will be shining in Rajkot on all four days with no chance of rain whatsoever. The temperature will hover in the 30s on all the days according to AccuWeather and the players will have to stay hydrated.

The Rajkot surface has been kind to batsmen always and this season is no different so far. The team batting first in two matches has posted more than 500 runs and then the oppositions have found it tough to bat on Day 3 and 4 surfaces. The toss will once again play a crucial role.

Suryakumar Yadav has been named in Mumbai squad for this match as he has returned from New Zealand after playing for India A in unofficial ODI series. He has replaced Hardik Tamore in the 15-man squad.

There is no news about any squad changes or announcement from Saurashtra.

Jaydev Unadkat is coming off a Man of the Match performance against Baroda and he is a must-have pick in your Dream11 Fantasy team. He picked 12/106 in the match and should earn more Fantasy points again. Sheldon Jackson (509 runs at 56.56 average) has been in great form for Saurashtra. Prerak Mankad is a decent all-rounder and he can be picked in the team as well.

Sarfaraz Khan, with the kind of form he is in, should be picked at any cost. Apart from him, Suryakumar Yadav could be crucial for Mumbai along with Tare. Mulani is another exciting player who can give points with both bat and ball. 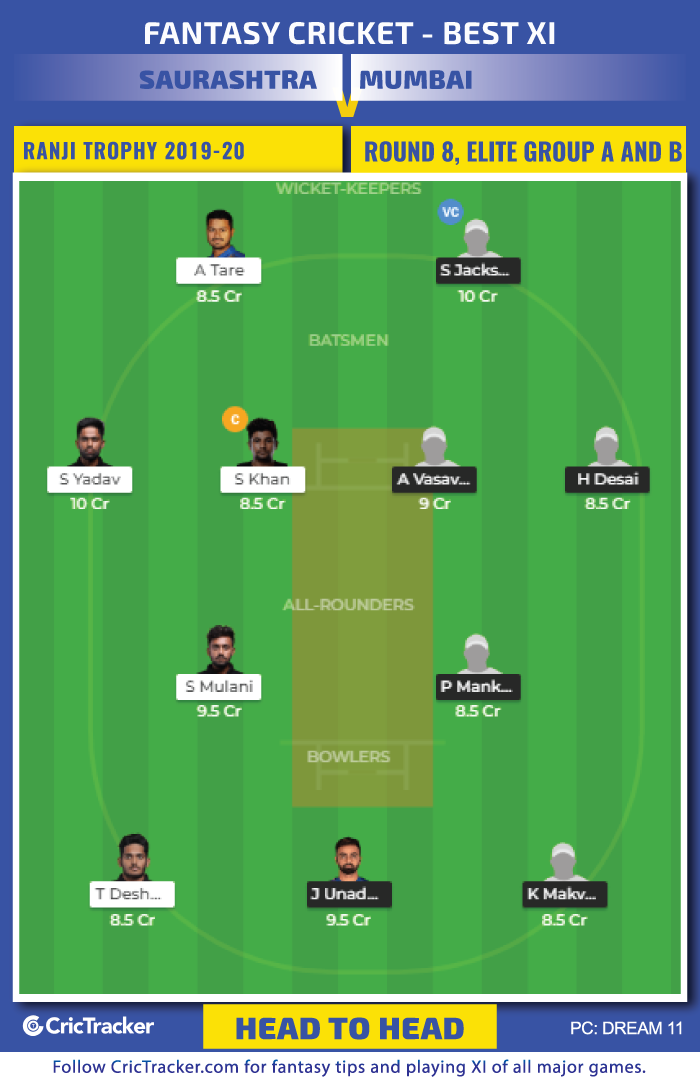 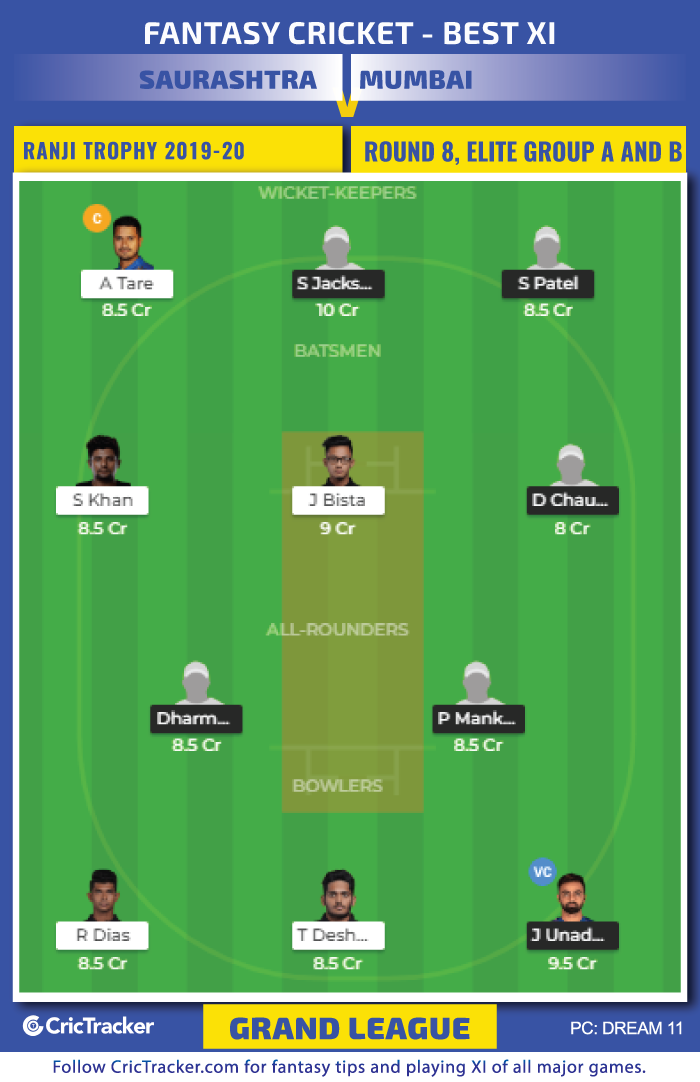 Most of the Dream11 Fantasy users will make Sarfaraz Khan captain of their team. You can skip that option and opt for any other player in Grand League contests. The likes of Surya, Sheldon Jackson, Unadkat and Tare are good options.

The official Twitter handle of BCCI Domestic will provide the playing XIs after the toss.

The team winning the toss is expected to dominate the contest.