B Sai Sudarshan is a good captaincy option for this encounter.

Ruby Trichy Warriors will lock horns with the Lyca Kovai Kings in Match No.5 of the Tamil Nadu Premier League (TNPL) 2021. This encounter will be played at the MA Chidambaram Stadium in Chennai.

The Ruby Trichy Warriors have won the only match that they have played in the tournament and are placed at the top place in the points table. In their previous rubber against the Nellai Royal Kings, they won by 74 runs.

The Lyca Kovai Kings, on the other hand, are positioned at third place in the points table. Their previous match against the Salem Spartans was abandoned.

Captaincy Picks for RTW vs LKK

Amit Sathwik VP decimated the Nellai Royal Kings’ bowling attack in Ruby Trichy Warriors’ previous encounter. He scored a murderous 71 off 52 deliveries at the top of the order and paved the way for his side to thrash their opposition by 74 runs.

B Sai Sudarshan scored a resplendent 43-ball 87 in Lyca Kovai Kings’ previous match against the Salem Spartans. His innings was embellished with 8 fours and 5 glorious sixes. 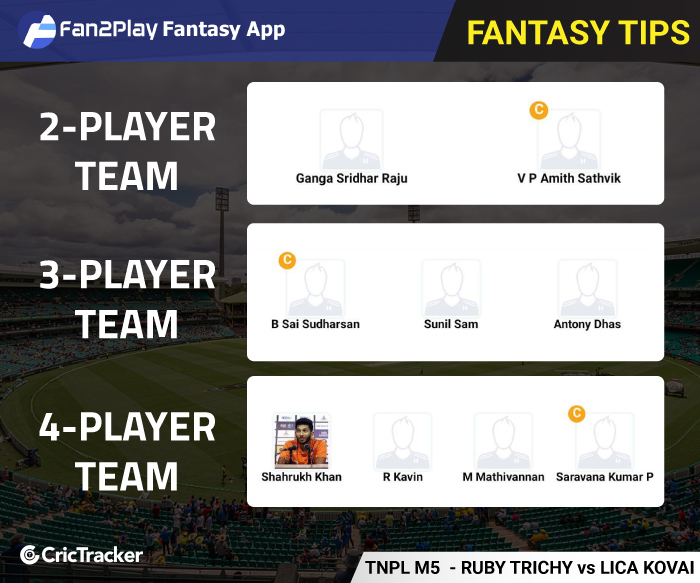