Aiden Markram is a good captaincy pick for this contest. 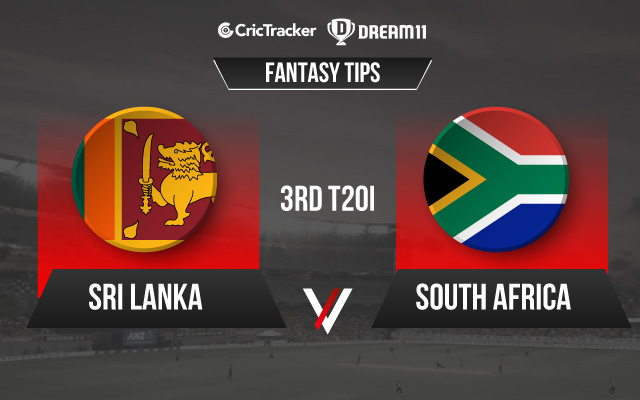 South Africa will lock horns with Sri Lanka in the 3rd and final T20I of the series. The clash takes place at the R.Premadasa Stadium in Colombo on September 14 (Tuesday). Having won the first two matches, the Proteas side has already clinched the series 2-0. Hence, this game is a mere dead rubber.

Nevertheless, Sri Lanka have pride to play for as they would want to avoid getting whitewashed at home. On the other hand, a 3-0 triumph will definitely give the Proteas ahead of the high-voltage T20 World Cup. Hence, it would be interesting to see how this game pans out.

It’s a good competitive wicket with a consistent pace and bounce. Many batters stood out in the first two games while spinners also enjoyed bowling at this venue. Whoever wins the toss should bat first.

IPL 2021 UAE leg: Team-wise one benched player who should get chances in upcoming games

Kusal Perera scored just 30 in the previous encounter and would like to make a more significant contribution in the last game.

Wanindu Hasaranga has been on a roll lately and Sri Lanka would be counting on him. The leg-spinner has scalped three wickets in this series.

Dwaine Pretorius will be a decent budget pick from the all-rounders. He had a decent first game, where he picked up a wicket and scored 10 runs.

Keshav Maharaj has bowled economically in the series and the Sri Lankan batters have struggled to read him. The left-arm spinner has taken two wickets in this series.

Tabraiz Shamsi is the top-ranked T20I bowler at the moment and South Africa will want him to deliver in this match as well. He has picked up four wickets in this series.

Quinton de Kock can possess a massive threat to Sri Lankan bowlers. The wicketkeeper-batter has slammed 94 runs in this series so far.

SL vs SA Must Picks for Dream11 Fantasy Cricket:

Reeza Hendricks is a proven star of this format and played a match-winning knock of 38 runs in the opening T20I. You can take a risk and pick him as your fantasy team skipper.

Dasun Shanaka can be a match-winner on his day. He scored 16 runs and picked up a wicket in the first T20I. It’s worth a risk to pick him as your fantasy team skipper.

Chamika Karunaratne hasn’t done much in this series. Hence, it’s better to avoid him while picking Dream11 teams.