Murgaran Shoulette is the top run-scorer for Constrictors in this tournament.

The 23rd match of the St. Lucia T10 Blast will be played between South Castries Lions and Mabouya Valley Constrictors at the Daren Sammy National Cricket Stadium in St. Lucia on 11th May.

The match will start at 9:00 PM IST and it will be streamed live on Fancode.

South Castries Lions will go head-to-head against the Mabouya Valley Constrictors in the 23rd match of the St Lucia T10 Blast 2021 on Tuesday. South Castries Lions are looking strong at the moment having won 2 straight matches on the trot. Skipper Johnson Charles and Collinus Callendar are in terrific form for Castries Lions. At present they are at 5th spot in the standings with 4 points.

Mabouya Valley Constrictors are coming into this match on the back of a loss against the Mindoo Heritage by 9 wickets. Constrictors have played 3 matches so far and have won only one of them. They need to show more intent with the bat and score at a good rate.

Castries Lions, with the way they have performed in the last 2 matches, shows they are ready for another win. Meanwhile, Valley Constrictors haven’t done well to their standards with the bat and they need big runs from their batters to win matches.

Captaincy Picks for SCL vs MVC

West Indian International Johnson Charles making batting so simple at the top of the order and have become a nightmare for the bowlers. In only 3 matches in this tournament, he has scored 109 runs at an average of 54.5.

Murgaran Shoulette is the top run-scorer for Constrictors in this tournament, in 3 matches he has scored 60 runs at an average of 30 with the highest score of 47*. He can be very dangerous once he gets going. 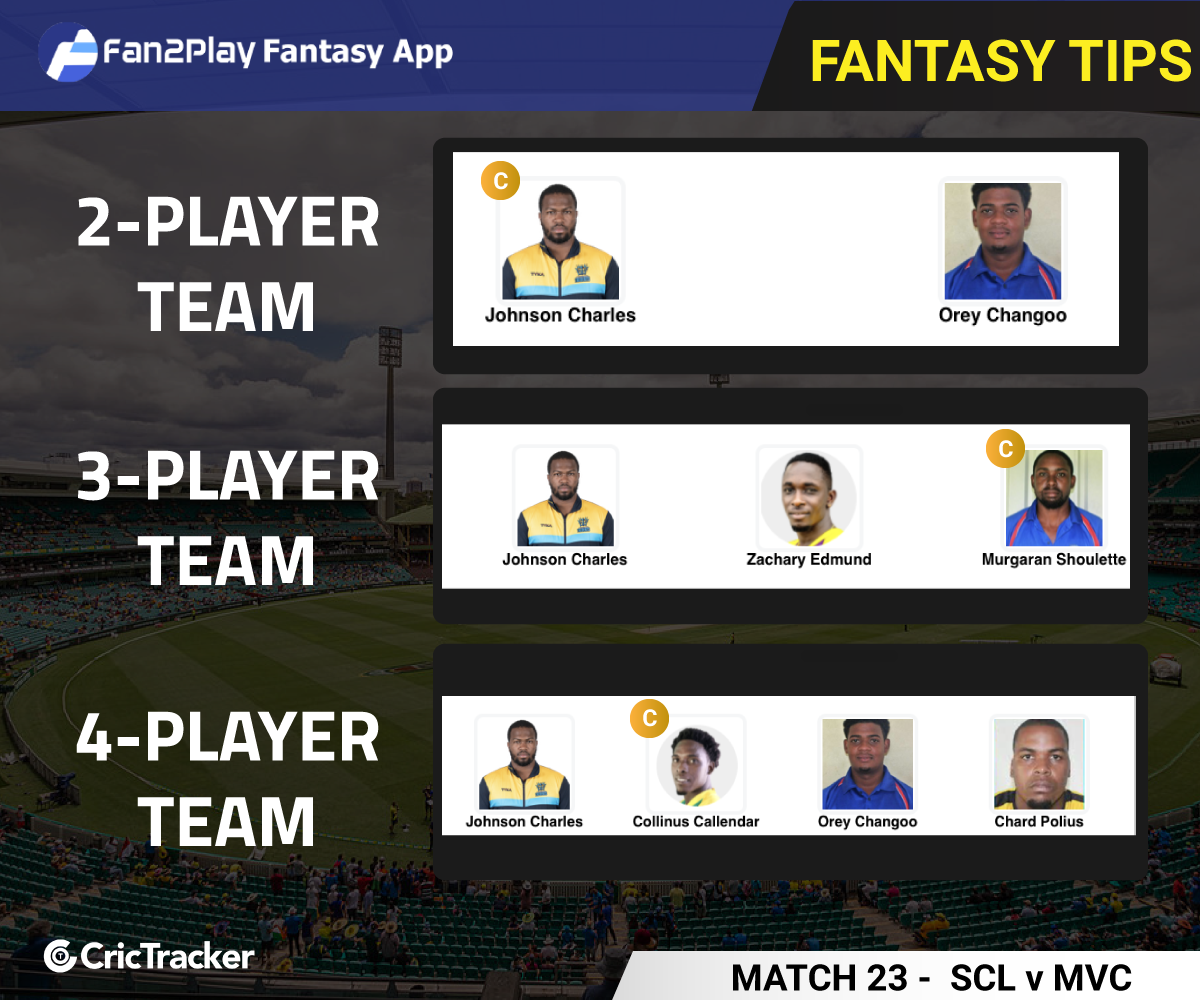 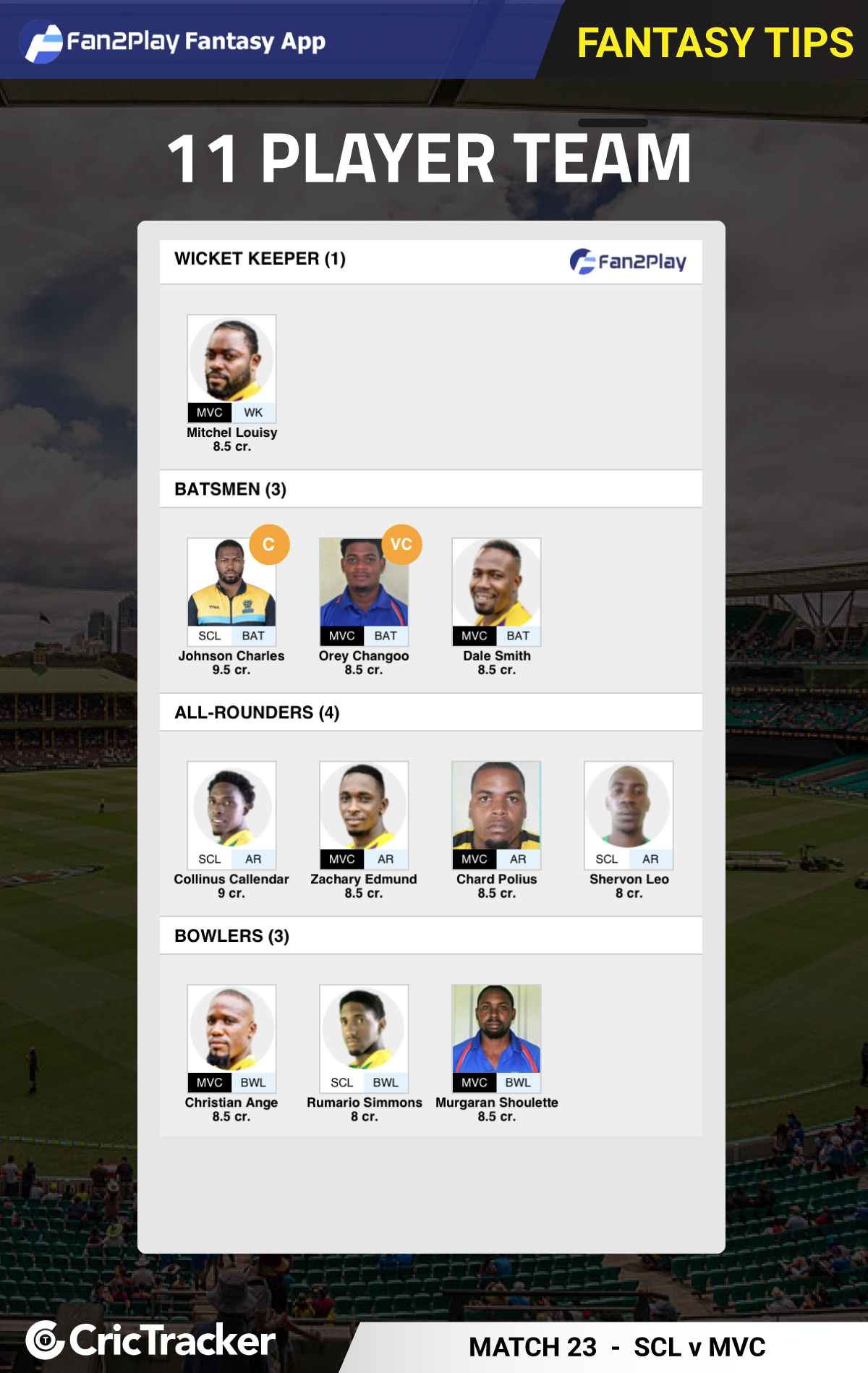