Ashok Bishnoi is a good pick for captaincy.

Match 33 and 34 of the ESC Malta T10 tournament will see Super Kings clashing against Mater Dei. These two matches will take place at the Marsa Sports Complex on Wednesday (June 23).

While the first match will start at 12:30 PM IST, while the second match will commence at 2:30 PM IST. Both games will be streamed live on the Fancode app.

Both teams have been on a roll this season and would like to snatch another victory. Super Kings haven’t put a foot wrong and have won all of their six matches so far. They have already secured a place in the knock-out stages.

On the other hand, Mater Dei didn’t start the season in thrilling fashion as Overseas defeated them in their first two fixtures. However, they bounced back and registered four wins on the trot. Mater Dei have performed well as a unit and would like to thrash the table leaders as well.

Captaincy Picks for SUP vs MAT

Super Kings pacer Ashok Bishnoi has been in red-hot form this season and he has delivered one match-winning spell after another. Bishnoi can contain the run-flow, and his happy knack of taking wickets makes him a captain’s delight. In fact, his tally of 11 wickets in six games is the highest for any bowler this season. During this, he has also maintained a staggering economy rate of 5.30.

The spotlight will also be on Cornelius Younus when he takes the field in this fixture. The dasher likes to attack bowlers from the outset, and his wide range of shots makes him even more lethal. With 108 runs in six innings, he has been Mater Dei’s best batsman and would like to shine against Super Kings as well. 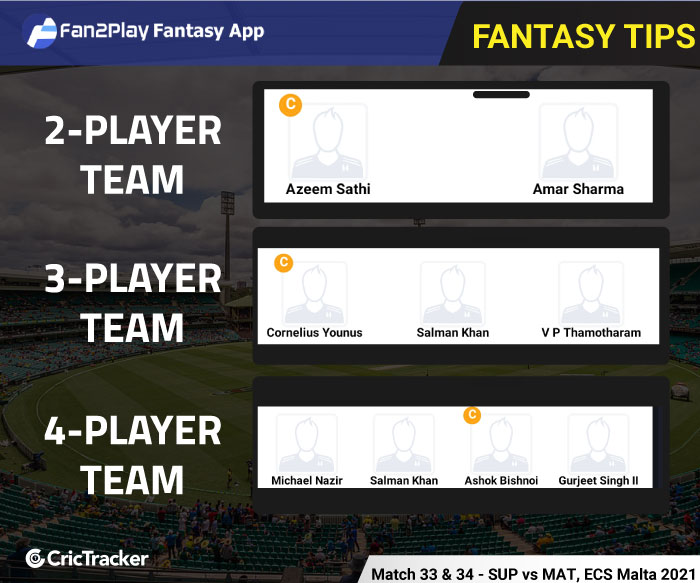 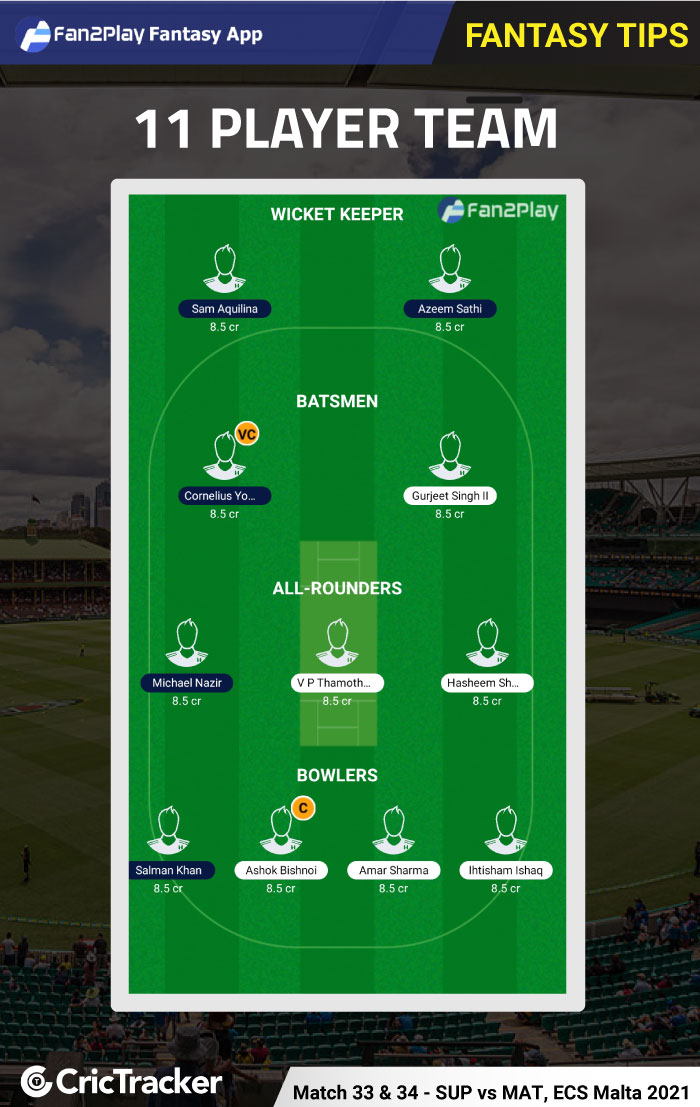