Title favourites are Surrey are expected to breeze past South Group rivals Kent.

The 2nd Quarter Final of T20 Blast 2020 will be played between Surrey and Kent at Kennington Oval in London.

Surrey and Kent will face each other in the 2nd Quarter Final of T20 Blast on Thursday. Only losing a single match in the league stage, Surrey is placed at the top of the points table, so they are high on confidence before coming into this match. They will be looking forward to continuing the winning momentum in this tournament.

On the other hand, by winning 5 of the 10 matches, Kent finished at the 3rd spot in the South group points table. So they will try not to commit the same mistakes in this Quarter Final.

The surface at Kennington Oval has been favoring the bowlers always. Chasing on this ground is easy for teams as teams batting second have won the last 4 matches played at this venue.

Daniel Bell-Drummond has scored 420 runs in 10 matches he played at a strike rate of 147. He is the highest run-scorer of the tournament so far. He can also perform well in this upcoming match.

Jason Roy has the potential to be a game-changer in this Quarter- Final. He is must pick opener for your Dream11 fantasy team. 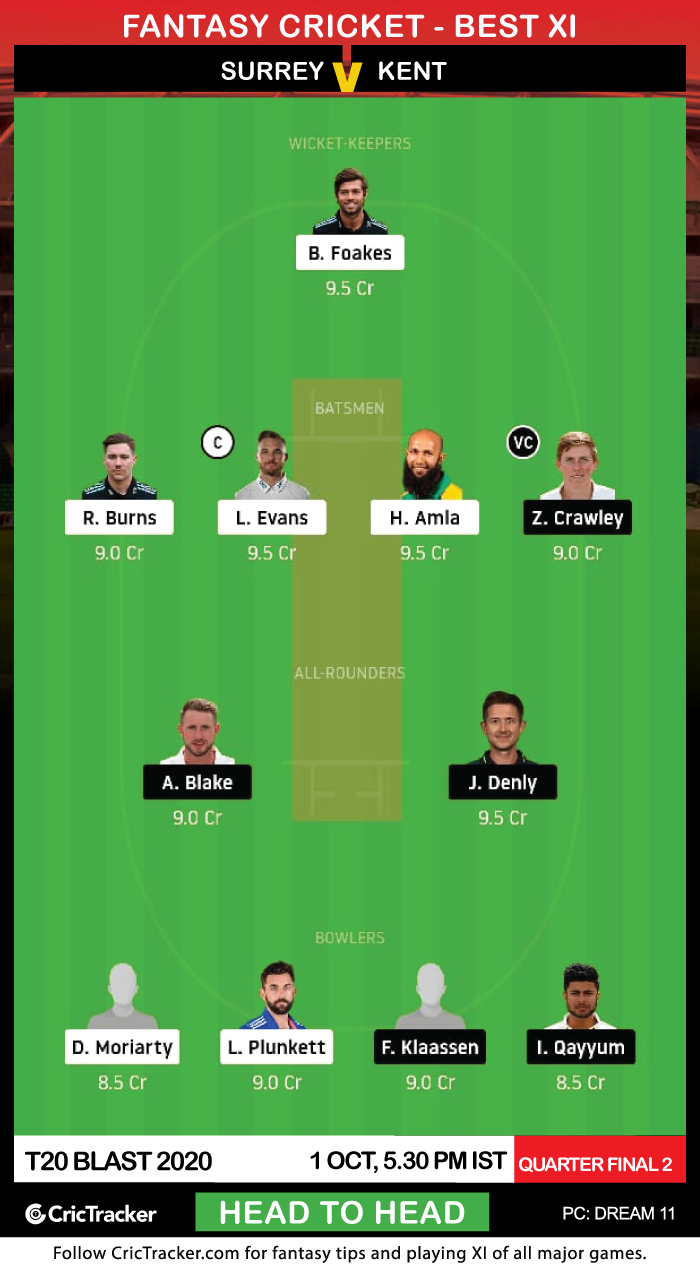 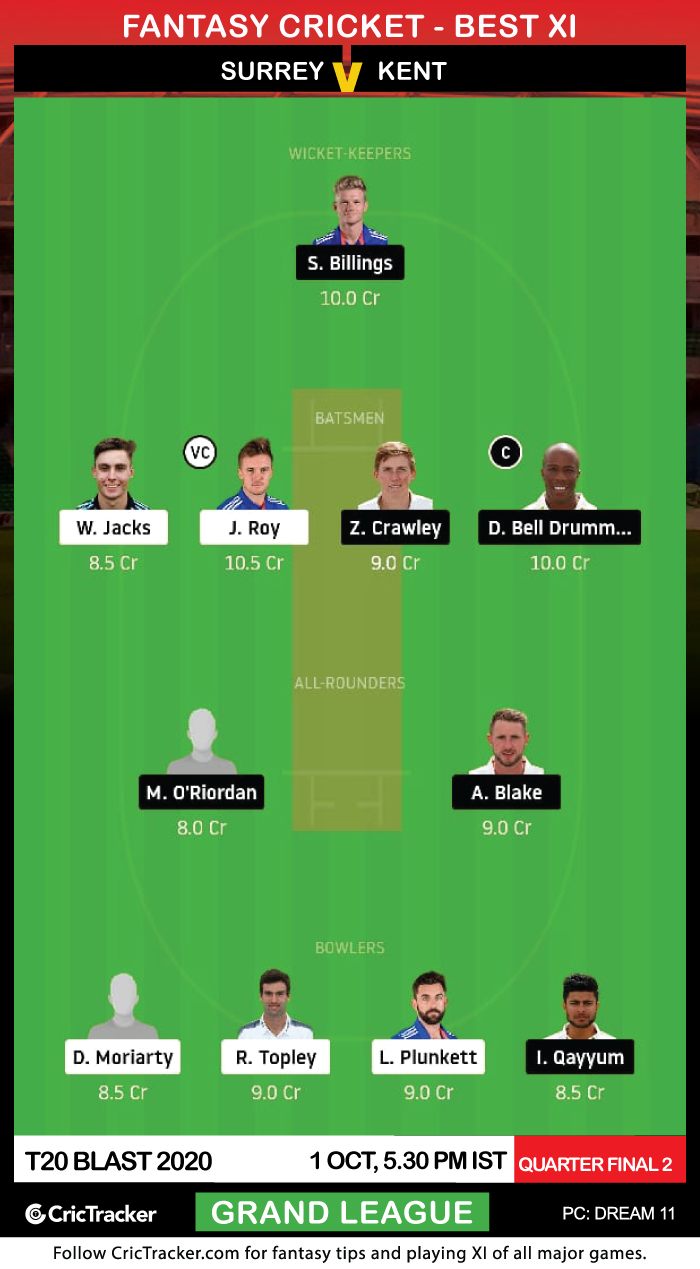 It is advisable to pick Daniel Bell-Drummond as either captain or vice-captain in your Dream11 fantasy team. He is the highest run-scorer of the Vitality Blast so far.

Surrey is expected to win this match.