Hobart Hurricanes are unlikely to be able to get their way around table-toppers Sydney Sixers. 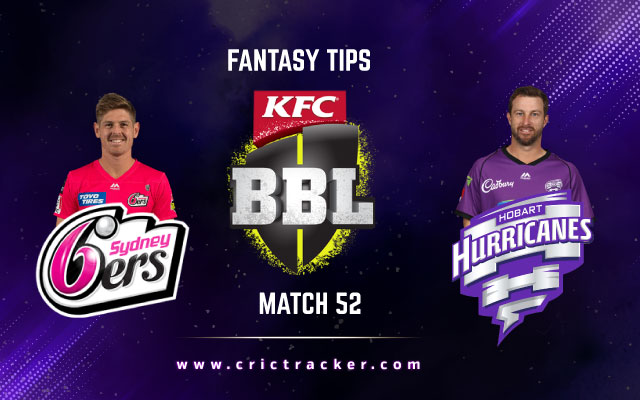 The 52nd match of the Big Bash League (BBL) 2020-21 season will be played between Sydney Sixers and Hobart Hurricanes at the Melbourne Cricket Ground in Melbourne.

One team will have a lot at stake in tomorrow’s game at the Melbourne Cricket Ground, while the same cannot be said about the other team. On one hand will be the Sydney Sixers, who have already secured their place in the playoffs.

Their job is now to secure pole position. Challenging them will be Hobart Hurricanes, who might currently be sitting in the seventh position, but are likely to feature in the playoffs if they can win their last two games. That, however, will be easier said than done, for Sydney Sixers are looking unstoppable at the moment.

We can expect a full game tomorrow, as there are but negligible chances of rain. The temperature will be around 35 °C during the start of the game.

This pitch will suit the batsmen, as scoring anything over 160 should not be much of a problem here. The target, however, should be to cross the 170-run mark.

Josh Philippe has reinstated his position as one of Australia’s hottest prospects after a poor IPL. He has scored 421 runs, which includes 3 half-centuries.

Though at the dusk of his career now, Daniel Christian is still as influential as he ever was. Having scored 182 runs and picked up 12 wickets, he is the ideal all-round pick.

D’Arcy Short is another such brilliant all-round pick, though from the opposition squad. He has scored 244 runs and has been successful with the ball as well.

Bem McDermott is having a good season, both behind the stumps and with the bat. He has scored 397 runs at an average of almost 45.

Besides being a good captain, Sixers’ Daniel Hughes has also played some great knocks with the bat. He has scored 282 runs at an average of over 30. 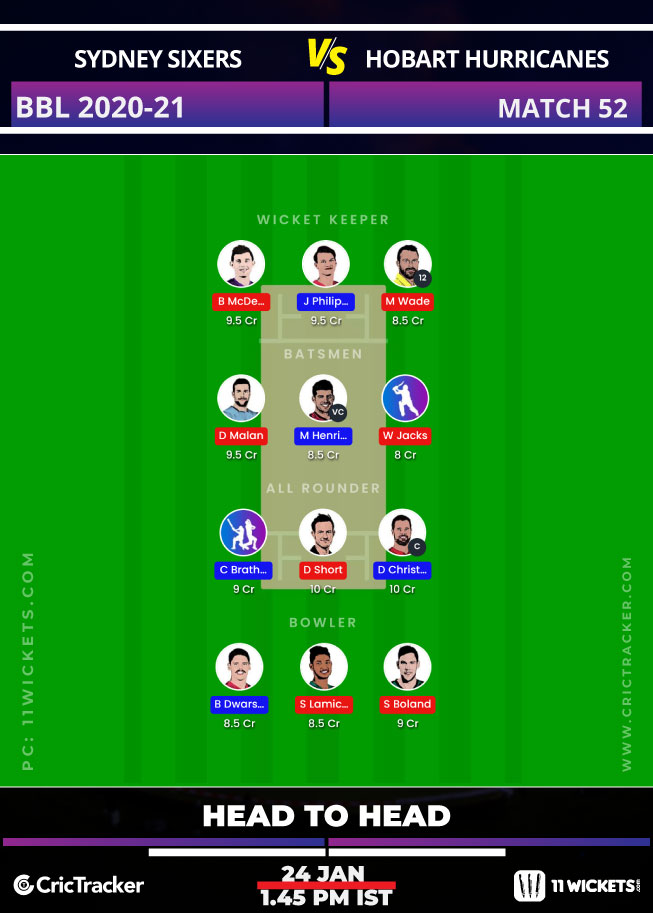 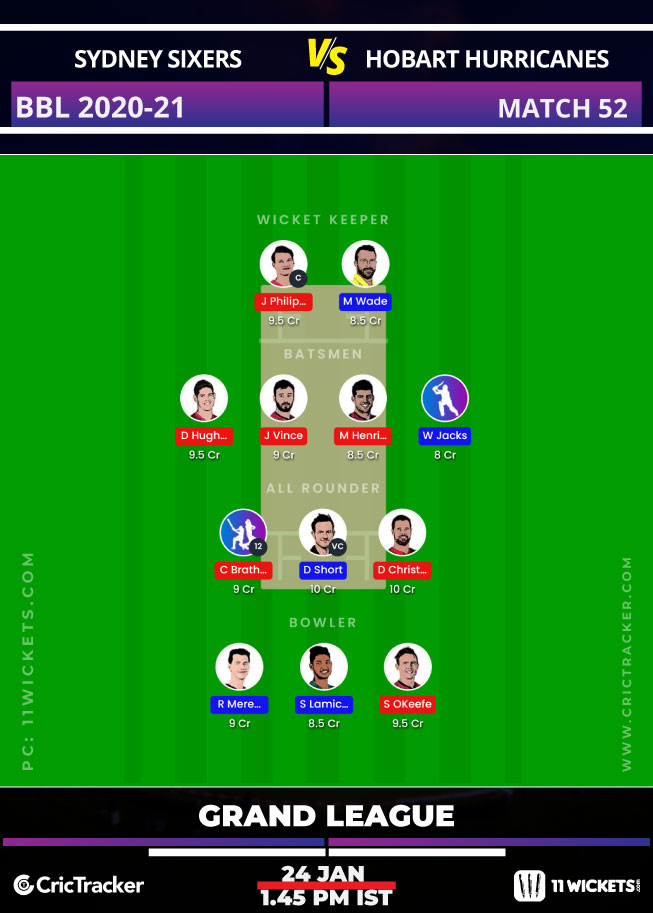 From the batsmen, Jordan Silk can be the perfect budget pick. Priced cheaply at 8.5 Cr, the Sydney Sixers player has scored 210 runs at an average of over 25.