Both teams are yet to register a win in the tournament.

Welsh Fire and Manchester Originals are set to lock horns in the 12th match of the women’s Hundred on Saturday, July 31. The Fire are yet to open their account in the tournament. In their previous match, Southern Brave’s Danielle Wyatt’s blew them away at the Sophie Gardens in Cardiff.

The Fire also have a net run rate of -1.189, the worst among the participating teams. The Originals, on the other hand, have a solitary point courtesy of their washed-out game against Northern Superchargers. In their first two games, they lost to the Oval Invincibles and Birmingham Phoenix.

The pitch in Cardiff has helped the slower bowlers to a large extent in recent times. An overly high-scoring doesn’t seem to be in the offing. Batting first should be the option for both teams. There are chances of rain at around 9 AM in the morning and there could be short delays. The temperature will be around 18 degrees Celsius with the humidity in the high-60s.

Lizelle Lee has the potential to do a lot of damage at the top of the order. She doesn’t mind throwing her hands at everything in the powerplay. In the first game, she played a handy 42-run knock, though it couldn’t help her team to victory. The Fire bowlers can’t afford to let her settle down. In the first two matches, she scored 49 runs at a strike rate of 106.52.

Sophie Ecclestone has done exceptionally for England over the last few years. She is currently the ICC’s no.1 ranked T20I bowler and she hasn’t done her reputation any harm thus far. In two matches in the Hundred, the left-arm spinner has picked up three wickets. Moreover, with an economy of 0.92, she is also the most economical bowler for her side. 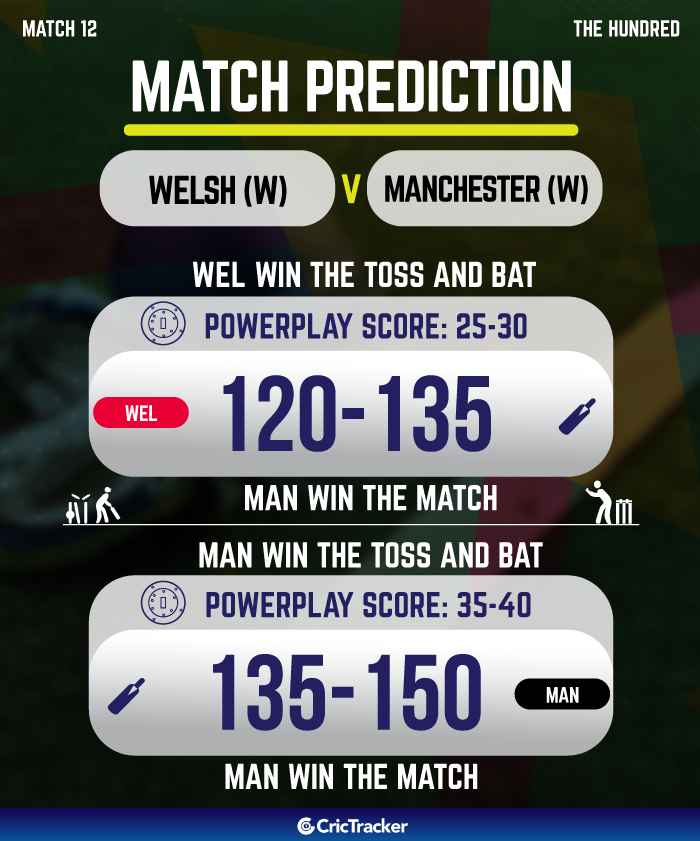