Sophie Ecclestone is the best option to make C or VC in Dream11 Fantasy. 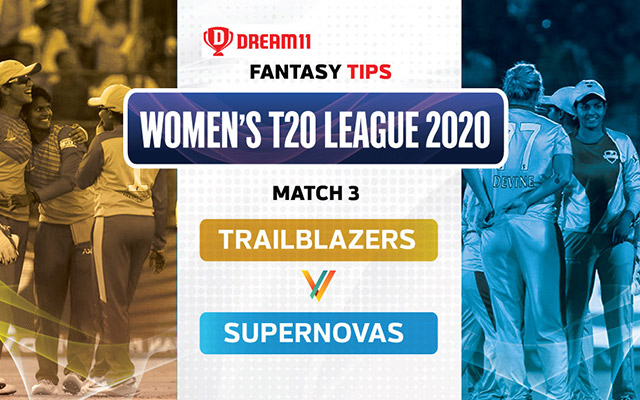 Supernovas won the toss and opted to bat

The 3rd match of the Women’s T20 Challenge 2020 will be played between Trailblazers and Supernovas at the Sharjah Cricket Stadium in Sharjah.

This game is scheduled to start at 07:30 PM IST (6:00 PM local time) (2:00 PM UTC). The game will be telecasted on the Star Sports Network. Also, live streaming will be available on Disney+ Hotstar.

The third and final league stage game of the Women’s T20 Challenge will see the Supernovas lock horns against the Trailblazers on Saturday evening. This is a must-win encounter for the Harmanpreet Kaur-led side having lost their opening game against the Velocity. However, Trailblazers have made their job easy defeating Velocity the other day by a huge margin. NRR won’t matter now and if Supernovas win this match, they will qualify for the final.

Trailblazers, led by Smriti Mandhana, have more or less made it to the final with their big win over Velocity. They bundled out Velocity for just 47 and then chased the target with 73 balls to spare. Only if they lose the way Mithali Raj and Co lost, there are chances of them getting knocked out from here on. However, the Trailblazers will be keen on continuing their winning form ahead of the final on November 9.

There is no chance of rain at all in Sharjah on Saturday and expect this to be a very close game. The temperature will hover in the late 20s during the match.

Two games of the Women’s T20 Challenge on different pitches and on both occasions, the pitch was on the slower side with the spinners getting a lot of help. Expect similar scenes once again and a score around 140 should be considered par.

Smriti Mandhana didn’t score much in the 48-run chase in the last game but she is an excellent batter and will be keen on getting some crucial runs under her belt before the final.

Harmanpreet Kaur looked in good touch in the last game scoring 31 off 27. She is batting at four as well to get back in touch and can be dangerous for the opposition.

Sophie Ecclestone is the number 1 T20I bowler in the world. And she proved it in the game against Velocity with the figures of 4/9 in her four overs.

Ayabonga Khaka took the new ball in the previous game and picked two wickets upfront. She will be once again important for her team. 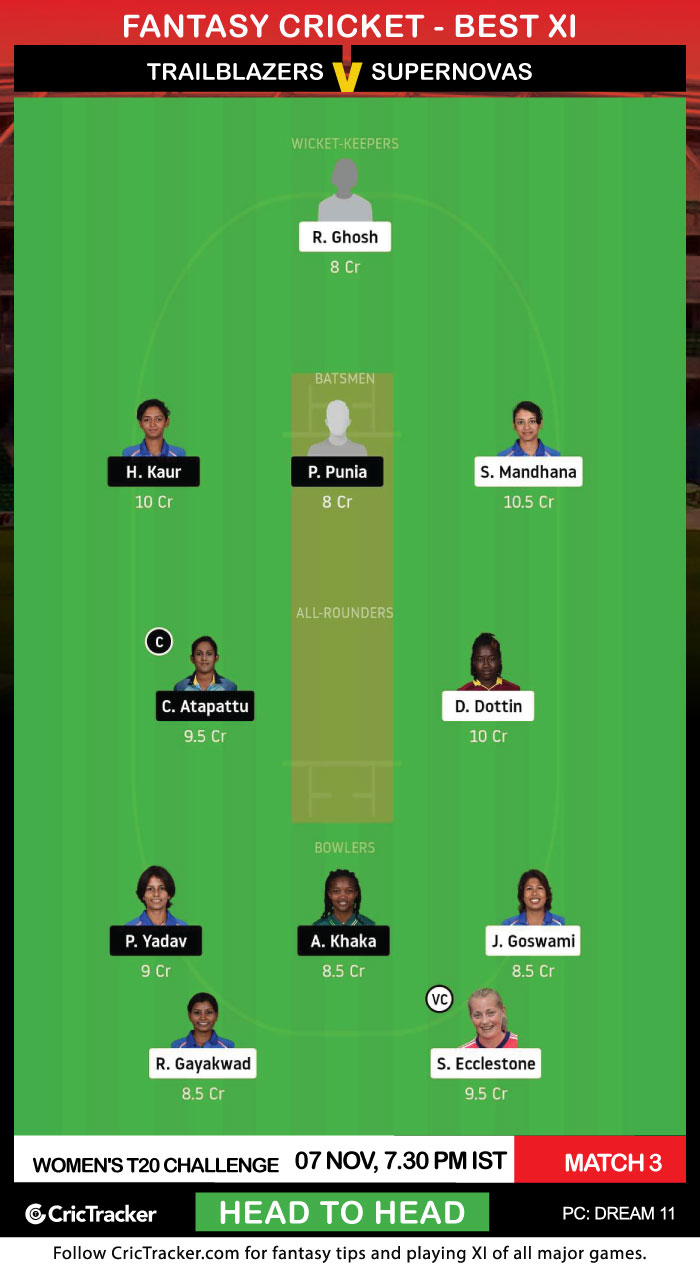 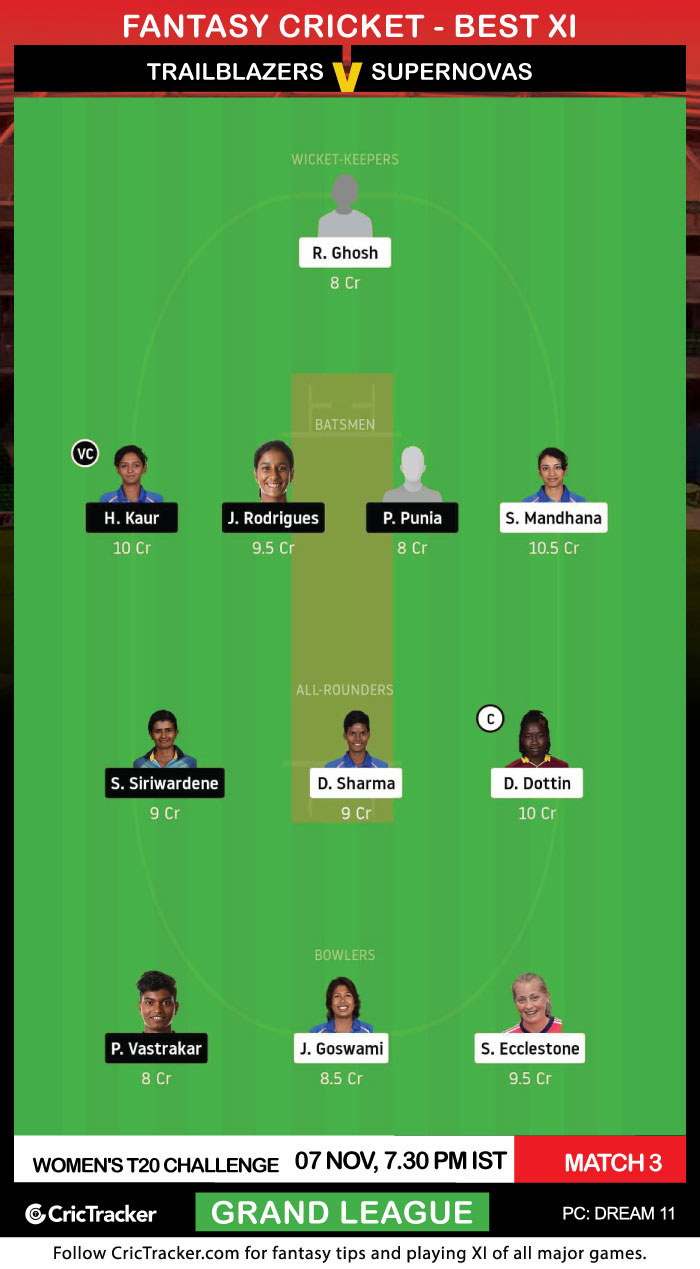 Don’t judge the players with their performances in their last match. The likes of Poonam Yadav, Radha Yadav and Jemimah Rodrigues can be picked and made C or VC in Grand Leagues.

Trailblazers are expected to win the match.