Mid-Atlantic are expected to win this match.

South will go head-to-head against Mid-Atlantic in the 2nd match of the USA One Day National Championship 2021. This match is scheduled to play at the Minute Maid Park in Houston on Tuesday. It is going to be an 8-team tournament that started on 15th November. South has announced a strong squad that comprises some exciting players in batting and bowling.

Talking about Mid-Atlantic, they also look like a settled team and would be looking to get off the mark on a winning note. However, the South is expected to have a slight upper hand against Mid-Atlantic. Hence, we can expect a thrilling encounter between these two teams on Tuesday.

The wicket will favour both the batters and the bowlers. Batters need to hang in there for long to put huge runs on the board, whereas the bowlers need to stick to their game plan.

Jaskaran Malhotra made his ODI debut for the USA against Papua New Guinea in 2019. So far, he has played 11 games and scored 313 runs at an average of well around 40.

Steven Taylor has some experience in this format of the game. He has featured in 18 ODIs and scored 402 runs while picking up 12 wickets with the ball.

Monank Patel is an experienced campaigner who has featured in 19 ODIs for the USA and scored 525 runs at an average of around 33.

Dane Piedt is a South African cricketer and has featured in a few Test matches for the side. He will be a good pick for your fantasy team, as he has the potential to shine on the big stage. 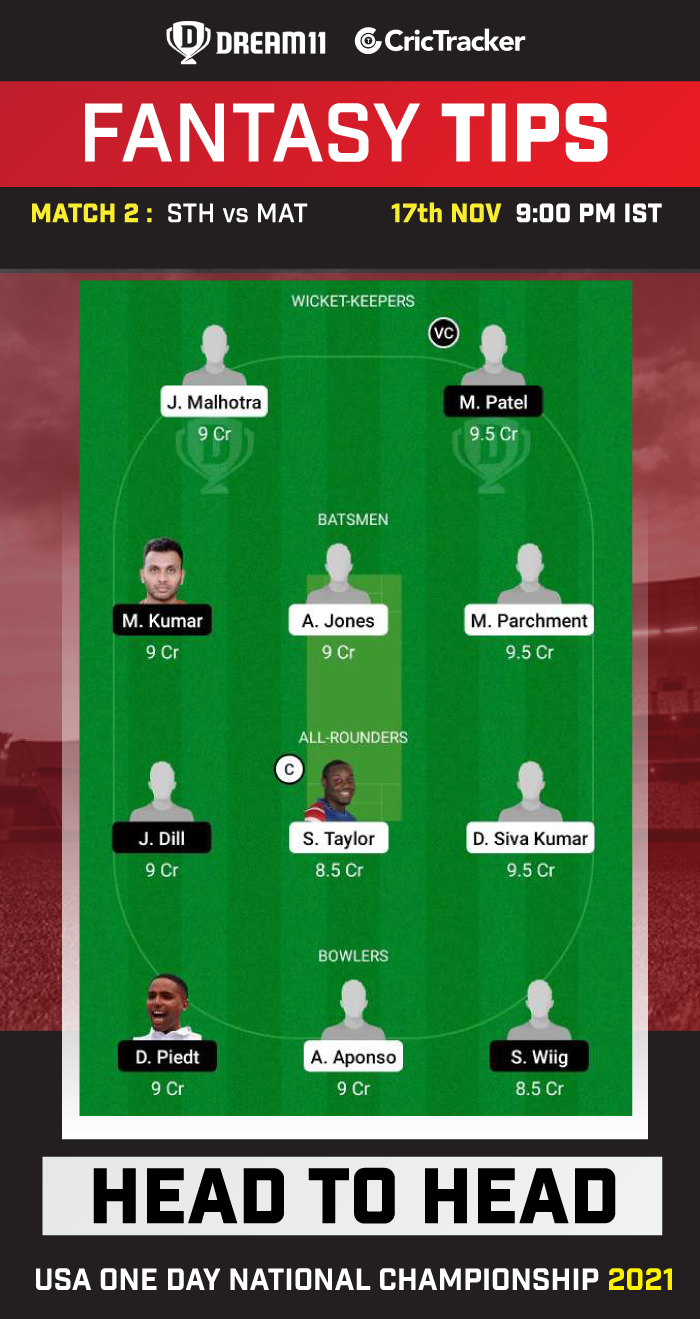 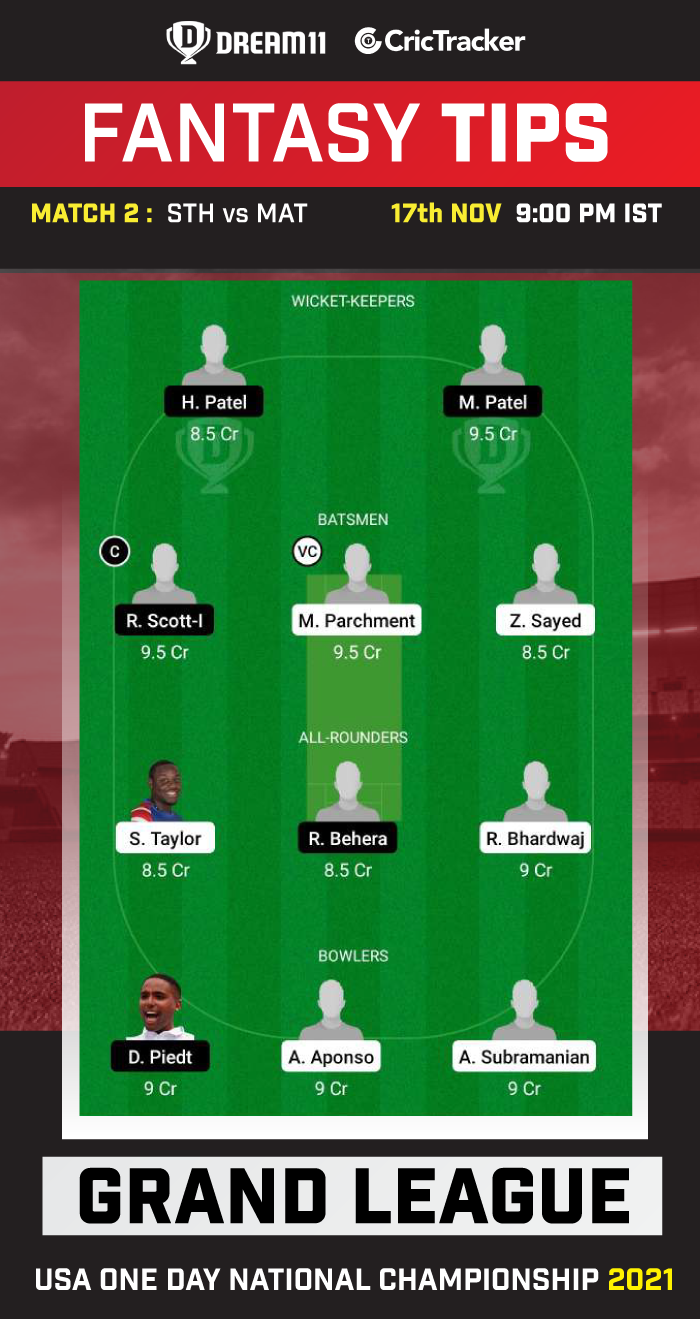 Mid-Atlantic are expected to win this match.