VCA Red are going to take on VCA Sky Blue in the 16th match of the VCA T20 2021 on Tuesday. Both the teams are battling each other for the second time in this tournament. VCA Red walked off with a 5-wicket triumph in their first meeting against VCA Sky Blue. VCA Red have placed themselves at the 2nd spot, with 4 wins from five matches.

Coming to VCA Sky Blue, they haven’t made a stellar start to the season and would look to win the upcoming match to gain some momentum in the contest. They have won 2 out of their 5 matches and are currently placed at the 4th spot on the league table.

The wicket was slightly on the slower side, and it will be difficult to accelerate in the middle phase of the game. Hence, whoever wins the toss should look to bowl first on this wicket.

Parth Rakhade is a must-have player in your fantasy team. He has amassed 140 runs and has scalped 4 wickets after featuring in five matches.

Mandar Mahale is a decent batter for VCA Red in the ongoing tournament. He has scored 107 runs, while picking up 2 wickets with the ball.

Sanjay Raghunath has been impressive in this contest and hence, VCA Red will be aware of him. Alongside scoring 149 runs, he has also picked up a couple of wickets.

Siddesh Neral will lead the bowling attack in the upcoming match against VCA Red. He has bagged 8 wickets after featuring in five games. 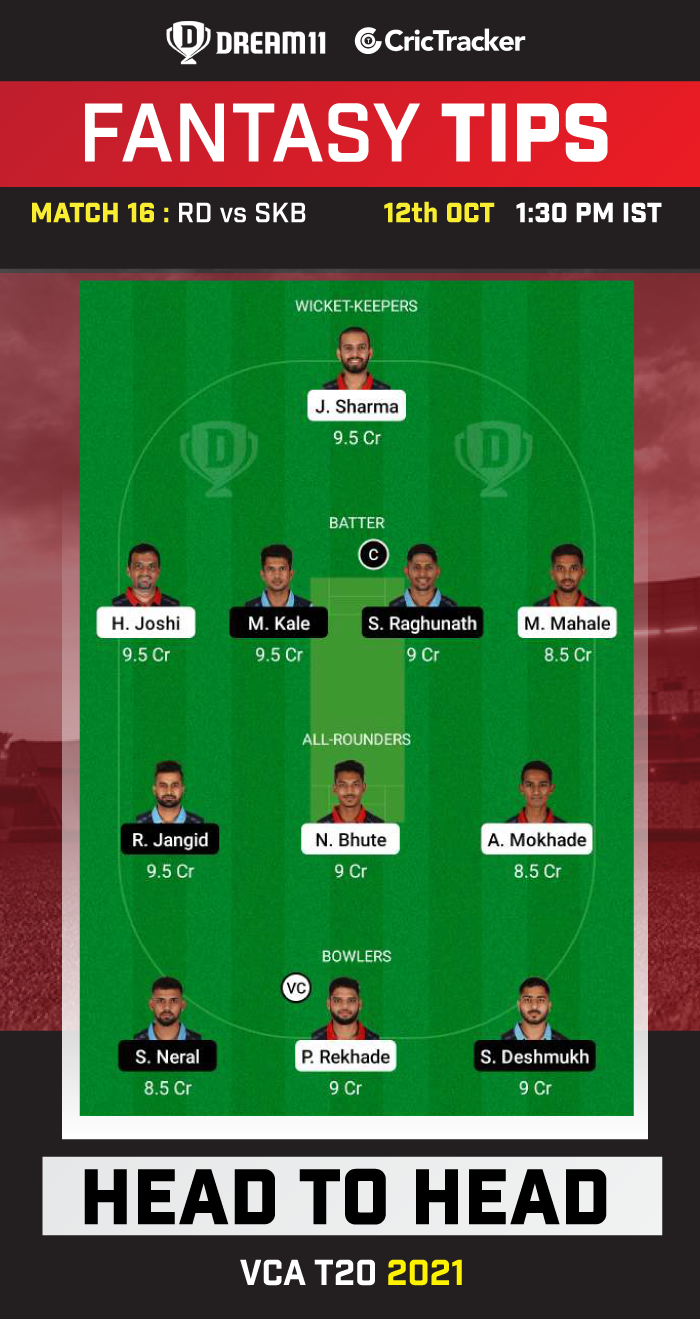 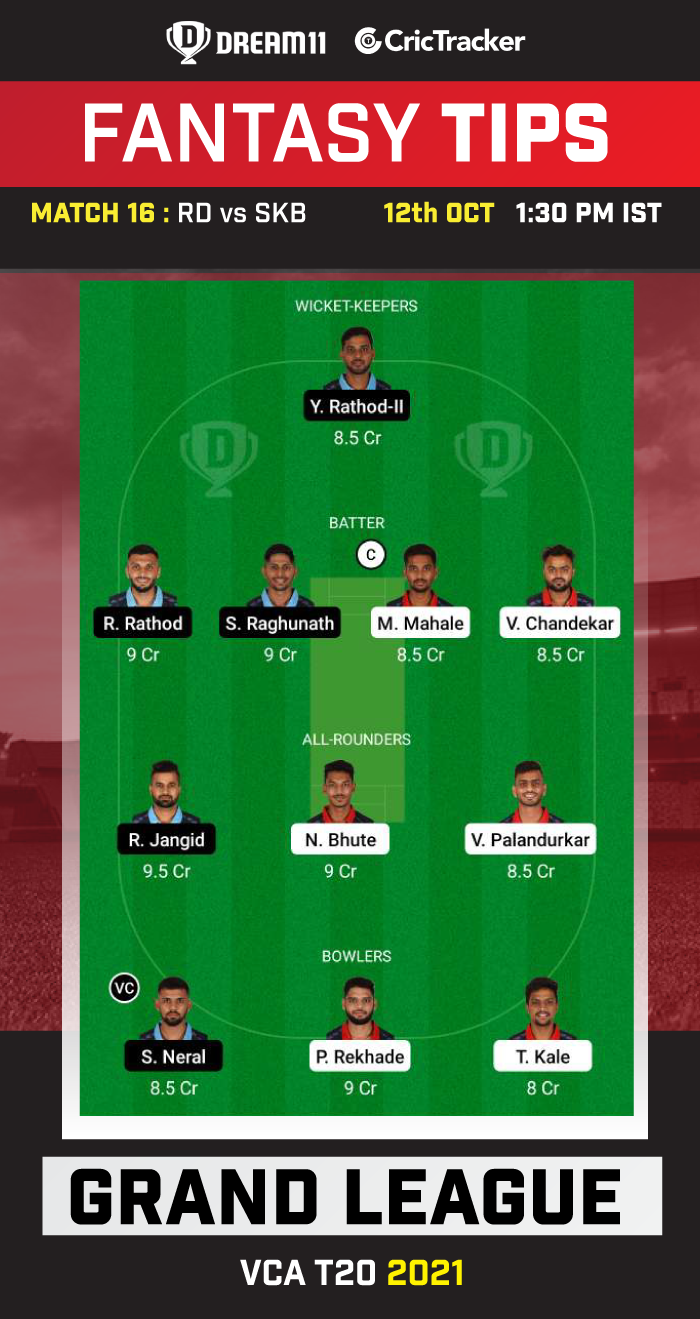