Sam Hain is an excellent captaincy pick for this match.

Warwickshire and Northamptonshire will face each other in a North Group encounter of the Vitality T20 Blast tournament. This clash between the two outfits will be played at Edgbaston.

The Warwickshire side is currently placed at 5th place in the points table. They have played 13 matches and won 6 of those. In their previous match against the Worcestershire side, they won by 17 runs.

On the other hand, the Northamptonshire outfit is positioned at the last place in the points table. They have won only 4 out of the 12 matches that they have played. In their last completed game, they lost to the Lancashire side.

Probable Playing XIs for WAR vs NOR

Captaincy Picks for WAR vs NOR

Rob Keogh was in good form in Northamptonshire’s previous match against the Lancashire side. He scored a 48-ball 56 and helped his side to a total of 142/8 on the board. Keogh will play an important role for his side with the bat in their next match.

Sam Hain hammered the Worcestershire bowling attack in Warwickshire’s previous clash. He scored 83* off just 53 deliveries, and his innings was embellished with 8 fours and 2 sixes. If Hain can unfurl his big hits, then the opposition will have a lot of problems to deal with.

Fan2Play Fantasy Cricket Tips for WAR vs NOR 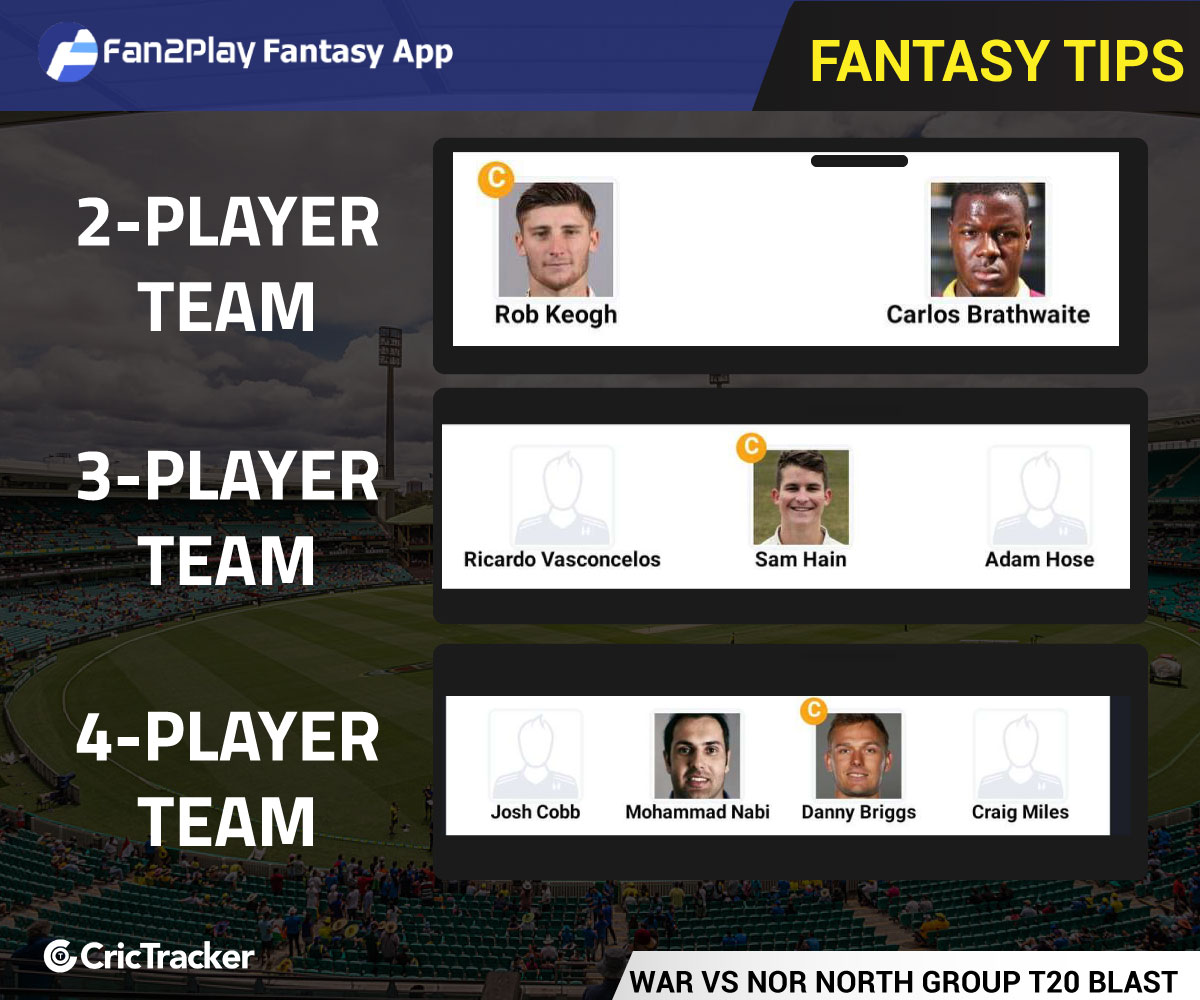 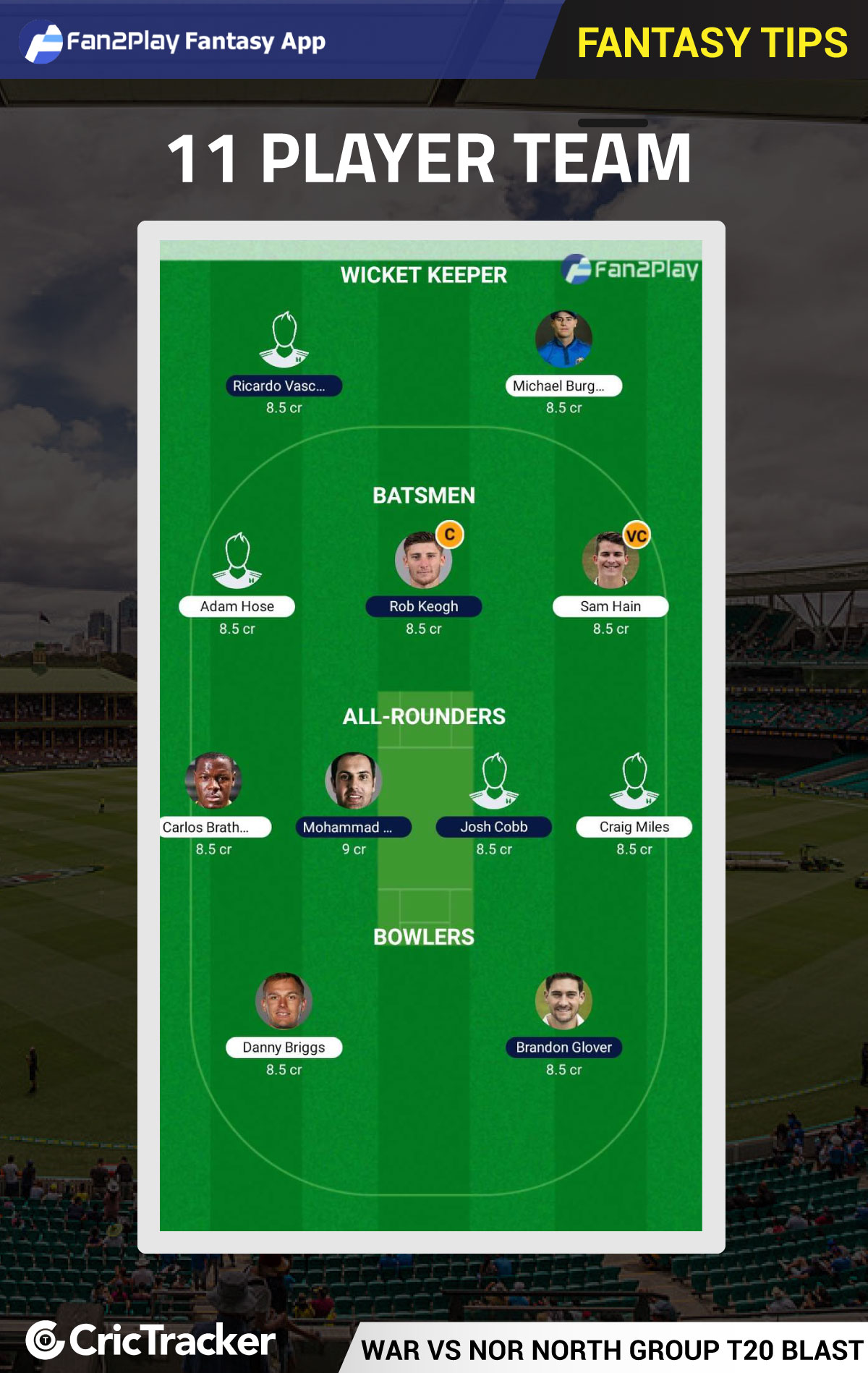