Sophie Devine has earned more than 100 points in both the matches this season.

The 9th match of the 2019 Women’s Big Bash League (WBBL) will be played between Adelaide Strikers and Hobart Hurricanes at the Allan Border Field in Brisbane.

Hobart Hurricanes had a tough 2018/19 season but started off the first-ever standalone WBBL in style with back to wins. They defeated Melbourne Stars twice in two days during the last weekend. On Saturday, they got a 20-run win after posting 164/5 in their 20 overs. On Sunday, they comfortably chased down the target of 137.

They will now travel to Brisbane where they face Adelaide Strikers on Saturday at the Allan Border Field. The Strikers started off the season with a win and a loss against Melbourne Renegades at home. In the first game, they comfortably chased down the target of 118 runs. On Sunday, they put a total of 152/5 in their 20 overs which the Renegades chased with an over to spare.

The Allan Border Field is expected to be witness clear skies on Saturday with no chances of rain interruption.

The Allan Border Field is usually a low scoring venue but on Saturday it will host two matches. The first of them will be played between the Strikers and Hurricanes. The best batting conditions are expected to witness for this match. Both the teams have enough batting to record totals up to 160.

The new role of opening the innings has helped Erin Fazackerley to earn a good number of points. Tahlia McGrath is inconsistent but she costs only 8.5 credits. Amanda-Jade Wellington is yet to make an impact with the ball but can do well if she finds some turn from the pitch. Maisy Gibson took four wickets from two games.

Sophie Devine has earned more than 100 points in both the matches this season. 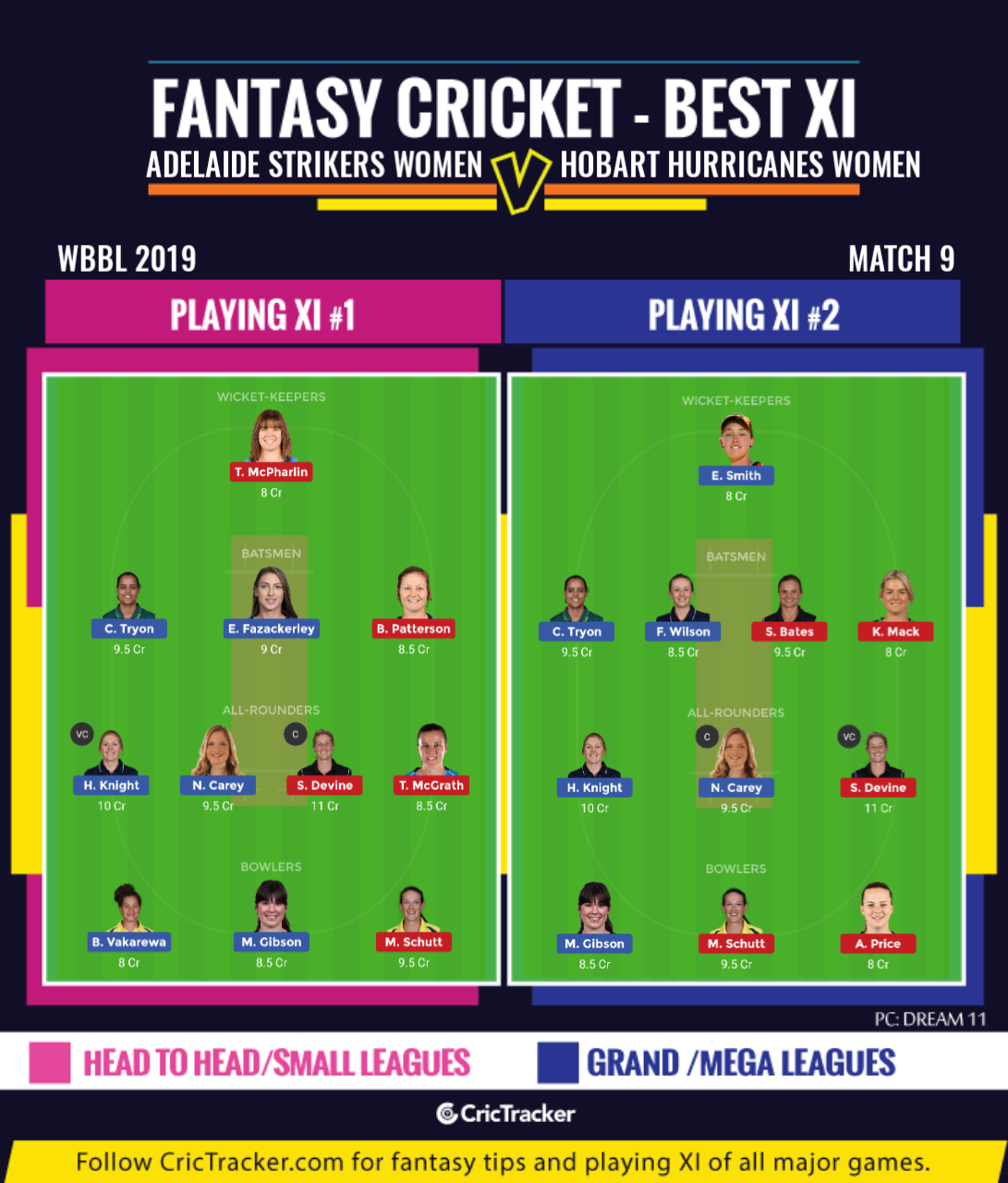 Sophie Devine, Heather Knight and Nicola Carey will be the most important players in the fantasy team for this game. Devine opens the innings while Knight and Carey bat in the top five.

Hobart Hurricanes are expected to register their 3rd consecutive win of the tournament.