3 years down the memory lane;recollecting the memories of the historic day.

3 years down the memory lane;recollecting the memories of the historic day.

“Dhoniiiiiiiiiii……….finishes off in style…..a magnificent strike into the crowd…..India lift the world cup after 28 years….the party starts in the dressing room…and its the Indian Captain who has been absolutely magnificent in the night of the final”. 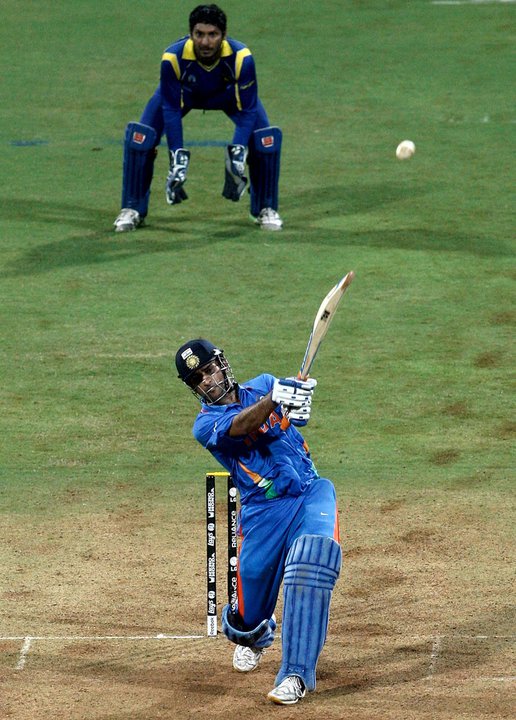 Those were the words which came out of  an overelated  and overjoyed Ravi Shastri after Dhoni hit that magnificent six to give India a memory which every Indian would cherish for his lifetime.Its been 3 years since India won the  World Cup but the memory of Dhoni hitting that six to Nuwan Kulasekra can give goosebumps to any Indian cricket fan. 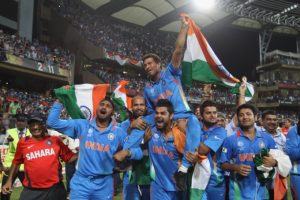 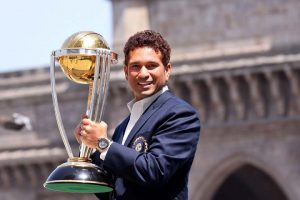 Winning the World Cup is the ultimate dream of any young Indian cricketer.So it was for a young man called Sachin Ramesh Tendulkar.This was his sixth and last world cup.He had done everything that a Cricketer could do to bring joy to a billion people’s life.He had been the pride of India from 21 years but the only trophy that was not in his arsenal was that of a World Cup winning team.That was somehow haunting him from inside.

He had come so close to seeing his dream turn into reality in the World Cup 2003.India lost the Final of that World Cup against Australia which is something that still haunts a cricket fan like me.He knew that it was his last and final chance to win the World Cup and so he performed at even his best.And when the Master does his best,the Almighty does the rest.The team played the World Cup for him and gave him a treasure that he richly deserved.

He played like a Champion in that world cup.Never did one felt that he had so much of pressure of expectations on those shoulders.He looked calm,composed and at his confident best throughout the World Cup.In all the matches he played in the World Cup 2011,he scored 482 at an average of 53.55 with the best of 120. 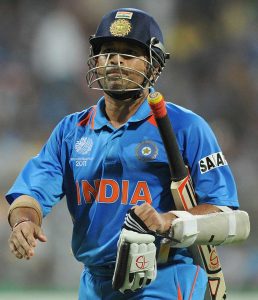 However,he did not quite have the perfect climax to his magical run in the world cup as he was out for just 18 runs in the finale.That was the biggest wicket that Sri-Lanka could get that day.Their celebration said it all.Though the master couldn’t get going in the night of the finale,Gambhir played a fabulous knock along with the skipper MS Dhoni and the rest was history.Who can forget the childlike smile that Tendulkar   had after he came out of the dressing room after India had won the world cup. 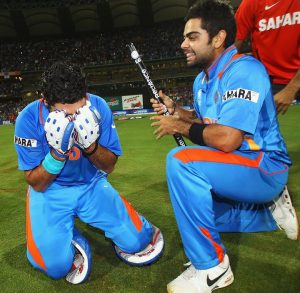 Along with the smiles,their were tears as well.As Dhoni said “Each and every member of the team cried after winning the world cup”.It was indeed a very very emotional moment for each and every member of the Indian Cricket team as well as for the whole of  India.It is the biggest achievement that a sportsman who plays a team sport can ask for.Be it Cricket,Hockey or even Soccer.The Indian cricket team and the entire India had not forgotten the 2003 and 2007 World cup. While we could not cross the finishing line in 2003 world cup and lost in the final,2007 world cup was a disaster.The team could not qualify for the Super 10 stage after losing to Bangladesh and Sri-Lanka.It was still haunting the Indian Cricket team and they wanted to make amends for that. 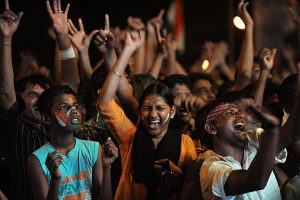 The most amazing thing in that World Cup was the support that the Indian team got from their countrymen.Their were prayers in every temple,church and mosque of the country.We all wanted India to win the World cup.We Indians are very very emotional when it Cricket.We consider it as a religion.We consider it as our passion.We take the game very very seriously.It is this game that unites our country in-spite of the many discrimination’s that the society has created.We  wanted the Indian team to win this cup at any which way;either by hook or by crook.

The dream of winning the World Cup could never have been possible without  some special performances from some very special players.What was very good to see that the triumph wasn’t because of the performances of only a few players,but was a combined team effort from the entire.However,some of the very special performances cant be ignored as well. Yuvraj Singh’s form in that world cup was one of them.He played like a champion in the world cup and was the man of the series as well.He was at his destructive best in the world cup and at the same time played a very responsible role as well.Sachin tendulkar had advised him to play this World Cup for someone who is loves a lot and who he has a lot of respect for.Yuvraj Singh then decided to play this World Cup for Sachin himself.

Having played all the 9 matches ,Yuvraj scored 352 runs at an average 90.50 and also took 15 wickets.Zaheer Khan’s 21 wickets in the tournament was also a remarkable achievement.He delivered for the team whenever he was required.

Gautam Gambhir’s 97 runs in the World Cup final needs to be given a special mention as well.At a time when India lost both their openers cheaply,his was the innings that set up the match for India.He must have been under a lot of pressure because he had not got big runs in the tournament but he delivered his best when it mattered the most. 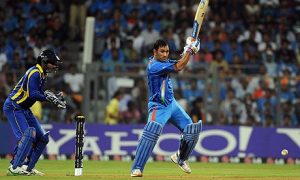 A lot of praise and admiration needs to be given to the Captain Cool MS Dhoni as well.It is not easy being the Captain of the Indian Cricket Team when you are continuously under media scrutiny.He was indeed under a lot of pressure,playing in their own country added to the pressure as well.But he kept his cool and focused on the job in hand.His innings of 91 in the World Cup final would be remembered for ever and ever.

A lot has happened in Indian Cricket since India won the World Cup.We have lost 8 back to back test matches in England and Australia.We have lost the number one ranking in tests as well.The World Cup heroes are no longer in the Indian team.Indian cricket has had a period of transition.There is new blend of some very promising youngsters in the team.