George Worker is the leading run-scorer in the tournament and he has been pretty consistent. 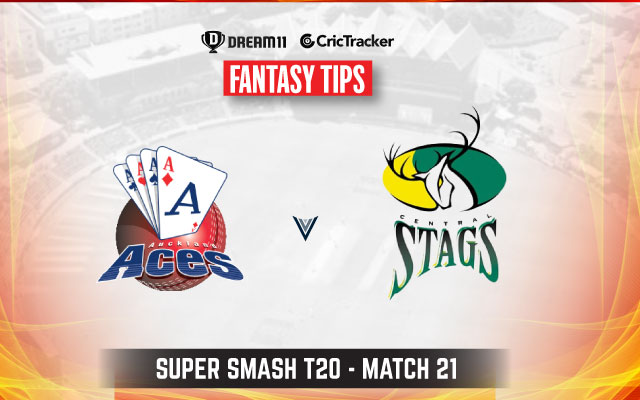 The 21st match of the Super Smash 2020-21 will be played between Auckland Aces and Central Stags at the Eden Park Outer Oval, Auckland.

Auckland Aces will lock horns with Central Districts in the 21st league match of the tournament. The former team has really struggled in this tournament and is winless in six matches. Their tournament is all but over and it’s the pride that they need to salvage in the remaining few games.

Central Stags, on the other hand, are well placed at the second spot winning five out of their seven matches. They will look to continue their good run against a hapless Auckland side to take the top spot, ahead of Wellington Firebirds.

The weather at Auckland will be partly cloudy but there are absolutely no chances of rain. The temperature will be around 22 degrees Celsius.

The track at Eden Park Outer Oval is good for batting. Teams chasing have been successful at this venue and the captain winning the toss would look to bowl first.

Mark Chapman has only played one match so far but looked good. He scored 25 runs in only 13 balls at a strike rate of 192.30. 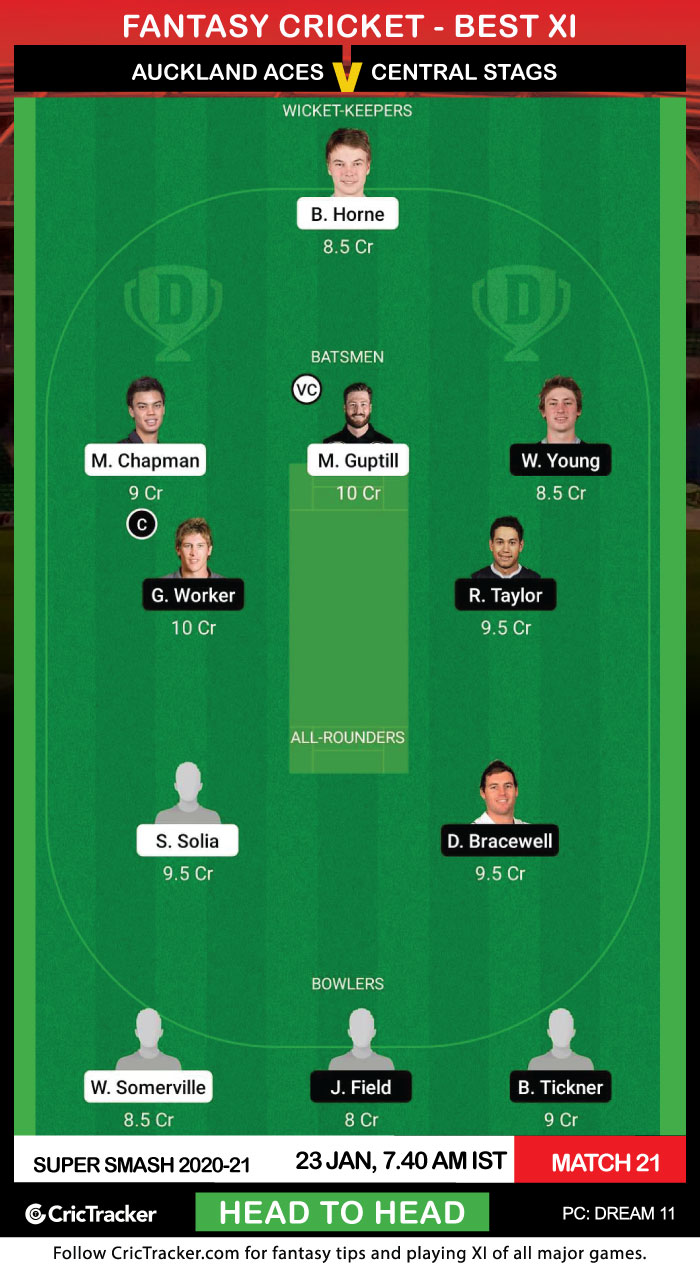 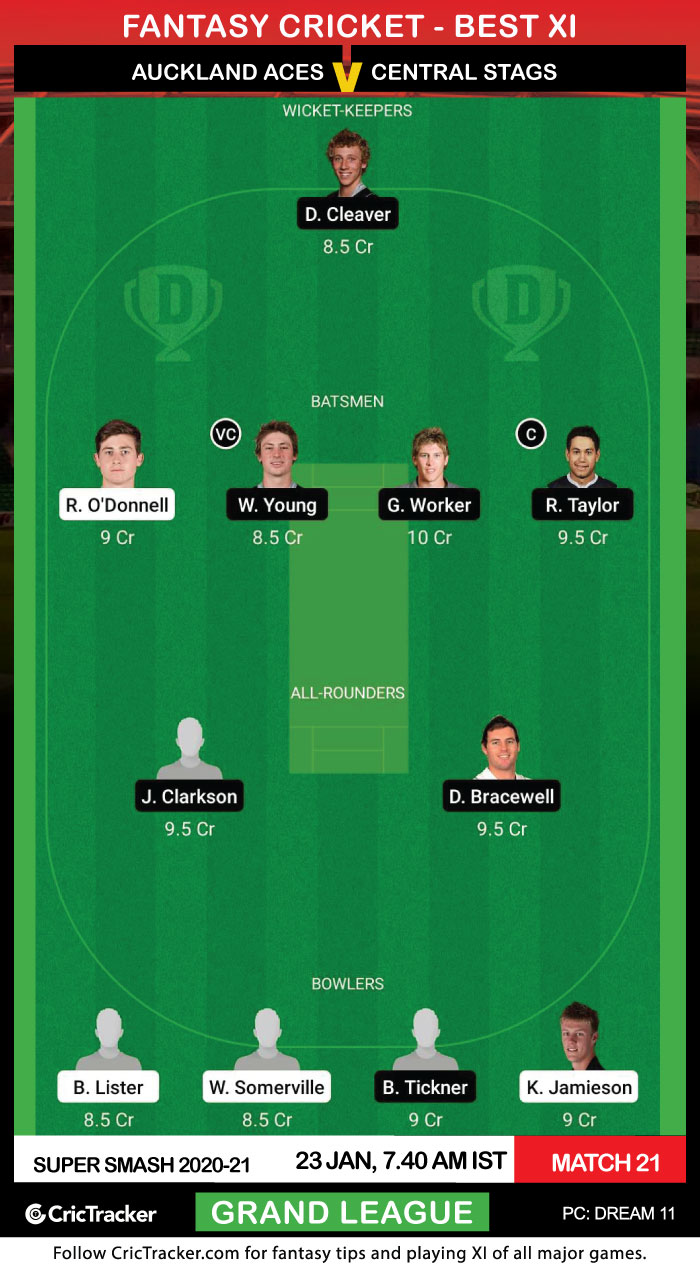 George Worker is the leading run-scorer in the tournament and he has been pretty consistent. He should be a must pick and can be used as a multiplier.