Defending champions, Northern Warriors will take on Delhi Bulls in the inaugural match of the Abu Dhabi T10 League 2021 on Friday. Warriors went on to beat Bulls in the final of the last season by 8 wickets and clinched the trophy. They are completely different compared to last year. Chris Jordan will lead the side this year and includes some of the big names with the likes of Moeen Ali, Imran Tahir, and Samit Patel.

Delhi Bulls, on the other hand, will be disappointed to lose in the finals against Northern Warriors last year. Dwayne Bravo will continue as a skipper for this year as well. The inclusion of Rilee Rossouw, Eoin Morgan, and Luke Wright will further strengthen the side. They are hopeful of going a step further in this tournament.

It’s an excellent sporting surface where batters will definitely enjoy their outing in the middle and of course bowlers will be at the receiving end. It’s quite difficult to set the target in the shortest format of the game and hence bowling first is a good option.

Rovman Powell had a good last edition with the bat for Northern Warriors. In 9 matches he smashed 192 runs at an average of 96 with a strike rate of 240.

Moeen Ali has played a lot of cricket in Abu Dhabi in recent times and knows the conditions quite well. He is likely to bat higher up the order and is a must-pick for your fantasy teams.

Afghanistan wicketkeeper batter, Rahmanullah Gurbaz can smack the ball well and is a perfect suit for this format of the game. He has scored 177 runs in 8 matches in the last edition and is hopeful of delivering the same in this match as well.

Luke Wright is a versatile player and ideal for this format. He will be the main attraction for Bulls in this tournament. He can be a good pick for your fantasy teams. He played for Team Abu Dhabi last year and scored 97 runs in 7 innings at a strike rate of close to 160.

NW vs DB Must Picks for Dream11 Fantasy Cricket: 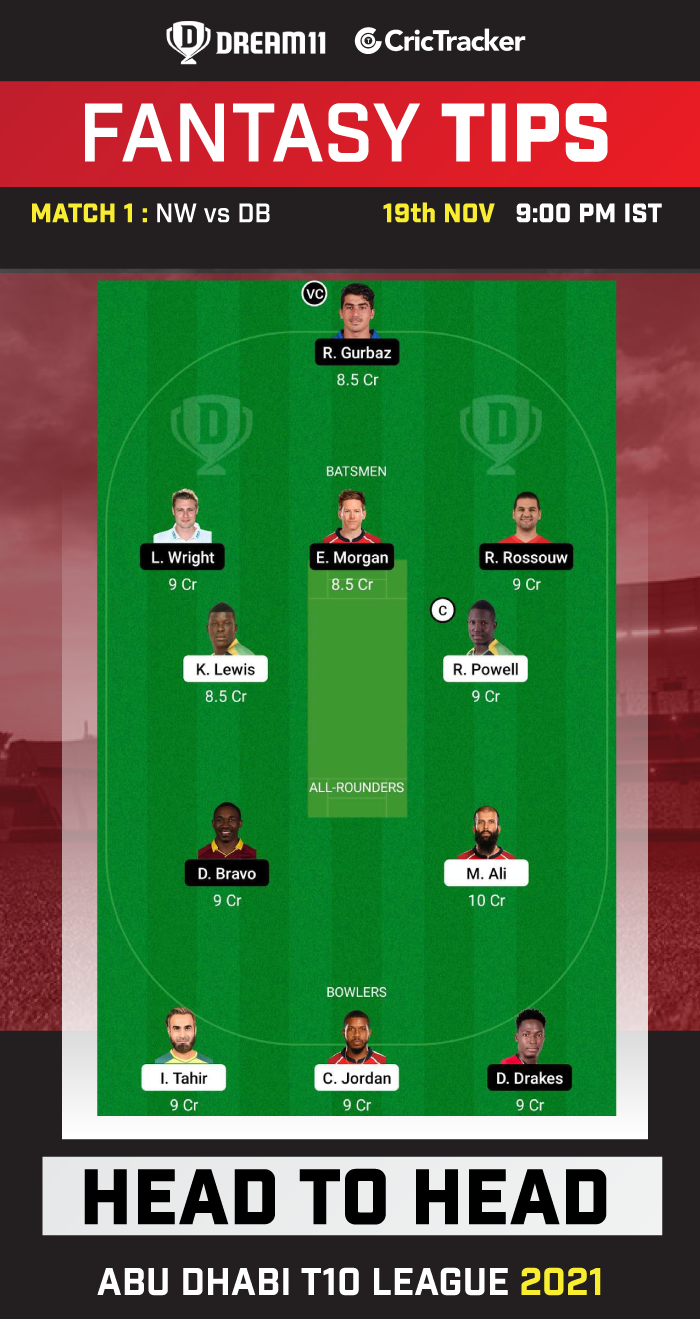 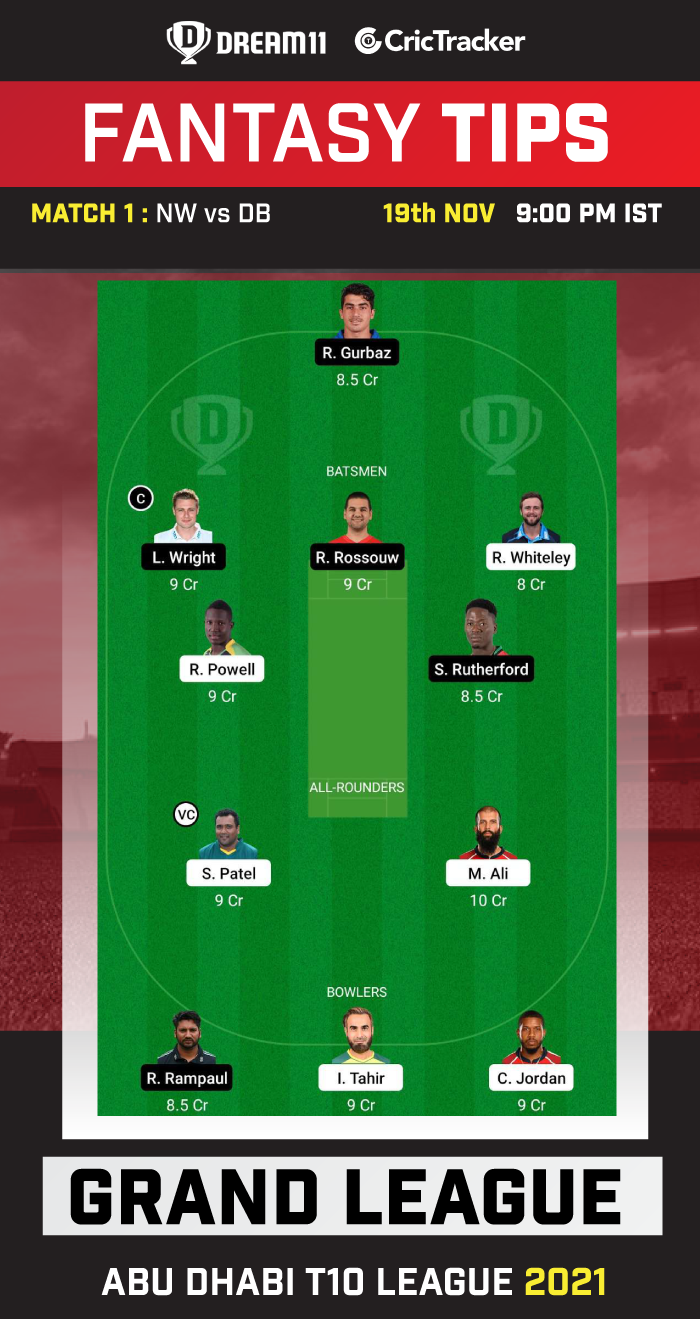 Binura Fernando is a talented seamer from Sri Lanka who can cause lot of damage with his accuracy. You can take a risk and pick him as your fantasy team skipper.

Sherfane Rutherford scored 91 runs in 6 innings in the last edition at a strike rate of 245.94. He is a risky captaincy pick for your fantasy teams.

Since Rahmanullah Gurbaz is your first choice wicketkeeping option, you can avoid Kaunain Abbas while making your fantasy teams.