Chennai Braves are optimistic about getting their first points on the table.

Bangla Tigers will square off with Chennai Braves in the 12th match of the Abu Dhabi T10 League 2021. After two consecutive losses against Team Abu Dhabi and Delhi Bulls, Bangla Tigers finally opened their account with a 5-wicket win over Northern Warriors on Sunday. They chased down 127 runs with 5 balls still left in the match.

Chennai Braves, on the other hand, are going through a rough patch at the start of the tournament itself. They have lost 3 matches in a row. They posted 120 plus runs in all the 3 matches and they didn’t get much support from their bowlers. They are looking forward to their 1st win in this tournament.

It’s a typical chasing venue and there will be no room for error for the bowlers especially in the second half of the match. The batters will get complete freedom to free their arms.

Will Jacks came out of nowhere to play a match-winning knock of 57* runs from 22 balls in the previous game against Northern Warriors.

James Faulkner is bowling exceptionally well in this league. In 3 matches, he has picked up 4 wickets at an economy of 8.33 and has also scored 19 runs with the bat.

Bhanuka Rajapaksa is in splendid form with the bat. He has scored two back-to-back half-centuries in the last two matches against Team Abu Dhabi and Delhi Bulls. Overall in 3 matches, he has amassed 118 runs at an average of 59 and a strike rate of 190.32.

Angelo Perera is another Sri Lankan batter who has been impressive in this T10 League. In only 2 innings, he has scored 92 runs at an average of 92 and a strike rate of 191.66.

BT vs CB Must Picks for Dream11 Fantasy Cricket: 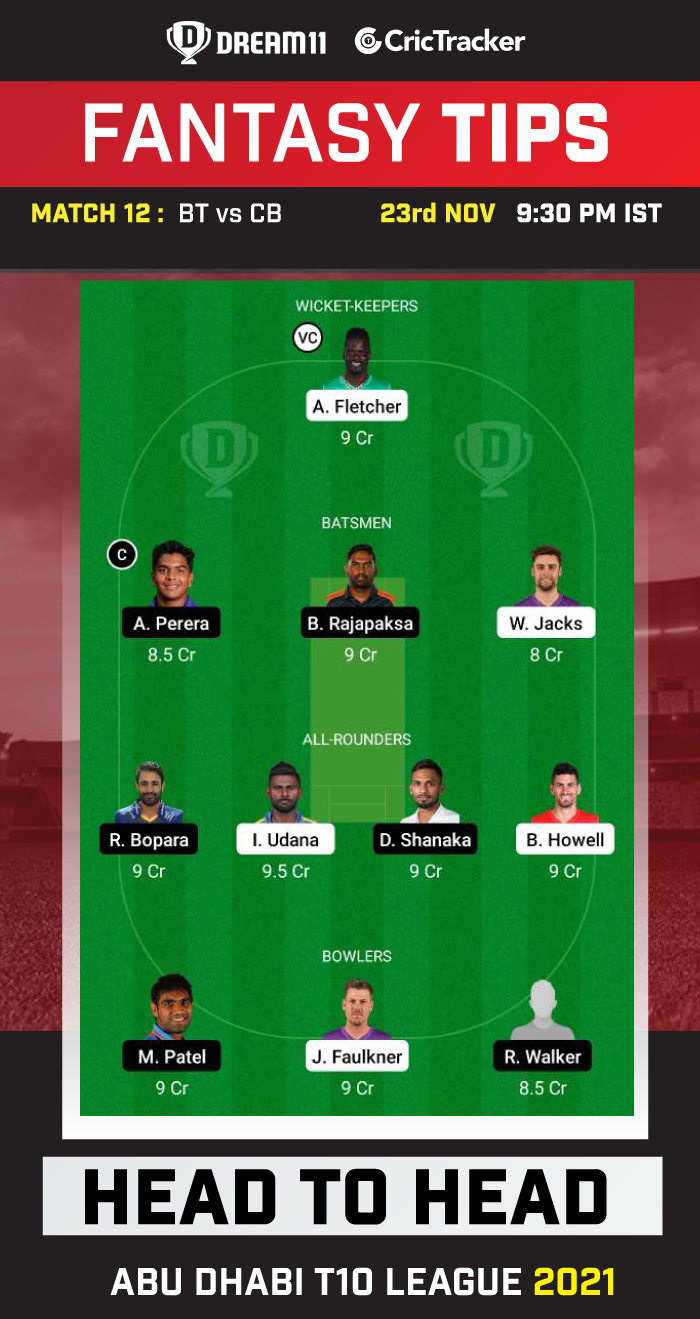 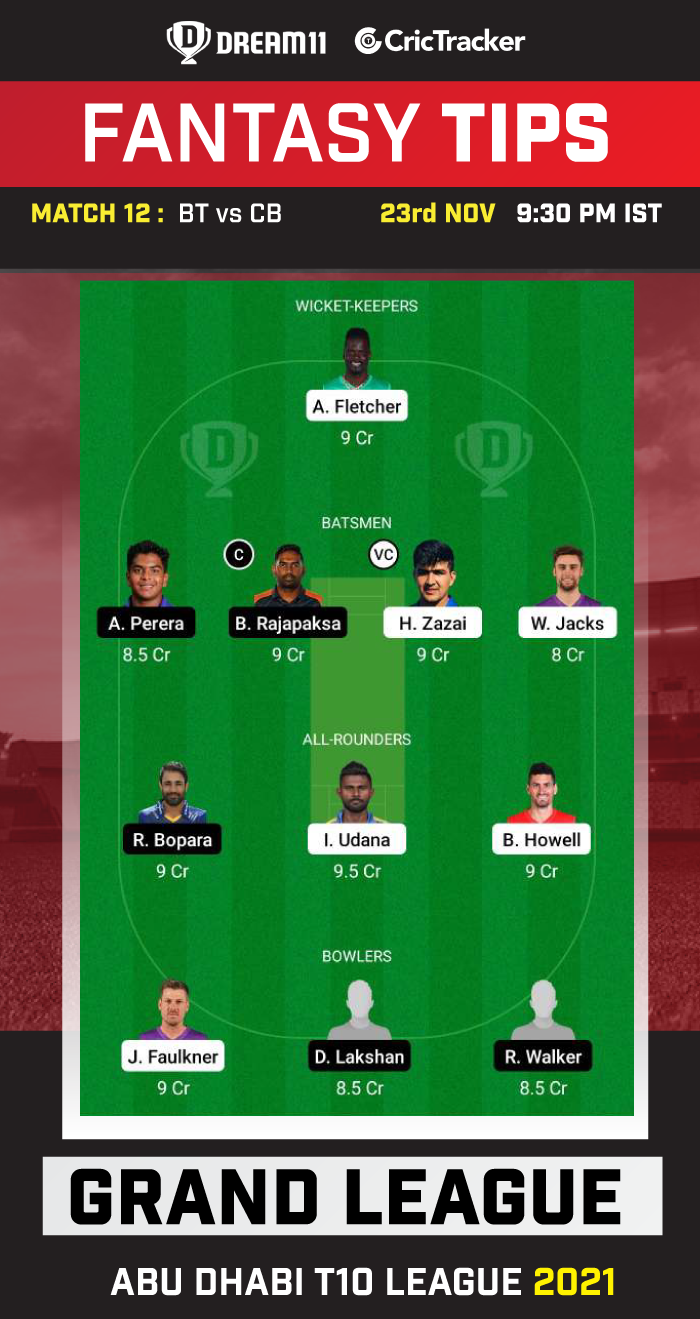 Benny Howell finished the things for Bangla Tigers in the last game against Northern Warriors with his unbeaten knock of 35* runs from 11 balls. He is a risky captaincy pick for your fantasy teams.

Ravi Bopara has accumulated 84 runs in 3 matches in this tournament, at an average of 42 and a strike rate of 195.34. It’s worth a risk and you can pick him as your fantasy team skipper.

Johnson Charles doesn’t have a fixed batting position and he has scored only 13 runs in 3 matches in this tournament. It’s better to avoid him while making your fantasy teams.