Team Abu Dhabi will look to extend their unbeaten streak.

Two of the formidable sides, Delhi Bulls and Team Abu Dhabi will face each other in the 13th match of the tournament. After 3 consecutive wins, Delhi Bulls tasted their first loss in this league when they lost against Deccan Gladiators by 9 wickets. They were 15-20 runs short while setting up the target, which made a huge difference. They placed themselves at 3rd spot in the standings with 6 points.

Team Abu Dhabi are having an incredible run in this tournament with 4 straight wins. There is no stopping them in this league, as they have scored 130 plus runs on 3 occasions. With brutal hitting from openers Phil Salt and Paul Stirling, they beat Chennai Braves by 8 wickets in their previous encounter. They occupy the top spot in the standings with 8 points.

The reams chasing have completely dominated the tournament so far. It’s quite hard for the bowlers to defend the scores here. Whoever wins the toss will have more chances of winning this match as well.

After 3 consecutive low scores, Rilee Rossouw finally arrived at the party with a 21-ball 48 runs against Deccan Gladiators on Monday. His knock comprised of 3 fours and 4 sixes.

Phil Salt belted the Chennai Braves bowlers to all parts and scored an unbeaten match-winning knock of 63 runs from 28 balls. Overall in 4 matches so far, he has accumulated 101 runs at an average of 33.66.

Liam Livingstone is one of the modern-day big hitters who has got immense firepower to clear the fence quite easily. Team Abu Dhabi skipper has smashed 127 runs in 4 matches in this tournament at an average of 42.33 and a strike rate of 264.58, while he also has picked up 2 wickets.

DB vs TAD Must Picks for Dream11 Fantasy Cricket: 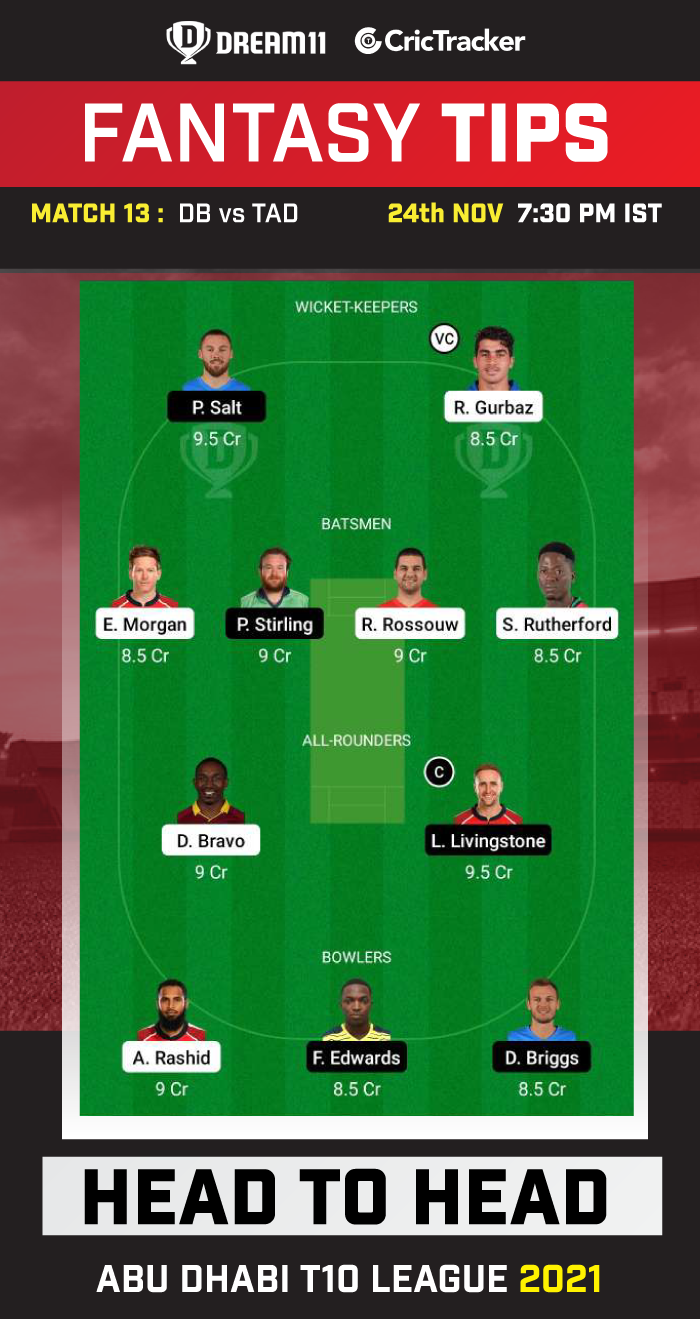 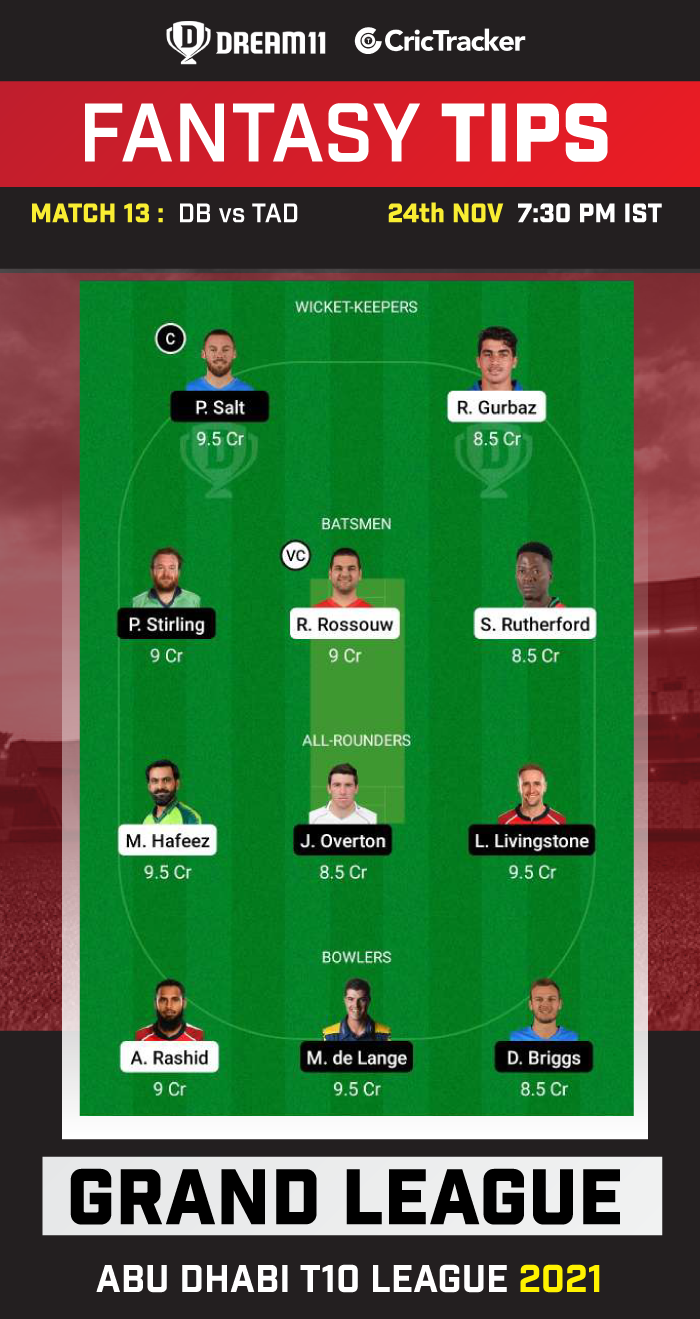 Rahmanullah Gurbaz got starts in the last 2 matches however failed to convert them into big ones. He is a bright young prospect who has got the huge capability to score runs. He is a risky captaincy pick for your fantasy teams.

Paul Stirling is raising his standards to a different level in the shortest format of the game. In 4 matches in this league, he has scored 103 runs at an average of 25.75 and a strike rate of 239.53. It’s worth a risk to pick him as your fantasy team skipper.

Farooq Muhammad is yet to get the opportunity to bat and bowl in this tournament. It’s better to avoid him while making your fantasy teams.