Both sides are aiming for their first win in this tournament.

The bottom-placed sides on the table, Chennai Braves and Northern Warriors will face each other in the 14th match of the tournament. Both sides are yet to get off the mark and it’s the right opportunity for them to get all-important 2 points on the table. Chennai Braves lost badly against Bangla Tigers by 9 wickets on Tuesday.

Northern Warriors, on the other hand, aren’t an exception either, as they too have lost by 6 wickets against Deccan Gladiators in their previous encounter. They recorded the 2nd lowest score in this league when they managed to score only 70 runs. Both sides have struggled a lot in the initial phase of the tournament and now it’s time to turn the table around.

Chasing has become a trend in this format of the game. The dew factor will play a massive role in the second half of the match. It’s a batter’s paradise, where they can switch to top gear from the ball one. Going with the flow, whoever wins the toss should bowl first.

Bhanuka Rajapaksa has struck 2 half-centuries in 4 matches in this tournament, which is quite remarkable. Overall, he has accumulated 128 runs at an average of 42.66 with a strike rate of 175.34.

Angelo Perera is showing he has got some exceptional batting skills. The Sri Lankan batter has amassed 118 runs in 3 innings in this tournament at an average of 59.

Rovman Powell is leading the highest run-scorers list in this tournament. The Northern Warriors skipper has smashed 154 runs in 4 matches at an average of 38.5 and a strike rate of 183.33.

Abhimanyu Mithun is doing quite well with the ball for Northern Warriors and he can be pretty handy with the bat as well. He has picked up 4 wickets in 4 matches and has also scored 11 runs with the bat.

CB vs NW Must Picks for Dream11 Fantasy Cricket: 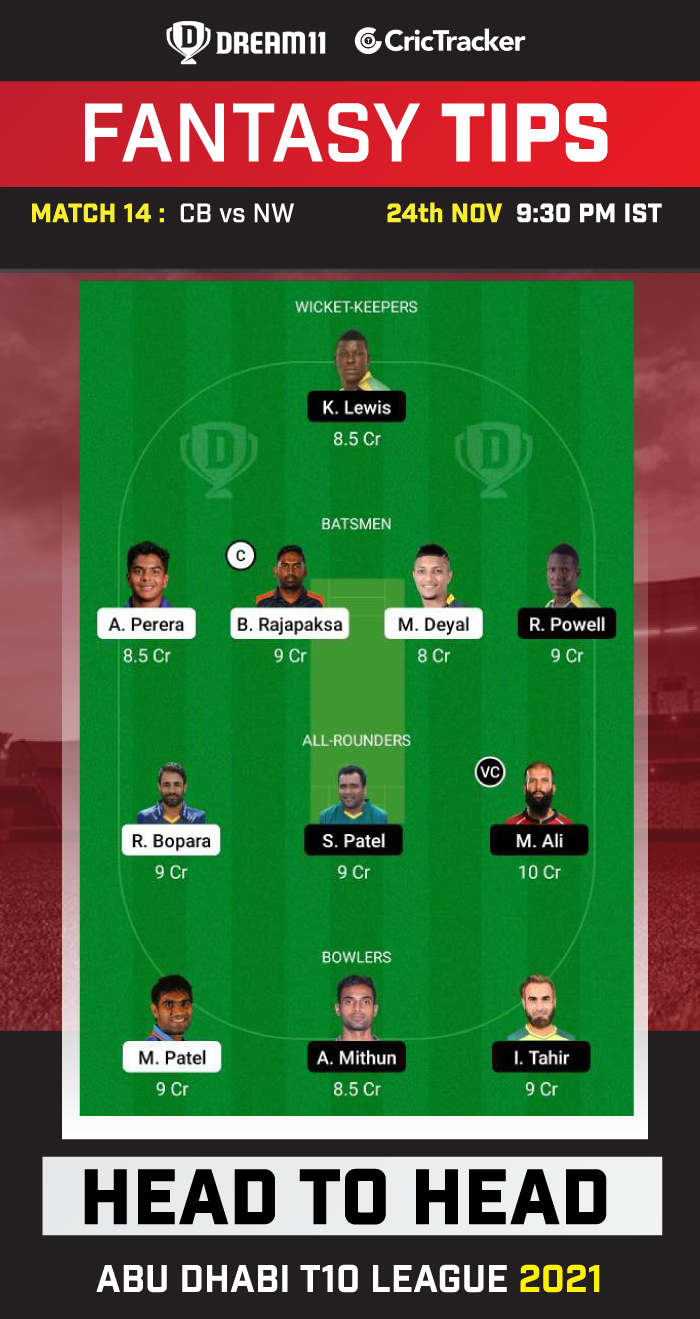 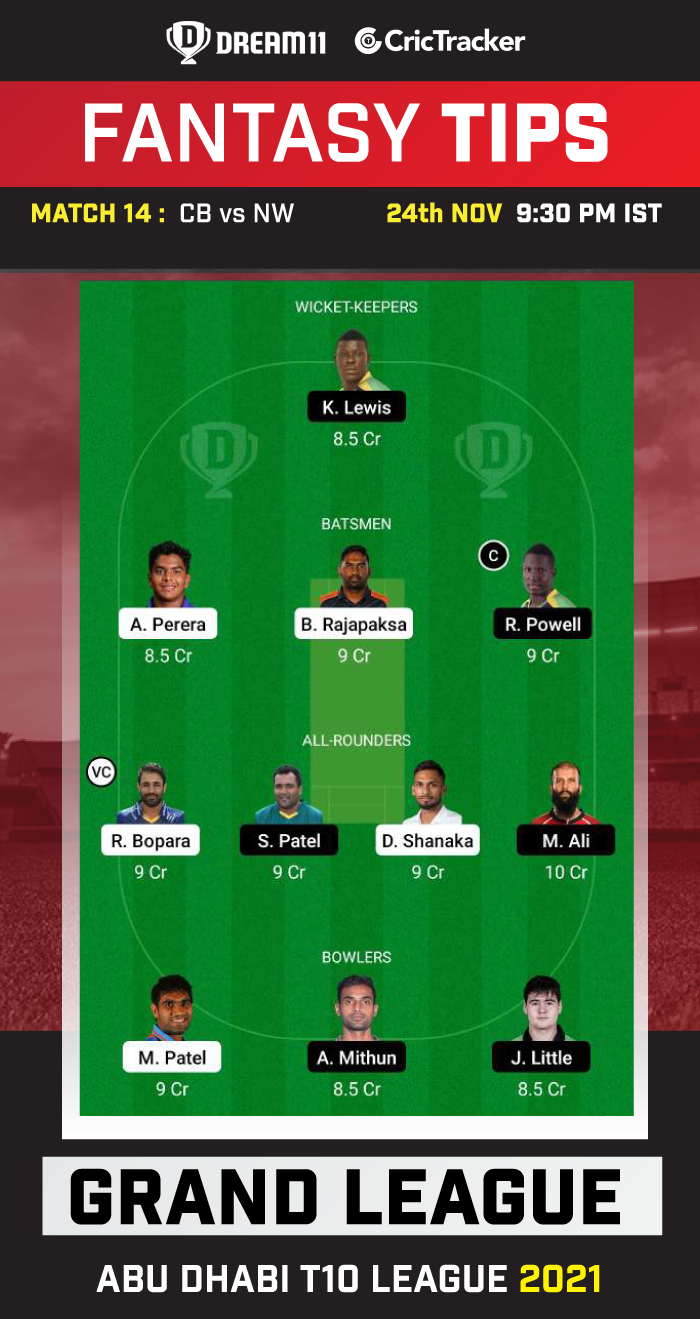 Dasun Shanaka has scored 33 runs in 4 matches so far in this T10 league and has also picked up a wicket as well. It’s a risky option to pick him as your fantasy team skipper.

Kennar Lewis has managed to score 54 runs in 4 matches in this tournament at an average of 13.5. You can take a risk and pick him as your fantasy team skipper.

Considering a lot of competition, it’s quite difficult to include Kaunain Abbas in the final eleven.