Northern Warriors will take on Team Abu Dhabi in the 4th match of the tournament. Northern Warriors set a decent target of 108 runs on the board but failed to defend it and lost their opening encounter against Delhi Bulls by 6 wickets. Despite the loss, Moeen Ali, Rovman Powell, and Abhimanyu Mithun caught the eye of everyone with their impressive performances. They are a decent bowling side and need to stick to their plans.

Team Abu Dhabi, on the other hand, had a remarkable start with a massive 40-run win over Bangla Tigers on Friday. Paul Stirling and Chris Gayle’s explosive batting show, and Marchant de Lange’s five-wicket haul gave Team Abu Dhabi a comfortable win. They are looking extremely formidable at the moment and will look to keep the same momentum going for this match as well.

There is no stopping the batters here. The runs will come quick and fast on this venue. It’s a dead batting wicket with very little help for the bowlers. The scores of more than 100 are easily achievable here.

Moeen Ali gave a perfect start for the Warriors in the opening game against Delhi Bulls. He smashed 35 runs from 21 balls, which includes 2 fours and 2 sixes.

Rovman Powell played a captain’s innings in the first game against Delhi Bulls. In only 19 balls, he scored 38 runs with the help of 3 fours and 2 sixes.

Paul Stirling was brutal with the bat against Bangla Tigers on the opening day of the tournament. He thrashed Bangla Tigers bowlers to all parts and scored 59 runs from just 23 balls.

Universe Boss Chris Gayle didn’t take too much time to settle in against Bangla Tigers. He smacked 49* runs from 23 balls, including 2 fours and 5 sixes.

NW vs TAD Must Picks for Dream11 Fantasy Cricket: 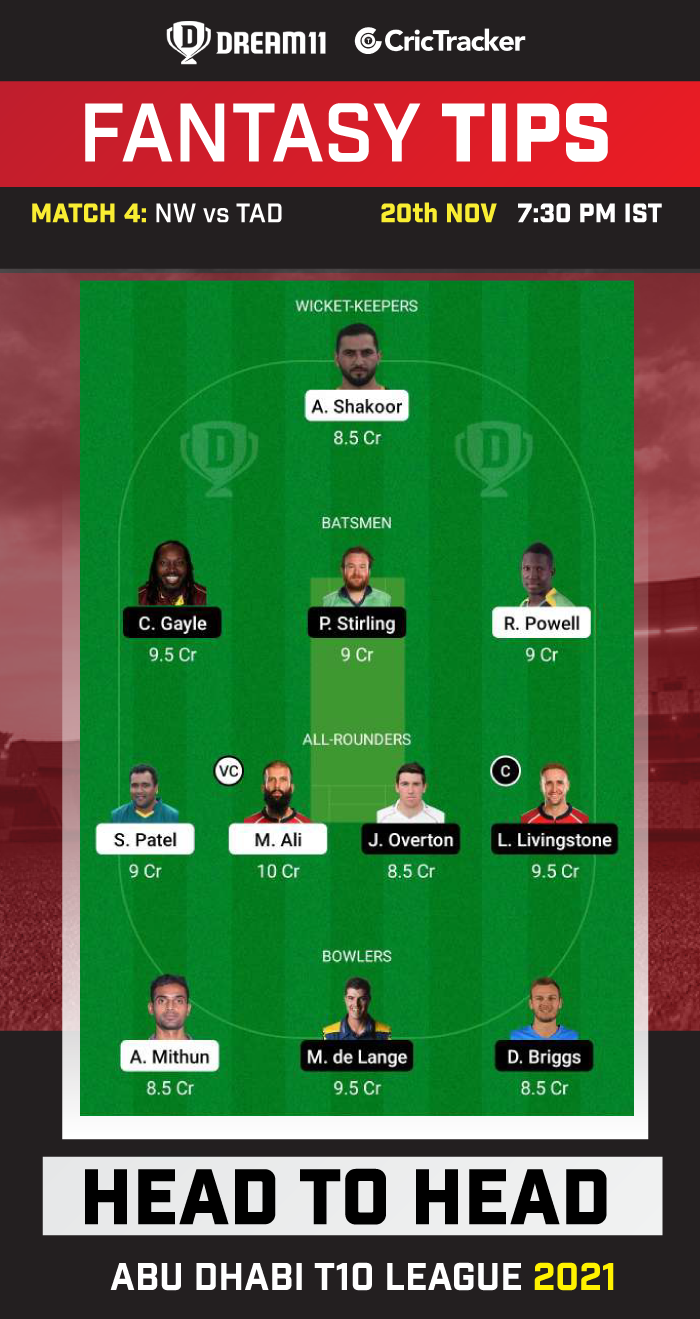 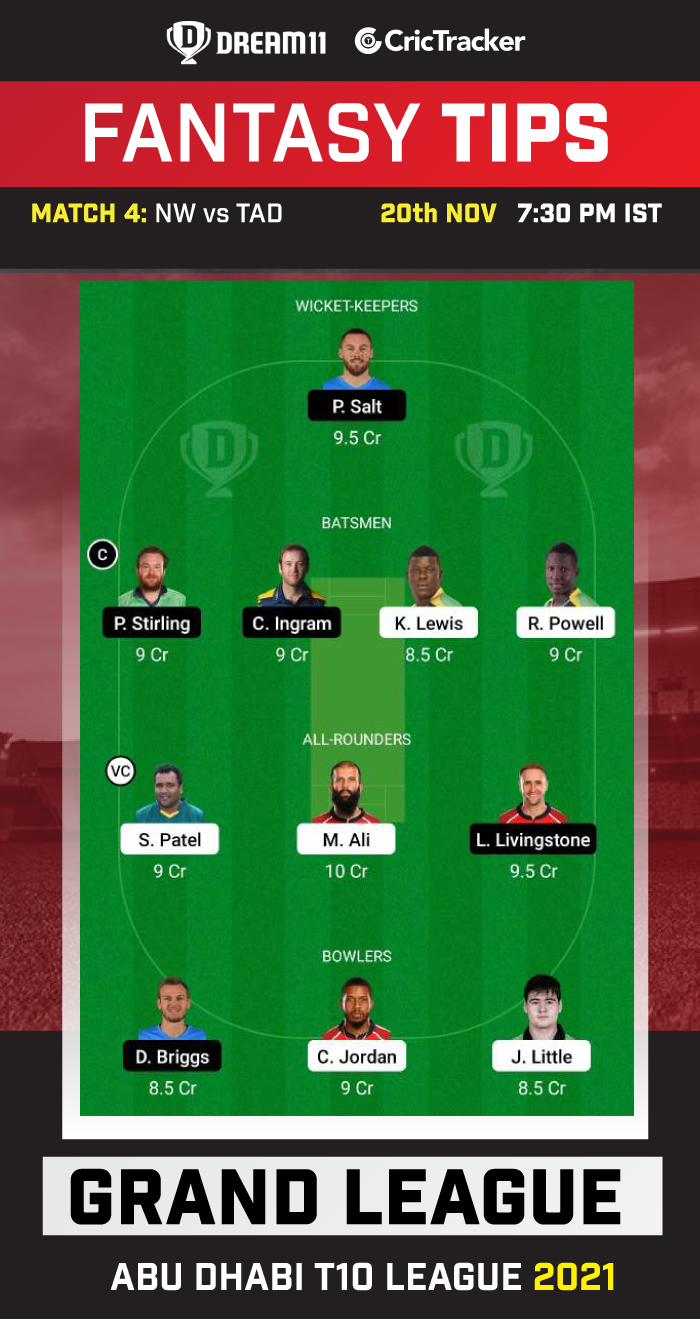 Abhimanyu Mithun bowled impressively well against Delhi Bulls when other bowlers went for runs. He returned with the figures of 1 for 16 at an economy of 8. You can take a risk and pick him as your fantasy team skipper.

Phil Salt is a renowned player especially in the shortest format of the game. He was dismissed for just 7 runs against Bangla Tigers on Friday. It’s worth a risk and you can pick him as your fantasy team skipper.

Considering plenty of competition in the bowler’s slot, it’s hard to include Farooq Muhammad in the final eleven.