Rahmanullah Gurbaz is an aggressive batter and can score quick runs against the new ball.

Delhi Bulls will take on Bangla Tigers in the 5th match of the tournament. Delhi Bulls made a promising start to their tournament campaign with a 6-wicket victory over Northern Warriors. Rahmanullah Gurbaz’s phenomenal hitting at the start and later 51 run-stand between Mohammad Hafeez and Sherfane Rutherford helped the Bulls to register their first win in this competition.

Bangla Tigers, on the other hand, had to bow down to Team Abu Dhabi as they encountered 40 runs loss on Friday. They conceded plenty of runs and couldn’t catch up with the required run rate and lost wickets at regular intervals of time. A lot of expectations are on skipper Faf du Plessis, and he needs to fire for Tigers in this match.

It’s a flat batting deck with nothing much for the bowlers, it’s hard to control the run-flow on this batter’s paradise. Bowling first is still a good option on this surface.

Rahmanullah Gurbaz was awarded the player of the match for his amazing batting performances against Northern Warriors. He scored 30 runs from just 10 balls which includes one four and four sixes.

Veteran cricketer, Mohammad Hafeez played a crucial knock of 31 runs under pressure in the run-chase against Northern Warriors. His innings comprised of 4 fours and a six.

Andre Fletcher showed early signs of scoring big runs against Team Abu Dhabi. However, he got out after scoring 24 runs from 8 balls. He is a must-pick player for your fantasy teams.

Faf du Plessis had a poor first game, but we know is has got loads of experience and is expected to deliver in this match.

DB vs BT Must Picks for Dream11 Fantasy Cricket: 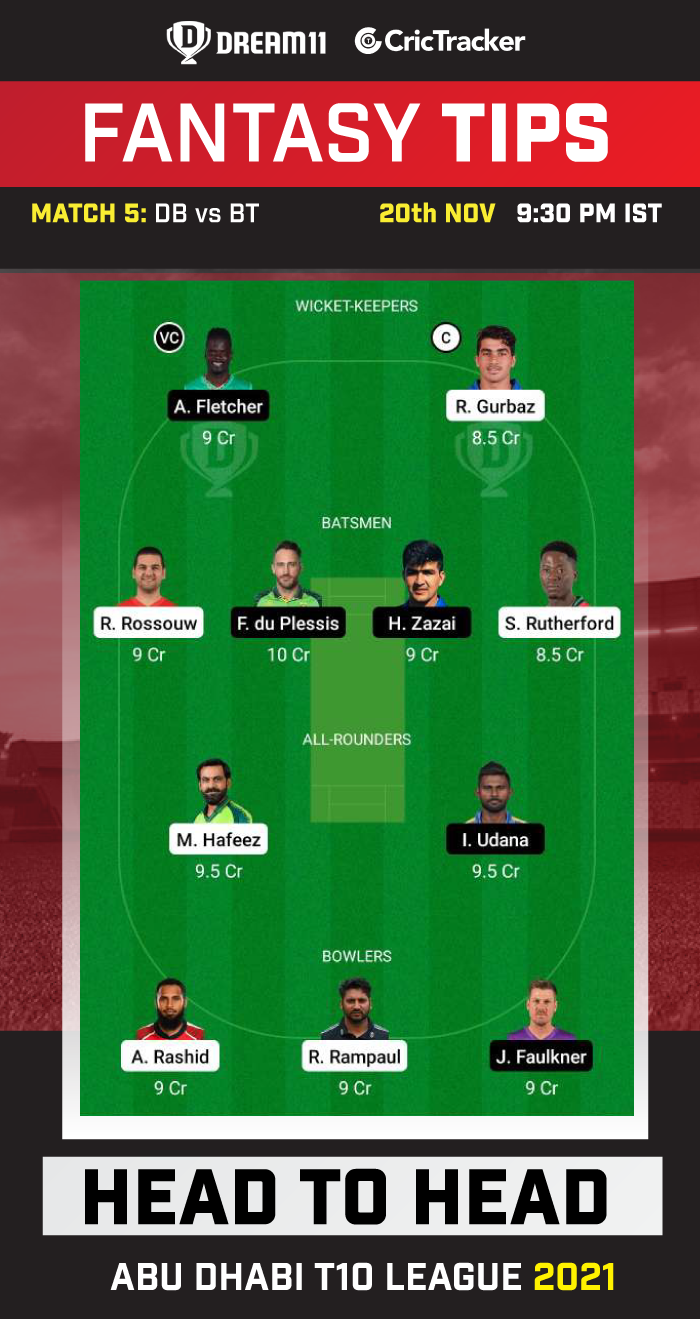 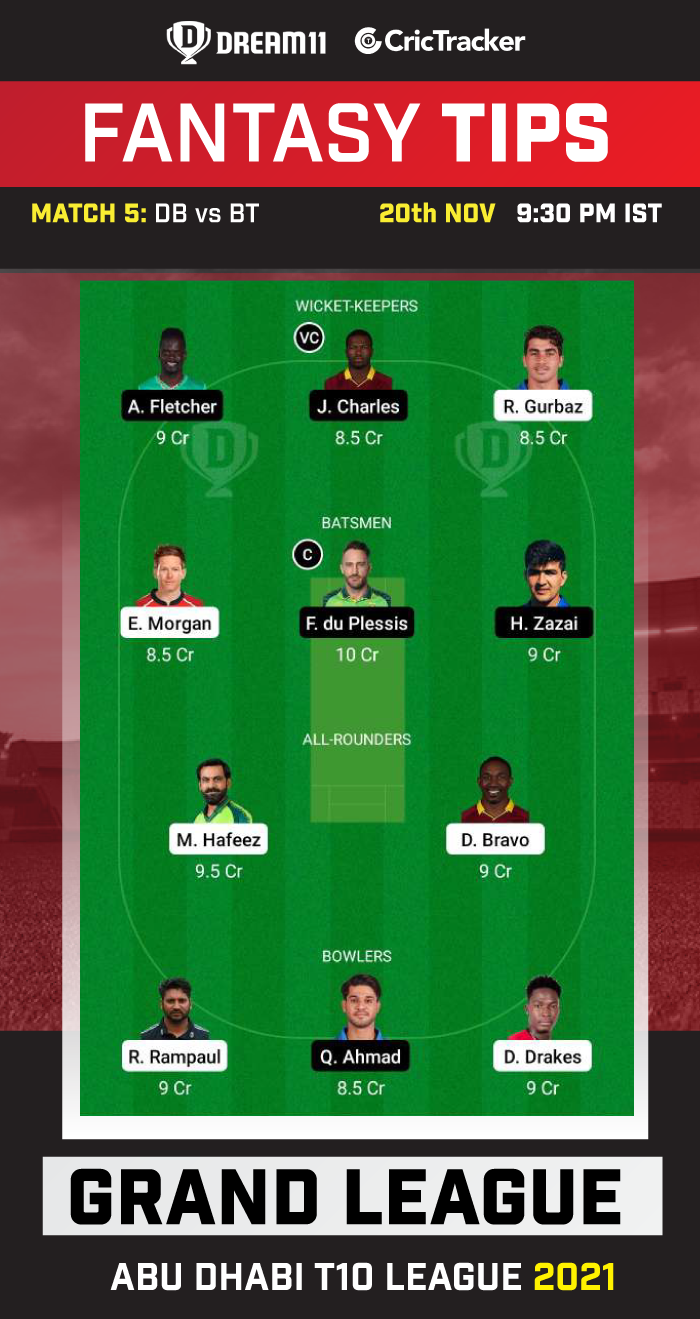 Sherfane Rutherford batted magnificently against Northern Warriors for his 29 runs. He is someone who can increase the run-rate at the late end of the innings. It’s worth a risk to pick him as your fantasy team skipper.

Hazratullah Zazai played quite well for his 18 runs against Team Abu Dhabi. However, it wasn’t sufficient at all by any means for Bangla Tigers. You can take a risk and pick him as your fantasy team skipper.

Luke Wood conceded 12.5 runs an over in the last game against Team Abu Dhabi. It’s better to avoid him while making your fantasy teams.