Delhi Bulls looks organized in all the departments and are the favorites to win this match.

Delhi Bulls will square off against Chennai Braves in the 7th match of the tournament. Delhi Bulls comfortably won their first two matches against Northern Warriors and Bangla Tigers. They restricted Bangla Tigers for just 69 runs in the previous game, which is a rare achievement in this format of the game. There is still room for improvement, and they look forward to their 3rd straight win.

Chennai Braves, on the other hand, battled extremely hard in their opening game against Deccan Gladiators, but fell short of the target by 24 runs. Their bowlers couldn’t do much against the likes of Tom Moores and Andre Russell. Angelo Perera and Ravi Bopara’s half-centuries went in vain as Braves lost the match in the end.

and the bowlers have to be on top of their game to control the run flow in this format of the game. No score is not safe on this venue, having said scores of more than 120 are hard to chase.

Sherfane Rutherford played two crucial knocks in the last two matches for Delhi Bulls. He has accumulated 56 runs at a strike rate of 193.10.

Rahmanullah Gurbaz is an immensely talented wicketkeeper batter who can take on any bowler in this format of the game. In 2 matches in this tournament, he has scored 30 runs at a strike rate of 272.72.

Angelo Perera showed he has got immense power and striking abilities, in only 29 balls he has scored 60 runs in the last game against Deccan Gladiators, with the help of 7 fours and 2 sixes.

Ravi Bopara gave his best against Deccan Gladiators in the run-chase and scored 51 runs from 26 balls, which comprised 7 fours and 2 sixes.

DB vs CB Must Picks for Dream11 Fantasy Cricket: 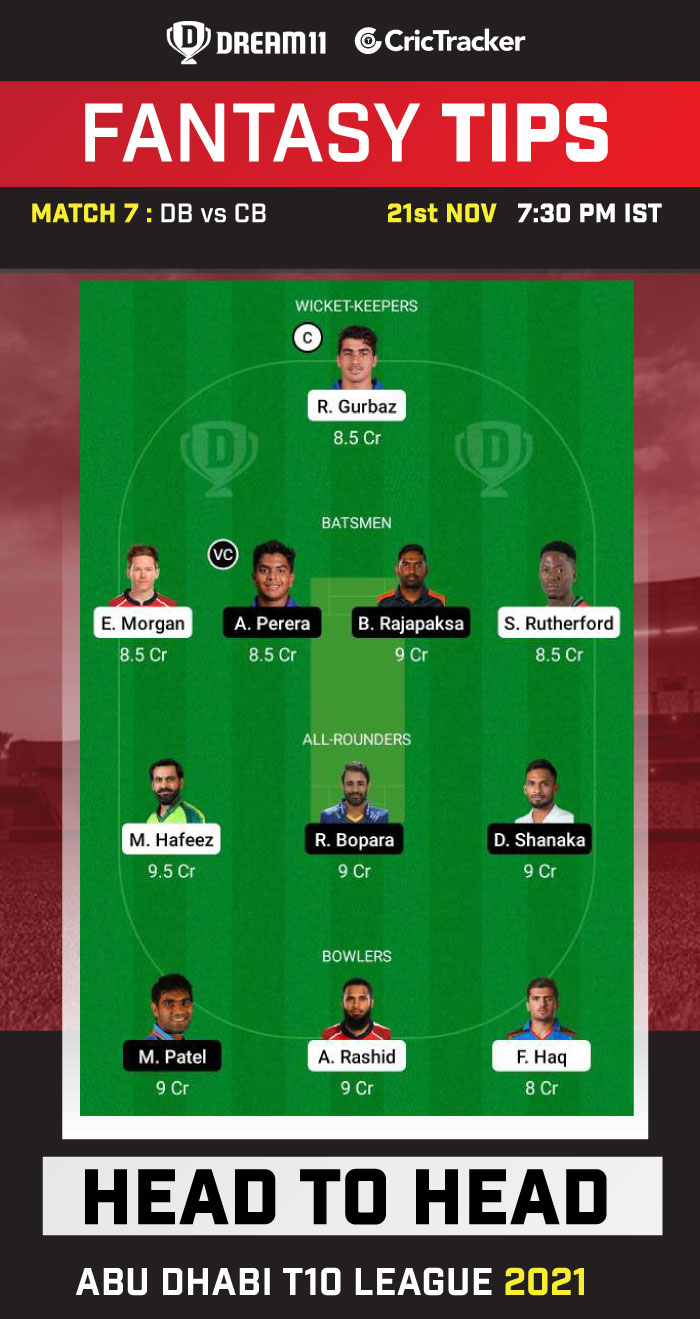 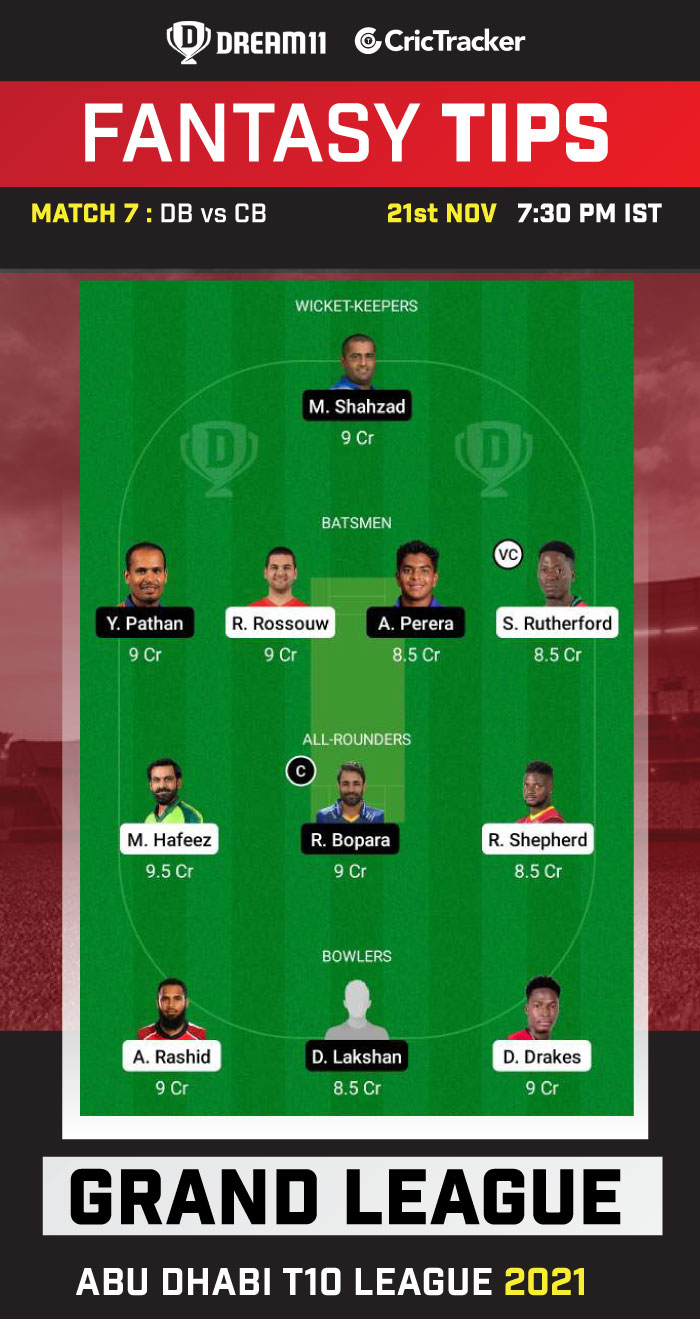 Mohammad Hafeez has scored 38 runs in 2 matches in this tournament at a strike rate of 146.15. You can take a risk and pick him as your fantasy team skipper.

Mohammad Shahzad was short of runs in the last match against Deccan Gladiators. You can take a risk and pick him as your fantasy team captain.

Dwayne Bravo generally bats in the middle order and also considering many options in the all-rounder’s slot it’s better to avoid him while making your fantasy teams though it’s a tough call.