Jatinder Singh is averaging over 200 in this tournament.

The Pakistan Emerging team is the only side which has nearly sealed their spot in the semi-finals among the Group A. With big wins against Afghanistan and Sri Lanka, the Pakistan team also ensured their NRR raised high. They will now take on the Oman Emerging team on Monday. Only a huge defeat in this match will stop Pakistan from entering knockouts. Oman will be looking to sneak a win from this match and expect Sri Lanka to defeat Afghanistan in the other Group A fixture.

This game between Pakistan and Oman won’t face any interruption from rain.

The Sheikh Kamal International Stadium has witnessed decent scores before this competition. However, only the totals of 183 and 138 have been recorded in the two matches in this tournament. Pakistan could be seen posting a big score on Monday if they bat first.

Amad Butt has claimed 69 wickets from 49 List A matches and also scored runs at an average close to 20. In the first match, he took two wickets and scored 44 in the 2nd match. Jatinder Singh scored an unbeaten 131 against Sri Lanka and scored 72 against Afghanistan. Mohammad Hasnain took 6-wicket haul on Saturday against Sri Lanka. Oman opener Sanuth Ebrahim scored 36 runs in two games and took a 3-fer. 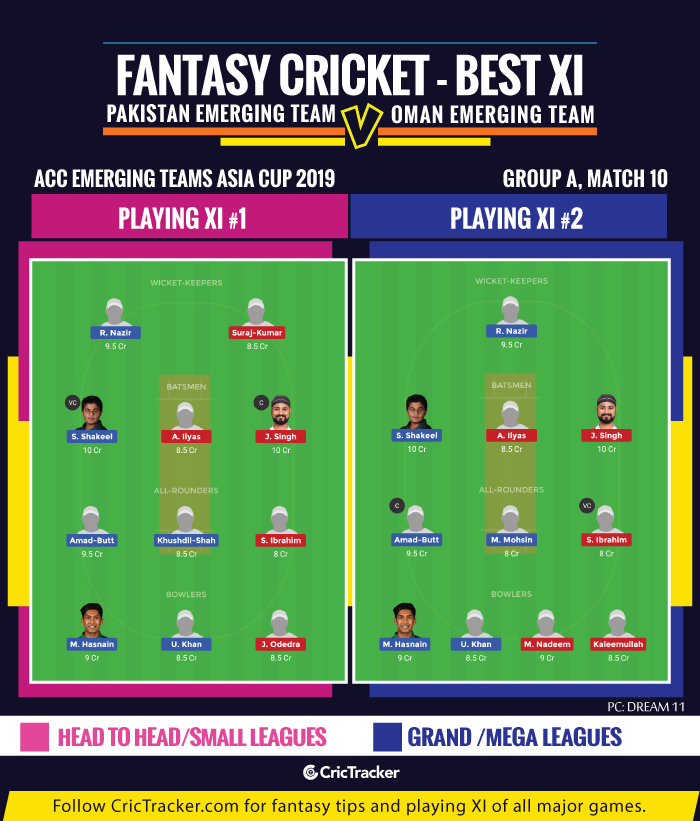 Pakistan team is likely to dominate Oman in this match. Hence, as many players as possible from the Pakistan Emerging team have to be picked.

Pakistan Emerging Team is expected to win this match.