Jatinder Singh scored an unbeaten century in the first match.

The first surprise result of the ACC Emerging Teams Asia Cup was recorded by Oman as they took down the defending champions Sri Lanka. Chasing a big target of 269, the opening batsman Jatinder Singh batted through the chase to take Oman past the target in the 49th over. Jatinder scored an unbeaten 131 from 150 deliveries. Oman will now face Afghanistan in the 2nd match as they aim a spot in the semi-final. Afghanistan lost their first match against Pakistan by 8-wicket margin having collapsed to just 138.

The venue is expected to have no threat from the rain on Saturday.

The Academy ground in Cox’s Bazar continued to be favourable to chasing teams as Oman chased down the target of 269. However, the Sri Lankan total of 268 was only the 2nd 250+ total in six unaffected List A matches. We could see another high-scoring match if the batsmen on both sides play to their true potential.

Aqib Ilyas bowled seven overs in the first match at batted at No.3 position. Munir Ahmad showed why he averages 60+ in List A cricket as he scored 41 against Pakistan while no other batter crossed 20 for Afghanistan. Baheer Shah needs to replicate his first-class exploits in limited-overs as he scored over 2000 runs in FC cricket at an average of 75. 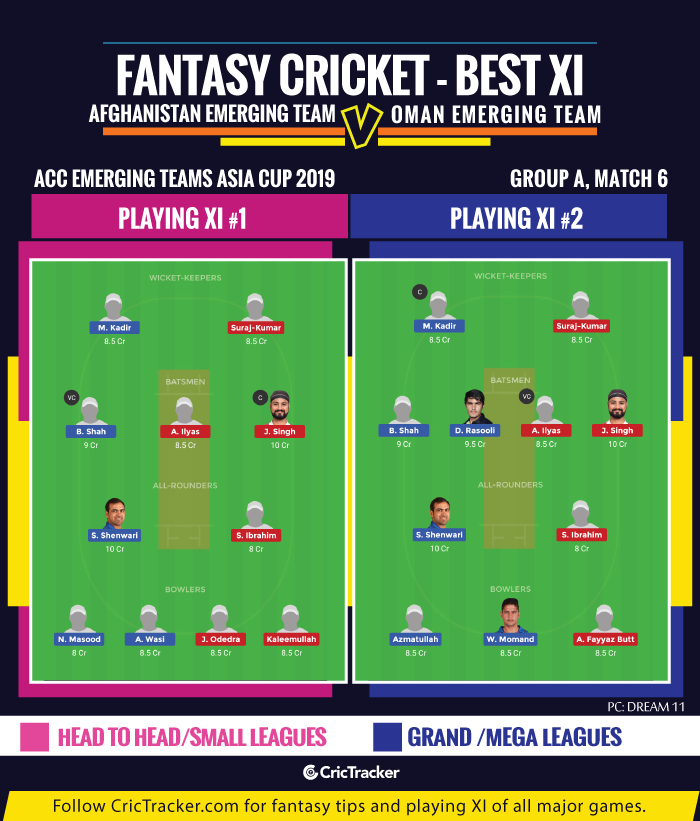 Afghanistan didn’t pick Darwish Rasooli for the first game. He might be brought in after a disastrous batting performance. Khurram Nawaz Khan was left out by Oman due to his poor form and is unlikely to make a return at least for this game.

Afghanistan Emerging Team is expected to edge past the Oman team.