Dhruv Jurel and Shashwat Rawat are expected to bat up the order.

The Group A match of the Under-19s Asia Cup 2019 will be played between India Under-19s and Afghanistan Under-19s at the Colombo Cricket Club Ground.

The top two teams of the Group A, the India Under-19s and Afghanistan Under-19s will clash on Monday. This match is just to decide the topper of Group A and the line-up for the semi-finals. Both the teams won their respective matches against Kuwait and Pakistan to qualify for the semis from this Group. India, the defending champions of the Youth Asia Cup, bagged an easy win against Kuwait.

In the following game against Pakistan, the India batsmen Arjun Azad and Tilak Varma scored hundreds and added 183 runs for the 2nd wicket. Their efforts pushed India’s total to 305/9 which was too many for the Pakistan team. Skipper Rohail Nazir kept the fight alive in the chase with a brilliant century but that wasn’t enough to get his team to even 250. Earlier in the tournament, Afghans defeated Pakistan by 85 runs.

The Colombo CCC will host its 2nd and last match of this tournament. The first game was reduced to 23-overs per side but better weather is expected on Monday. There could be showers later in the day by which at least 75 overs of the game would have been completed.

The only full 50-over Youth ODI that the Colombo’s CCC has hosted was a pretty high-scoring one. The match between Kuwait and India at the start of the tournament was a shortened game. However, Kuwait scored at 5 runs an over against solid Indian bowling shows how good the conditions are at this venue for batsmen.

The 14-year-old chinaman Noor Ahmad has taken two wickets apiece in both the matches in this tournament. Shashwat Rawat could come up the order and has the ability to play a big inning.

Shafiqullah Ghafari picked up three wickets in both the match so far. He is expected to be amongst wickets once again and also contributes with the bat. 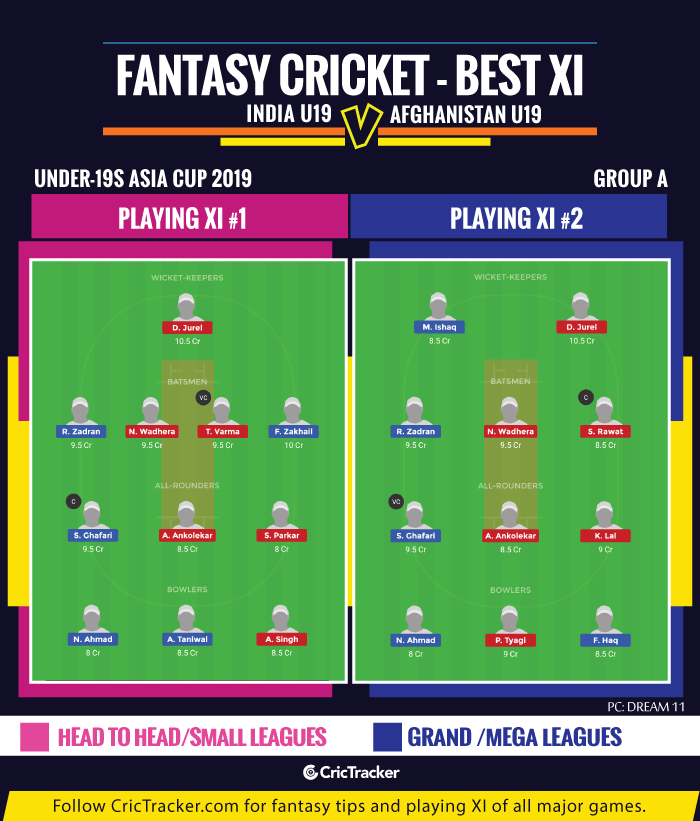 With no significance for this match, India U19s are expected to rest Arjun Azad who scored runs in both matches. Thakur Tilak Verma might be dropped down the order after his century in the last game. Shashwat Rawat could be seen batting in top three.

India Under-19s are expected to finish the group stage without a defeat.