Faisal Khan scored 26 runs from only 11 balls with three fours and two sixes in the game against Kuwait. 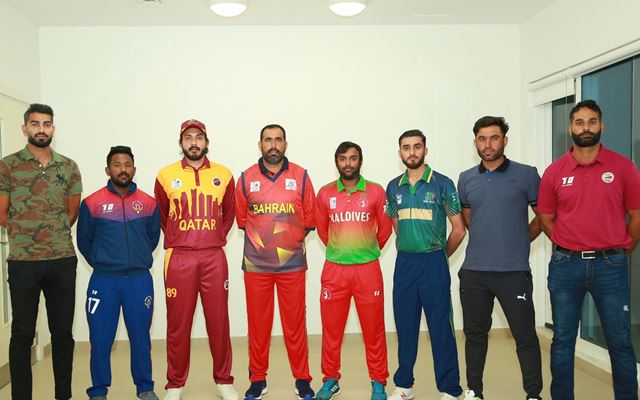 The 6th match of the 2020 ACC Western Region T20 in Group B will be played between Iran and Saudi Arabia at the Al Amerat Cricket Ground Oman Cricket (Ministry Turf 2).

Iran and Saudi Arabia; the weakest sides from Group B of the ACC Western Region T20 will be in action on Monday morning at the Ministry Turf 2. Saudi Arabia were up against Kuwait on Sunday where they were restricted to only 113 while batting first. Kuwait later chased down the target in 10.3 overs for the loss of only one wicket. On the other hand, the game against UAE was the maiden International match of Iran. They did bat full 20 overs but finished with only 61/8 on the board. UAE chased down the target in only 5.3 overs without losing a wicket.

Clear and sunny weather if forecasted at the Al Amerat Ministry Turf 2 ground on Monday morning.

The Ministry Turf 2 ground in Al Amerat usually witnesses big chases but on Sunday, it produced a low scoring match. Kuwait and Saudi Arabia were the teams involved in the morning match at this venue on the first day. Since the quality difference between Iran Saudi Arabia is lower, we can witness bigger totals.

Faisal Khan scored 26 from only 11 balls with three fours and two sixes in the game against Kuwait. His innings was Saudi Arabia reach 50 inside first five overs. The team managed to score only 61 runs in 15 overs after his dismissal. The Saudi skipper Shoaib Ali accounted for the lone wicket picked up by Saudi Arabia against Kuwait. He also scored 8 runs with two fours in the first innings. Mohammad Yousef and Nader Zahadiafzal were the only players with double digits for Iran on Sunday with scores of 14 and 12 respectively. The total of 61/8 they posted was not enough for their bowlers to make an impact. 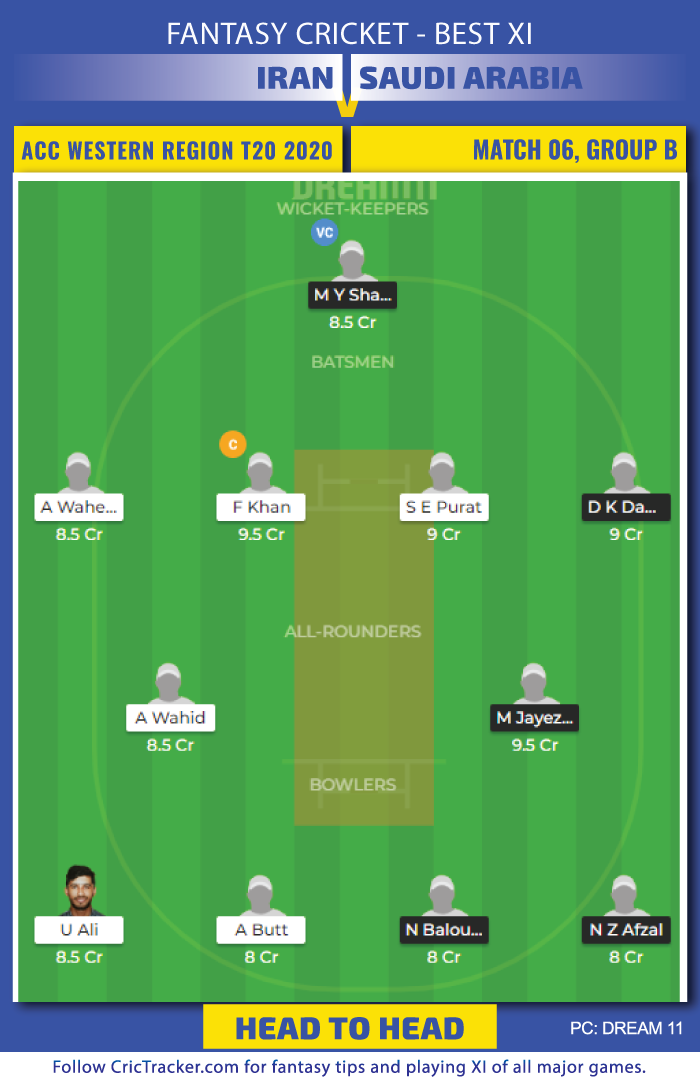 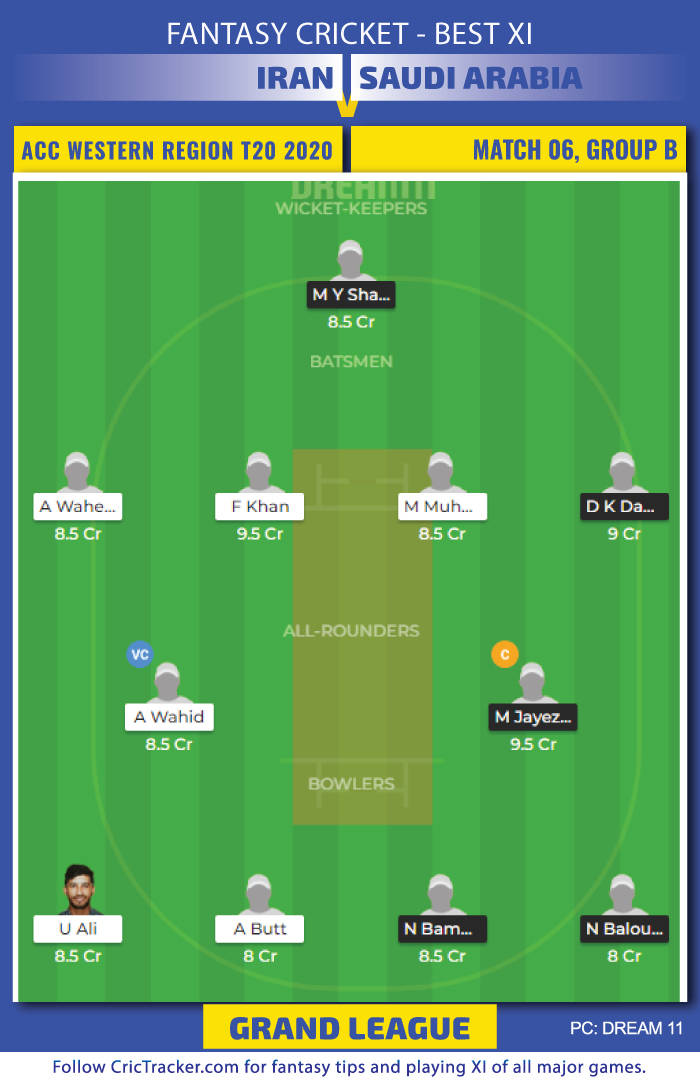 There is not much data available which helps in knowing the players in the Iran squad. The recent most match coming into the tournament they played was at least before 2015. Hence, we have got no option other than expecting them to make no changes.

Saudi Arabia has got more experience than Iran and is expected to win this match.