Amigos CC Ansiao will be playing their first game of the tournament against the Oeiras CC.

The 5th match of the ECS Cartaxo T10, 2020 will be played between Amigos CC Ansiao and Oeiras CC at the Cartaxo Cricket Ground, Portugal.

The ECS T10 Cartaxo is all set to resume after a successful first day of the tournament. Amigos CC Ansiao will be playing their first match of the campaign against the Oeiras CC. They will be stepping out on the field with minimal knowledge of the actual playing conditions. However, they must have made some important observations from the first few games. They will be looking to get the most out of their squad and get off the mark in style.

On the other side, Oeiras CC will be playing their second game of the tournament. They looked to be in a very good batting form and will be slightly ahead of the opposition on the basis of knowing the conditions. They will be looking to make it two in a row by winning against the Amigos.

It is expected to be mostly cloudy during the course of the game with zero chances of precipitation. The temperature will be around 17 Degree Celsius during the match time.

The matting pitch at Cartaxo looks to be a sporting wicket. Batting became easier in the latter half of the first day. We can expect another batsman-dominated game on the second day of the tournament.

Conard Greenshields scored 77 in 31 balls and played the major part in their victory against Alvalade.

Paulo Buccimazza took 4 wickets in their first match at an excellent economy rate of 1.5.

John Zinkus is Amigos’ best batsman and is known for his hitting ability. He can bowl as well and gives a good option of an all-rounder for the team.

Andrew Dudfield is the most experienced player in the tournament. His experience will be crucial in this T10 tournament for his team. 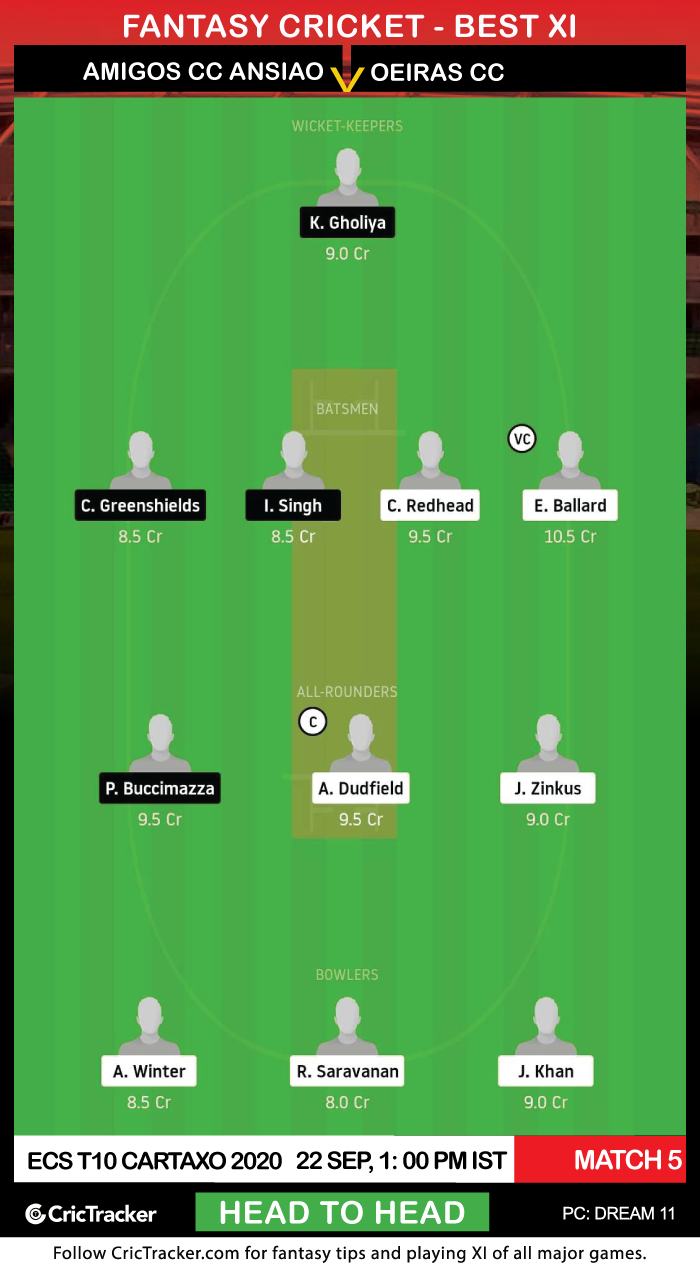 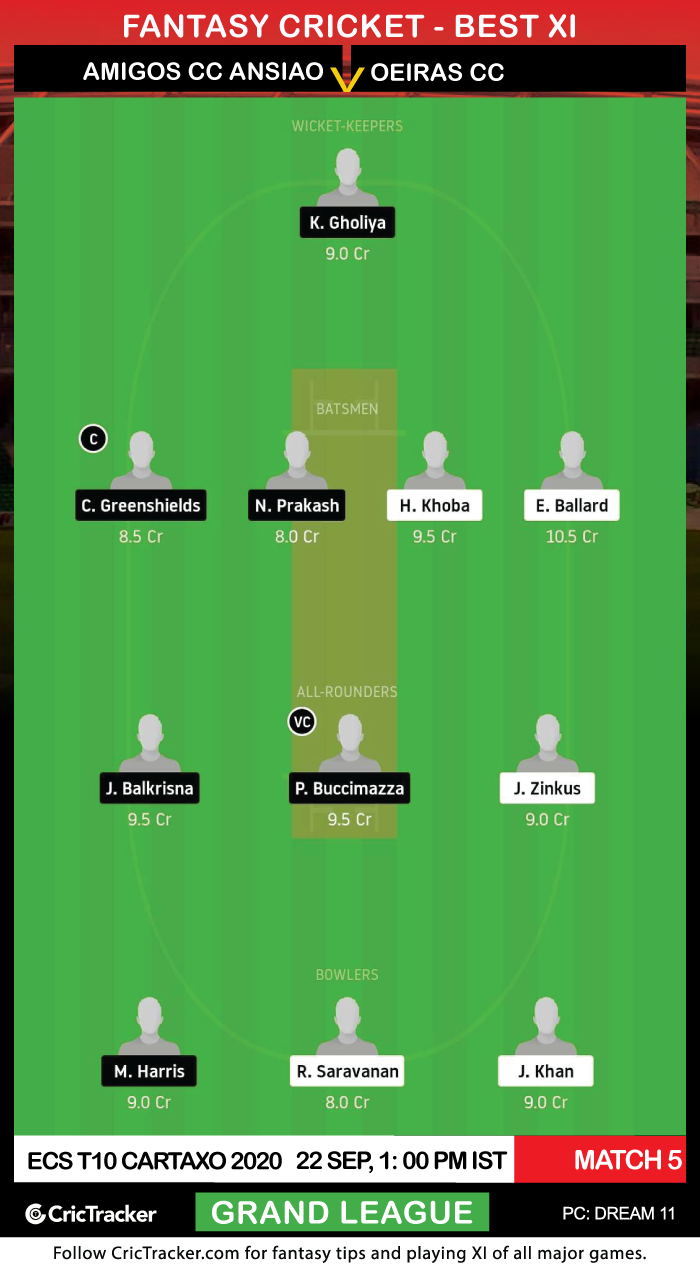 Junaid Khan is a promising bowler for the Amigos and is expected to perform well. It is advisable to pick him in your XI.

Oeiras CC is expected to win this match.