ACT Meteors will play their first match of the mega-series.

ACT Meteors will lock horns with New South Wales Breakers in the 5th match of the Australia Women’s ODI series. The former will play their first match of the mega-series. Angela Reakes will captain the side, while on the other hand, Erica Kershaw is appointed as her deputy for this opening game.

New South Wales Breakers have had a splendid start to their campaign. They have secured back-to-back wins to blow the trumpet of their dominance. Heading into this match, they will look to continue their winning momentum further.

The pitch here has been inclined towards the batters. The bowlers will have to maintain tight lines and lengths to reap rewards from this deck. On winning the toss opting to bowl first can be a good alternative on this pitch.

Rachael Haynes has been impressive for the team so far. She has chipped in 120 runs at an average of 60 from two matches in the league so far. She can be a good pick for this match.

Katie Mack is one of the key players of the ACT Meteors. She did well in the previous edition of the tournament. She was the highest run-getter for the side in the last season as she smashed 418 runs in 8 matches at an average of 59.71.

Ashleigh Gardner has looked in fine touch in both the matches so far. She has scored 75 runs at an average of 37.5 with the highest score of 57. Gardner has also picked up three wickets and will aim to make a larger impact on the game. 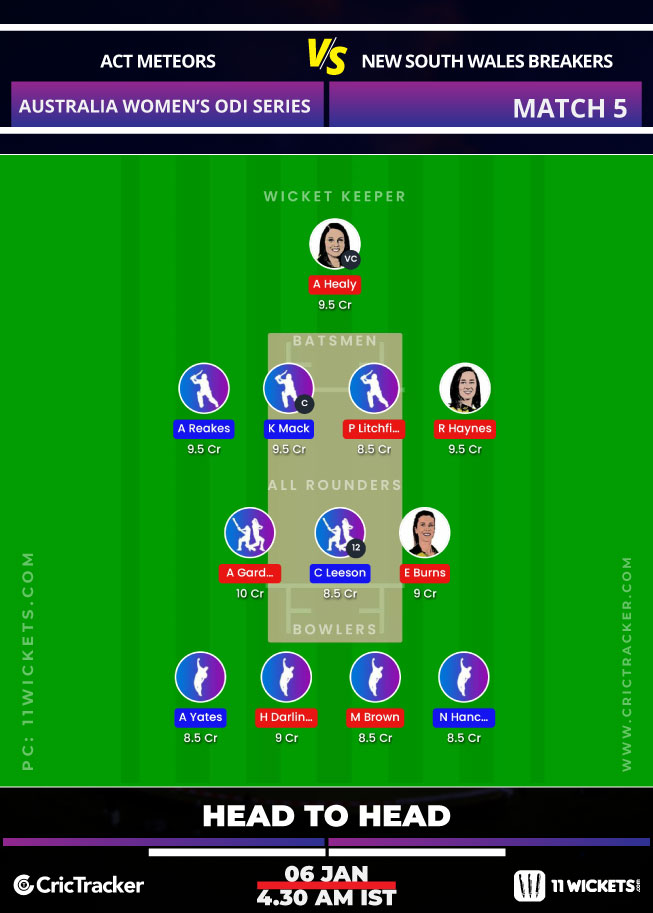 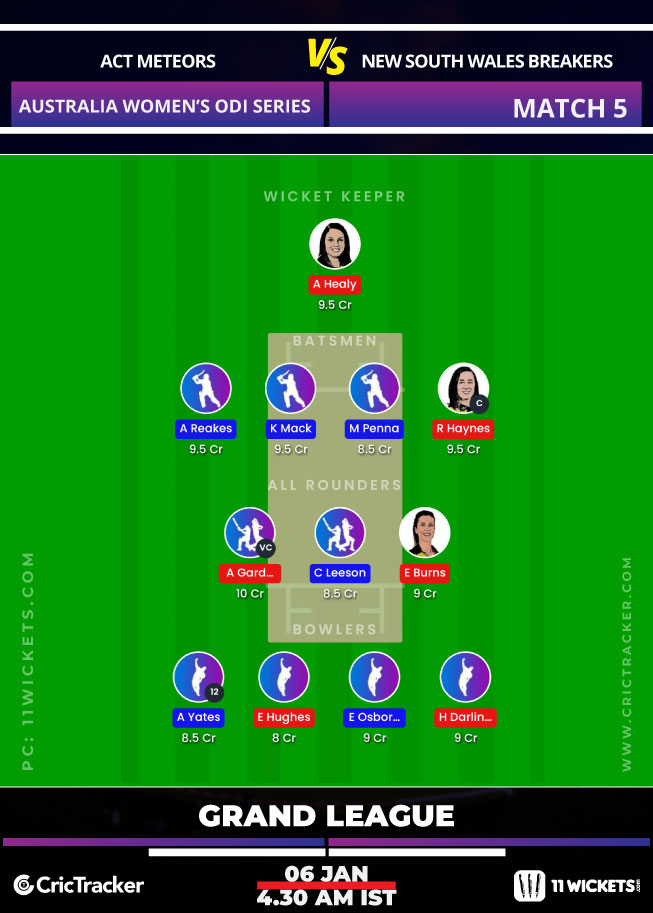