Jonathan Wells is a good captaincy pick for this match.

Adelaide Strikers will take on the Sydney Sixers in the 52nd Match of the Australian T20 Bash tournament. The Adelaide Strikers are stationed at the 4th spot in the points table and have won 5 out of their 13 matches.

Sydney Sixers are occupying 2nd place, and have tasted success in 8 out of their 12 rubbers. Both these sides won their respective previous outings.

The pitch will have something in it for the bowlers, and run-scoring might not be an easy task. Having said that, if the batters can go past the initial phase, they can get value for their shots.

Jonathan Wells has amassed 382 runs in the tournament and is the highest run-scorer for the Adelaide Strikers this year. Wells will play a crucial role for his side.

Peter Siddle is the highest wicket-taker in the competition and has scalped 21 wickets at an excellent average of 19.00. Siddle will be a tricky bowler to face for the Sixers’ batters. 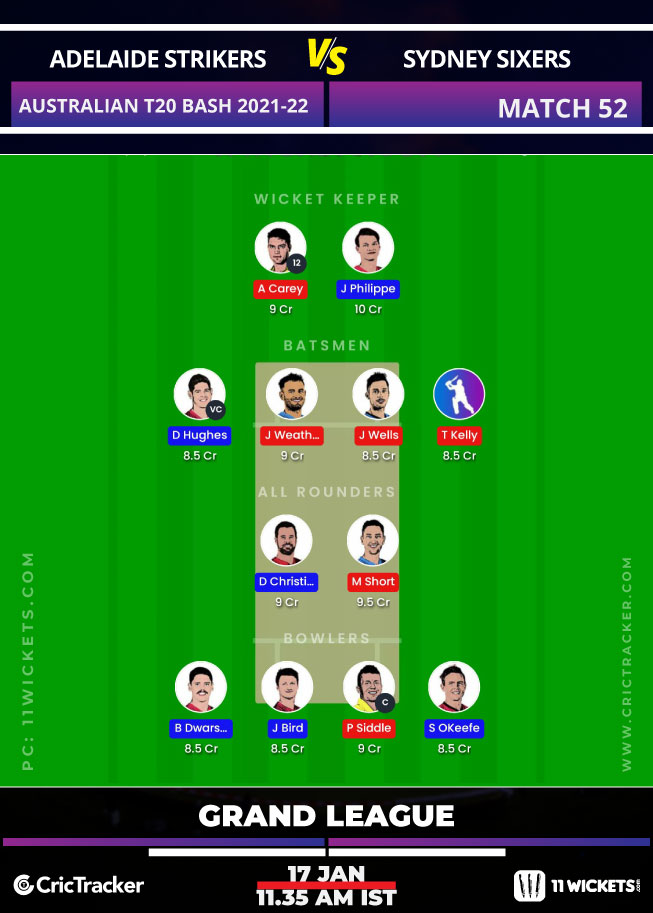